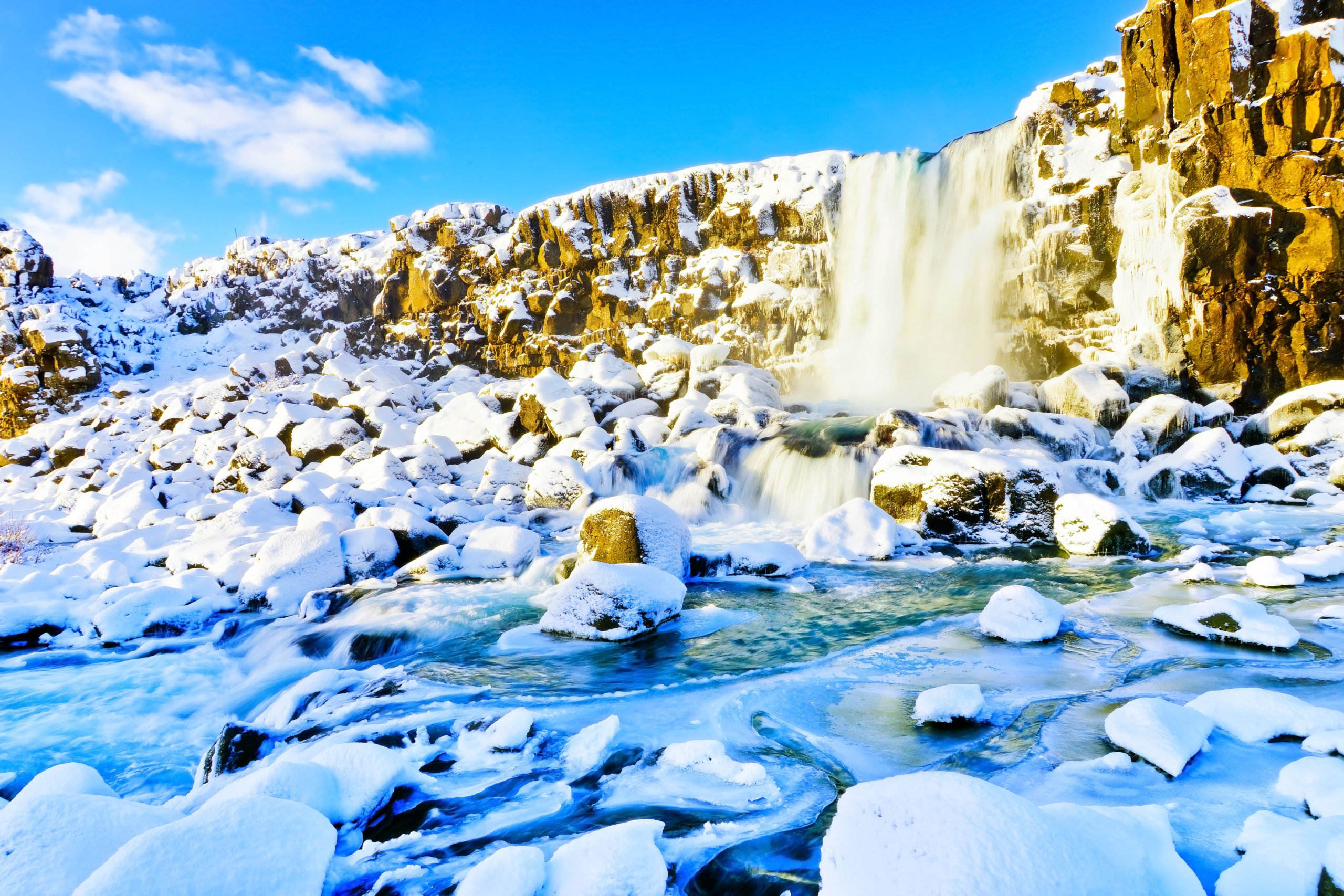 The Golden Circle is one of the most popular sightseeing routes in Iceland, boasting three unique attractions on the southwest of the island. The route is named after the Gulfoss (‘golden’) waterfall and you can be complete it in one day! The highlights are just a two-hour drive from the capital, Reykjavik, and this Golden Circle day trip makes seeing the area simple. Enjoy our Golden Circle Travel Guide, then rent a car or join a tour – because you won’t want to miss this golden trifecta in person!

Located just 45 mins from Reykjavik, Thingvellir National Park is usually the first stop on any Golden Circle Travel Guide. It is the oldest of the island’s National Parks and the only one designated as a UNESCO World Heritage Site! Thingvellir is a volcanic area with long stretches of lava. It’s located in the rift valley that runs across the island. The movement of the Eurasian and North American tectonic plates which meet in this area created the valley. The sheer cliffs that greet you on arrival at Thingvellir are the extreme corner of the North American continent.

No volcanic eruptions have occurred in the area for over 2,000 years. Today much of the rock is covered with moss and trees. The tectonic plates are continually on the move and growing further apart at a rate of about 2.5 cm each year. The ravine that separates the plates is full of freshwater. It is perfect for diving or snorkeling with an experienced guide in the Silfra Fissure. The ravine is full of melt-water from the Longjökull glacier, and is amazingly clear with a visibility of more than 100 meters! Take note that you are going to need drysuits, as the water in the ravine is 2 degrees Celsius throughout the year. Unsurprisingly, this location is one of the top ten dive sites in the world!

Thingvellir is just as important historically, as it was home to the first settlers in 800 AD. The first government was formed in 930. Afterwhich, each of the 30 communities inhabiting the area started sending a representative to the government. In fact, ‘Thingvellir’ means ‘fields of Parliament’. This assembly, known as the ‘Althingi’ met annually. For hundreds of years the meeting was held in this area until in 1844, it was relocated to Reykjavik. This parliament remains the longest continuously running parliament in the world! Riding through the area on horseback will connect you to the history of this monumental area.

A popular stop on the tour is this geothermal park – a highly active area covering about 3 km with more than a dozen geysers and numerous pits of boiling mud. Geysers are hot water blowholes that shoot a plume of boiling water into the air – often 30 meters high or more. The term ‘geyser’ comes from the Icelandic word ‘gjósa’ which means ‘to erupt’. Interestingly, the geysers are situated broadly in a zone that measures about 100 meters in width and 500 meters in length, running southwest and mirroring the tectonic line.

Geysir is the most famous geyser in the world. In 1845 the recorded height of its plume of water was 145 meters. The geyser would erupt multiple times during the day and the eruptions would last up to one hour. The Geysir seemingly stopped erupting in 1911 but an earthquake in the area in 2000 reactivated it. Following that, Geysir continued to erupt for another few years but now lies dormant. The most impressive geyser is the nearby Skokkur. It erupts every 5-10 minutes, shooting water 20 meters into the air. This looks particularly dramatic on a cloudless day! For the ultimate experience, explore with a snowmobile adventure! Or zoom amongst the erupting geysers on this thrilling extreme Geysir buggy tour.

Quite possibly the crown of our Golden Circle Travel Guide is Gulfoss Waterfall. Its name means ‘golden waterfall’ and refers to the colored hues of its glacial waters. Or does it? There is a popular Icelandic legend that tells of a rich farmer called Gýgur who had so much money that he could not bear the idea of anyone else having it after his death. Gýgur carefully filled a large coffer with all his money and threw it into the waterfall – giving Gulfoss its golden name!

The Gulfoss waterfall is one of the world’s best waterfalls. Unlike many other waterfalls, you can experience the view from the top from various vantage points – including one located on the side of the waterfall. The Gulfoss Waterfall is on the Hvítá river (‘Hvítá’ means ‘white’) and comprises of two waterfalls which have a combined drop of 32 meters. The larger waterfall tumbles 21 meters! The Hvítá flows south-westwards through a canyon and is fed by the meltwaters of the Langjökull (Long Glacier). During the summer months, the meltwaters are at their greatest and the waterfall has its highest flow rate – an impressive 2,000 cubic meters per second. Explore Gulfoss and more on this 5-day tour package in the Golden Circle and beyond.

The first tourists visited the waterfall in 1875. Even back then they needed an expert guide. Sigriòur Tómasdóttir (1871-1957) lived nearby with her family and became a popular character linked with the falls. She was one of ten children and, because early tourists found access to the falls difficult, Sigriòur and her siblings would act as guides. Together they created the first trail for visitors to follow. Sigriòur always fought for the preservation of the waterfall she loved. In 1979, the Gulfoss and its environment became a nature reserve to protect it for future generations. A memorial stone was erected in honor of Sigriòur, near her beloved waterfall. But will the waterfalls stay protected? Some in Iceland debate whether to harness powerful waterfalls to produce hydroelectricity, while others want them to stay just as they are.

The Golden Triangle is an absolute must-see on any Iceland trip. Adding a dip in a lagoon makes for the perfect Golden Circle day trip. Once you’ve explored all of Iceland’s natural wonders, don’t miss out on its urban delights. Read our Reykjavik city guide to learn all you need to know about venturing to the city. This stopover tour is perfect for a day in the Golden Circle for anyone stopping over in Reykjavik. Or if you’re in the mood to relax after all that hiking, check out our spa and wellness guide to Iceland. And to take all the guesswork out of combining all the best attractions in a multi-day trip, check out these Iceland packages, which take you to the Golden Circle and beyond. 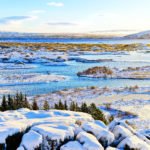 Golden Circle & Horse Riding from Reykjavik From $165 per person 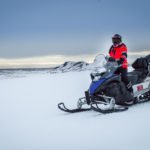 Golden Circle Snowmobile Adventure from Reykjavik From $349 per person 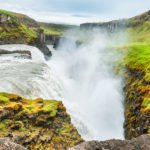 Golden Circle Small Group Tour from Reykjavik From $89 per person 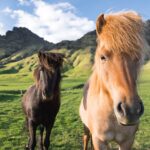 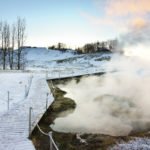 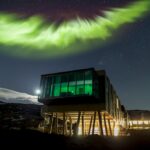 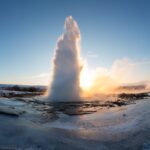 Tours of the Golden Circle