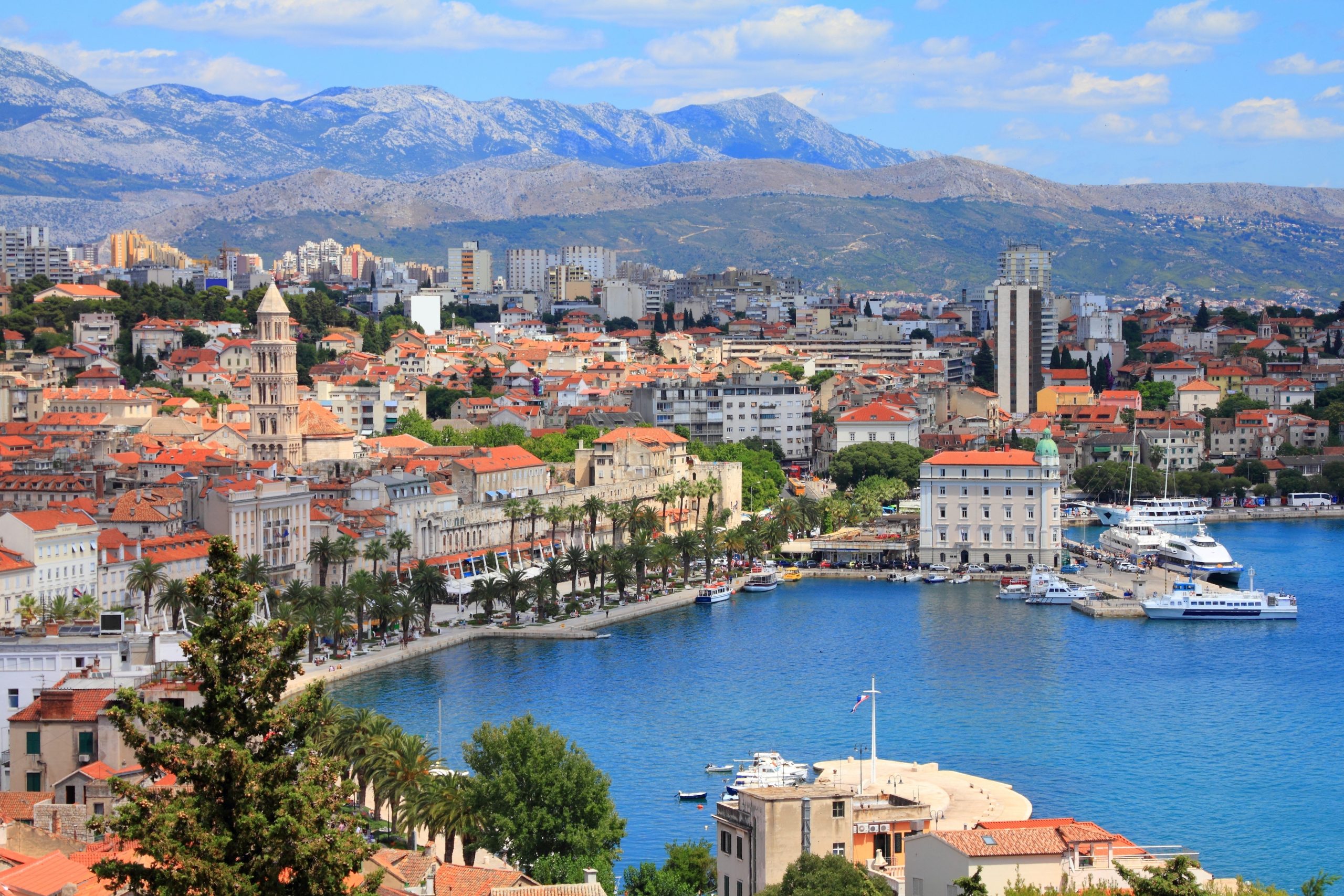 Getting to and from Split Airport

If you’re dreaming of Croatia’s island-speckled waters and enchanting seaside towns, you’re not alone. Every summer, travelers flock to the country’s idyllic Dalmatian Coast to soak in the balmy waters of the Adriatic Sea and explore picturesque towns like Zadar and Dubrovnik. If you’re headed this way, you’ll likely be landing in Split Airport – either directly or via Zagreb. Getting to and from Split Airport is simple and offers many choices– you can even transfer via ferry boat. Once there, explore the city highlights with a Split Walking Tour!

Where is Split Airport?

Officially known as Zracna Luka Airport, Split Airport is the major hub in Croatia for the country’s idyllic beach-side destinations along the Dalmatian Coast. While smaller in size (especially in comparison to Croatia’s main international airport in Zagreb), Split Airport handles over 200,000 travelers during its peak season in August. The airport is actually located a short distance from Split, in the small town of Kastela. Fortunately, you will easily find a variety of ways to get to and from Split Airport – no matter what your final destination.

Traveling by public transportation is always a unique way to immerse yourself in the local culture and experience how Croatians go about their daily routines. If you’re ready to mingle with the locals, Split’s public transit lines offer you two options. The first is to travel solely by public bus (operated by Promet Split) – the no. 37 bus will take you to Split’s local bus station in just under an hour for 17 HRK. Alternatively, you can take the public bus and train which will take you to Split’s central train station, just next to the Diocletian’s Palace.

One of the most popular ways to get to and from Split Airport is by airport shuttle bus – operated by the Pleso Prijevoz bus transfer company. The shuttle departures vary according to the Croatia Airlines flight schedule, and will take you directly from the airport into Split’s main bus station in 30-40 minutes. A one-way ticket costs 30 HRK and a round-trip ticket is only 40 HRK.

Recently introduced in 2019, now you can travel between Split Airport and downtown Split by ferry boat! This service, run by Catamaran Line, operates 8-10 times per day between the months of May and August, taking you on a scenic 20-minute journey through the balmy waters of the Adriatic Sea. One-way tickets cost 99 HRK and should be purchased in advance, online or at the Riva travel agency in Split.

And if you are heading from the airport straight to an island retreat, you can board the catamarans operated by SplitExpress that will take you directly to Bol (Brac Island) and Stari Grad (Hvar Island).

If you’re planning to do some cruising along the dreamy Dalmatian Coast, it might be worth your time to look into car rental options at Split Airport. Here, you’ll find plenty of rental services available. But if you’re traveling during the peak summer season, it’s advised to reserve a car prior to your arrival!

As you would expect, Split Airport has its own taxi service just outside baggage claim. And if you’re traveling with younger children, a big group, or some extra luggage, taking a taxi to and from Split’s city center is one of your most convenient options. Depending on where you’re headed in Split, a taxi will cost around 300 HRK. Alternatively, you can find an Uber when you land – they offer a flat fee of 225 HRK for rides between the airport and the city.

For total peace of mind, there is nothing better than booking a private airport transfer in advance. With a private transfer, your driver will pick you up right at arrivals or your hotel, assist you with your luggage, and take you directly to your final destination on a hassle-free journey! If convenience is your priority, a private transfer is the ultimate option for getting to and from Split airport.