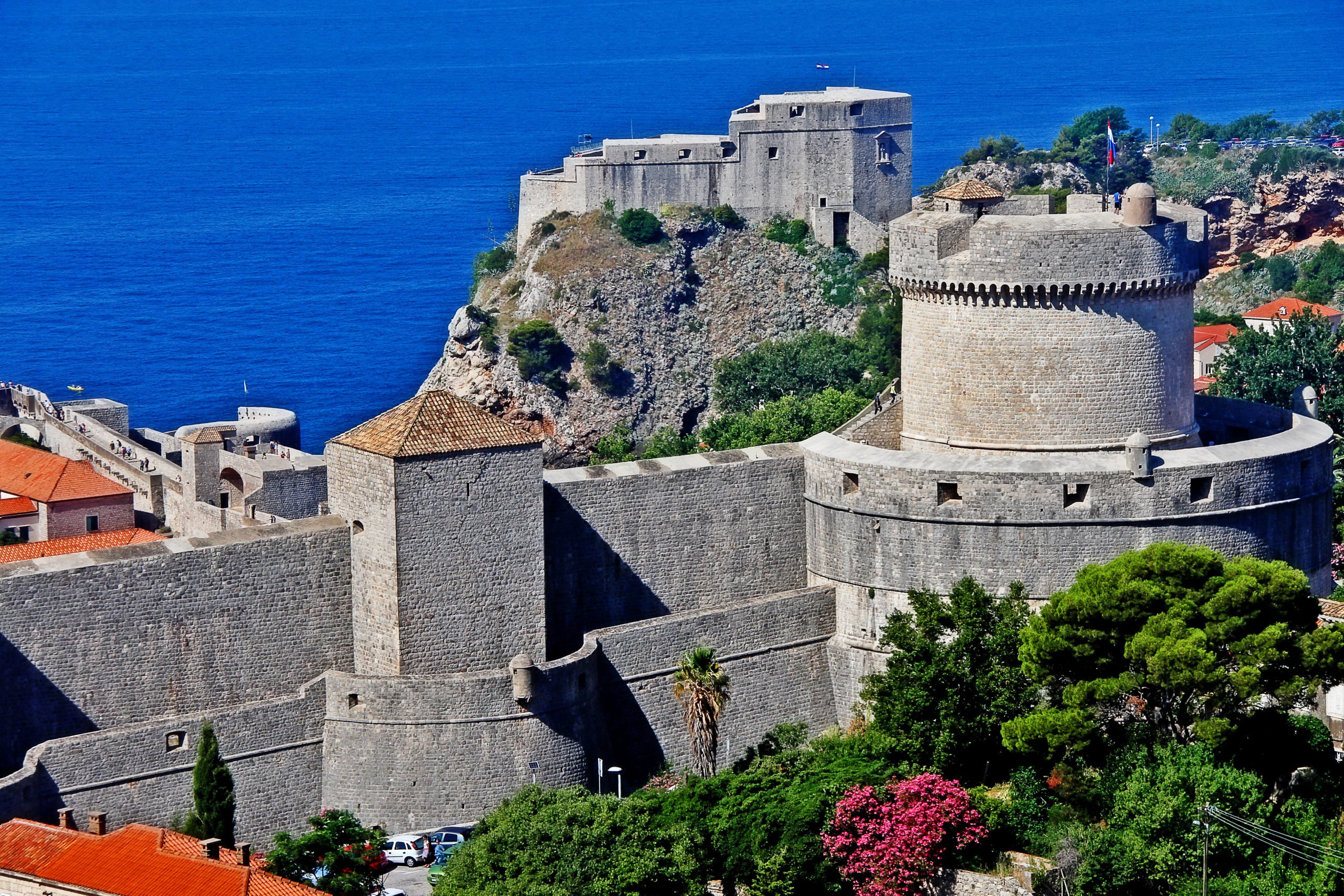 Croatia is a country of contrasts – bursting with sparkling lakes, verdant mountains, medieval cities, and architectural gems. So there’s no doubt as to why the country was a favorite filming location for HBO’s Game of Thrones. Ancient fortresses, cobble-stoned streets, and castles were reborn as Kings Landing. The island of Lokrum is where Daenerys Targaryen encountered the Spice King. And the historic cities of Šibenik, Trogir, and Split were transformed into Braavos, Qarth and Meereen. Avid fans will be delighted to discover the Game of Thrones filming locations in Croatia. So prepare to step into the screen and bring your favorite hit-series to life!

Of all the Game of Thrones filming locations in Croatia – Dubrovnik should be at the top of your list! Its winding labyrinth streets and historic walled-city made it the perfect setting for King’s Landing. Begin with a tour, along St Dominika Street, where Cersei completed her ‘walk of shame’ as penance for her sins. Then continue to 14th century Ploče Gate and Minčeta Tower – an exterior location for Qarth’s House of the Undying. Head toward the sea to Pile Bay, also known as Black-water Bay. Then visit Lovrijenac Fortress, which doubled as the ‘Red Keep’ in the series. Here, you’ll recognize scenes from ‘The Purple Wedding’ and the tournament thrown in honor of King Joffrey. Whats more, the Ethnographic Museum located in an old granary is the site of Littlefinger’s house of ill repute!

Lokrum Island lies just 15 minutes from Dubrovnik by boat. Its a small island with lush vegetation and rocky inlets – first introduced to the show in season two. Parts of Qarth and Daenerys’ meeting with the Spice King were filmed here. It’s a tranquil escape from the city, boasting hiking trails, swimming spots, and botanical gardens. In addition, the island’s former Benedictine monastery houses a Game of Thrones exhibition, with a replica of the Iron Throne. One of the best ways to visit is via a kayak trip at sunset. As warm ochre light hits the city walls of Dubrovnik, you’ll achieve some of the most spectacular photographs of your trip!

Nestled on a clifftop, 18 kilometres from Dubrovnik, Trsteno Gardens and Arboretum encapsulates the natural beauty of the region. GOT fans will recall many scenes filmed here during seasons three and four. The botanical oasis became Tyrell High Gardens – where Lannisters and Tyrells plotted their cunning moves. Most scenes were shot beneath the beautiful Belvedere Pavilion, overlooking the shimmering Adriatic Sea. Wander around and discover myriad tree and plant species along with Gothic-Renaissance architecture.

Croatia’s second largest city boasts impressive Roman ruins, stunning beaches, fine restaurants, and lively nightlife. In addition, Split is home to some of the most iconic Game of Thrones filming locations in Croatia. Fans can explore Diocletian Palace and the historic Roman Changing of the Guard outside. The palace was transformed into the fictional city of Meereen for the show. Join a tour, and visit the palace cellars, Daenerys’ dragon keep, and Papaliceva Street – where the Slave Rebellion took place. If you have time, enjoy a short drive to 2nd century Klis Fortress to view the iconic location where Daenerys released the slaves. The hilltop fortress, surrounded by cypress trees and mountains, is an impressive attraction outside the context of its GOT fame.

The City of Qarth was filmed in Trogir, a few miles from Split. Its Venetian influences, terracotta rooftops, ancient market squares, and palaces brought scenes to life. The Cathedral of St. Lawrence is a highlight, a Romanesque – Gothic structure in the heart of the city. Climb to the top of the bell tower to gain a bird’s eye view of Trogir. After, walk to the historic Kamerlego Castle, where many Qarth harbor scenes were filmed.

Medieval Šibenik, with its labyrinth alleyways and azure waters, was the obvious choice for the fictional city of Braavos. St. James’ Cathedral was transformed into the imposing Iron Bank and St. John’s Fortress became the fearless fighting pit in Meereen. The entrance to the old city is instantly recognizable from the scene when Arya first arrives in Braavos. In addition, Šibenik is just a short drive from beautiful rivers and waterfalls where several Westeros scenes were filmed.