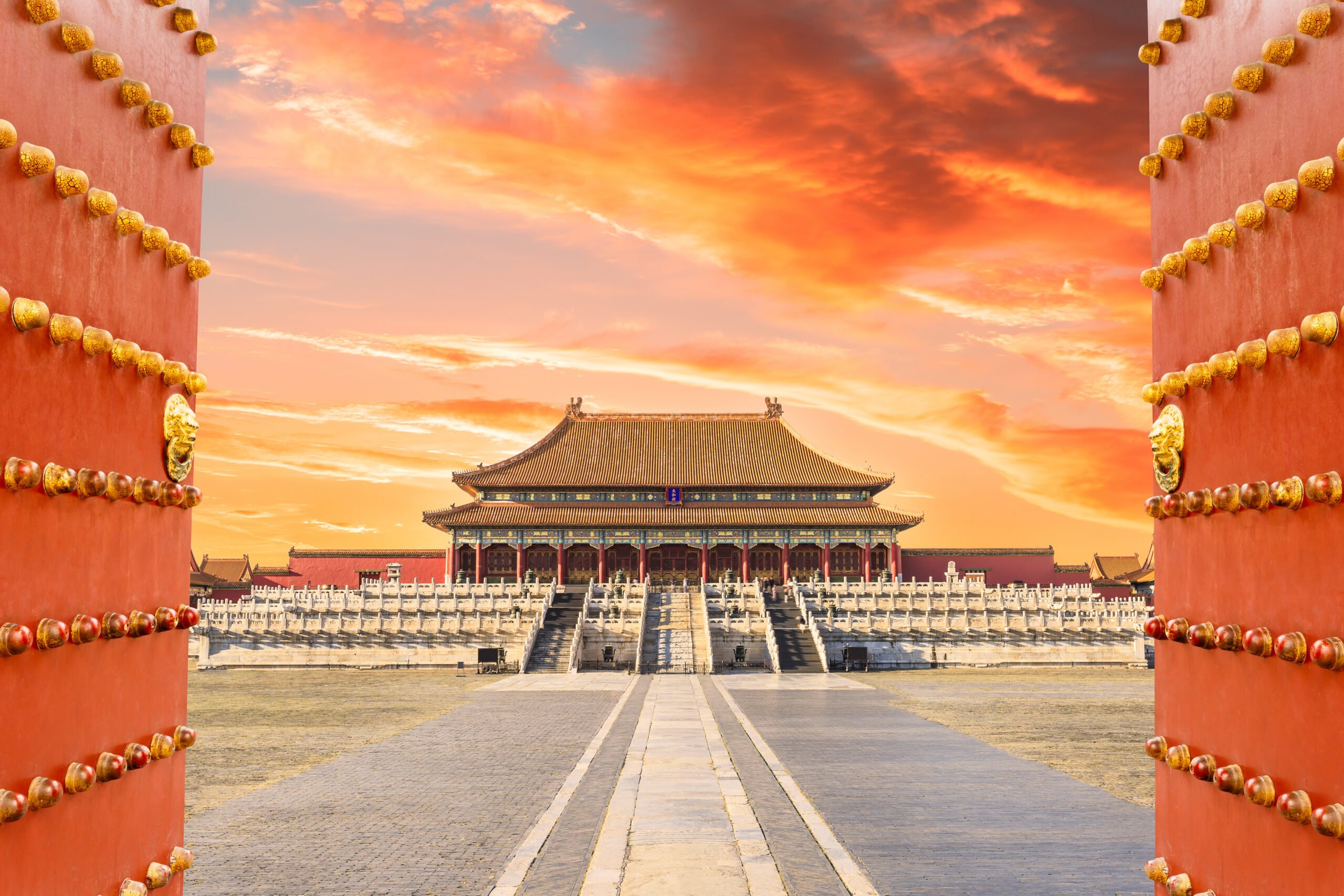 Don’t leave home without our China Culture Guide. The fourth-largest country in the world, China is as geographically huge as it is culturally diverse. Imagine visiting the roof of the world on the Tibetan Plateau or gazing up the dazzling buildings of Shanghai’s Bund. Picture yourself floating down the waterways of the Venice of the East on our Suzhou Private Tour. Or hike along one of the New Seven Wonders of the World at the Great Wall of China. Find out more with our wide selection of China Tours. Wherever your Chinese journey takes you, the Middle Kingdom offers adventures like nowhere else on earth.

With customs that differ greatly from the West, it’s common for first-time visitors to experience a little “culture shock”. Through this China Culture Guide, we can help you to navigate the fascinating world of Chinese culture.

Stretching for more than 3,250m from east to west and 3,400m from north to south, China’s varied landscape provides the backdrop for vast cultural differences. This includes the expanses of the Gobi Desert in the north to the famous Yellow River. Known as the birthplace of Chinese civilization, the river runs from the western province of Qinghai all the way to the Bohai Sea in the east. The longest river in Asia – the Yangtze – has played a hugely important role in China’s history, economy, and culture for thousands of years.

China has also seen the biggest internal migration of people in the world in the last 100 years. With booming mega-cities and new industrial towns, there was a mass migration of people from the rural countryside looking for work. This usually saw young people moving from the western provinces to the large cities of the East, especially around the coast. In response, China launched a Go West policy with the aim of encouraging economic development in the western provinces, including Xinjiang, Inner Mongolia, and Yunnan.

With such a huge landmass, it’s no surprise that China is home to a diverse range of ethnic minorities. While Han Chinese make up over 90% of the population, there are more than 50 ethnic minority ethnic groups living across China.

From the horse-master Mongols of the north to the Miao people of Guizhou, the Naxi population of Yunnan – with their unique Dongba glyphs – to the wide-spread Hui Chinese Muslims, China’s ethnic groups are a fascinating part of this huge country’s culture.

Although Standard Mandarin is the official and most widely spoken language, there are many different dialects throughout the country. Mandarin is considered one of the most difficult languages to learn in the world. Try even a few easy words and you’ll impress the locals. Start with the basics: Nǐ hǎo (pronounced nee-haow) means Hello while Xiè xiè (pronounced sshyeah-sshyeah) means Thank you. You can also ask How are you? by saying Nǐ hǎo ma? Or introduce yourself by saying Wǒ jiào…(pronounced wuh jeow…) Other words to listen for are; Zhōngguó (China), Wàiguó rén (foreigner), and Péngyǒu (friend).

Understanding Chinese politics and its influence on China culture can sometimes feel daunting. But with a little bit of advice, you can feel confident about your China tour. The People’s Republic of China is run by the Chinese Communist Party (CCP) whose leader is Xi Jinping. As a communist country, some rules and regulations may seem strange to those traveling from the West. One of the big differences you might notice is the block on global websites like Facebook and Instagram. You might hear this referred to as the Great Firewall of China!

Generally it’s best not to discuss topics that may be perceived as critical of China. Particularly sensitive subjects include the areas of Tibet, Taiwan, or Xinjiang. It’s wise not to mention these, or discuss China appearing in recent Western media.

While China might officially be an atheist country, the Chinese Communist Party states that it recognizes many of the major religions. This includes; Buddhism, Islam, Catholicism, Protestantism, and Daoism. In China, religion and philosophy can often be intertwined. Taoism and Confucianism are two examples of philosophical beliefs in China that also carry a religious element.

Many people in the West believe that all religions are banned in China. Although this isn’t entirely true, the Chinese Communist Party does monitor all religious groups very closely. It’s best not to voice an opinion about religion or the treatment of religious groups in China.

As a foreign visitor in China, you will be treated as a guest of the country. You may find yourself being invited to dine with new friends and family in their homes. This is a fantastic opportunity to experience authentic Chinese hospitality first-hand.  Chinese meals tend to comprise of many shared plates, rather than the typical one-plate dinners served in the West. Chinese hosts will usually serve far more food than their guests can eat as a sign of their generosity. Likewise, guests are not expected to finish everything on their plate. To be polite, you should always leave a little food as a sign that you are satisfied with your meal.

Your host will likely want to make at least one toast during dinner. Often these are made with China’s popular alcoholic spirit called baijiu. The customary way of saying cheers in China is to shout gānbēi! This literally translates as dry your cup! but you don’t always need to drink it in one go! Watch your fellow diners and follow their lead. To show extra respect to someone, clink the rim of your glass against the bottom of theirs during a toast.

China only reopened to tourism in the late ’70s and Western tourists are still something of a novelty outside of the big cities. Those who’ve never had the chance to see or met a foreigner before might treat you like a celebrity. This is especially true for travelers who are Black, fair-haired, or red-headed.

Some people might want to take your photo or pose for a picture with you. It can sometimes feel overwhelming if you draw a large crowd but it can also be a great way to meet the locals and practice some Chinese words!

One of the most important aspects of Chinese culture you will hear about is the concept of “Face”. In China, your words and actions can either “give face” or “lose face”. This idea is present in everything from social standing to business and family responsibilities. It can be hard for Westerns to fully understand the emphasis placed on “face” within Chinese culture. As a foreign visitor, most Chinese people won’t blame you if you accidentally cause them to lose face. But the more you can try to understand the idea, the more respect your new Chinese friends will have for you.

LGBT travelers should be aware that, while homosexuality is legal in China, same-sex marriage is not. There are no anti-discrimination laws, which can cause confusion about LGBT rights. Same-sex couples kissing on the street are likely to raise a few eyebrows. However, it is common to see many same-sex friends holding hands and hugging in public. The gay scene remains fairly hidden in China but has grown over the last few years. There are several new bars, clubs, and events popping up across the country’s biggest cities. Chengdu and Xian are two of the new hotspots for gay travelers.

China has many traditional holidays and festivals. The longest holiday is Chinese New Year, often known as Spring Festival. Most of China will travel to visit their family at this time, making public transport exceptionally busy. Colorful holidays – filled with decorations, fireworks, and food – include Tomb Sweeping Festival and Dragon Boat Festival. If you’re visiting during Dragon Boat Festival, be sure to try zongzi – delicious sticky rice dumplings wrapped in bamboo. Later in the year, China celebrates Mid-Autumn Festival and National Day Holiday. Expat communities in the big cities also celebrate Western holidays including Christmas and Halloween.

China’s luckiest color is red. Wedding decorations and hóngbāo (traditional money envelopes) are usually red as the Chinese believe it symbolizes wealth. White symbolizes death and is therefore often worn at funerals, rather than weddings like in the West! Chinese people are highly superstitious about anything symbolizing death. One important thing to remember is that you should never leave your chopsticks sticking upright in a bowl of rice. Making an offering to a spirit is the only time this is acceptable.

Now that you’ve read our China Culture Guide, it’s time to plan your own adventure. Start with our highlights of China Express 7 Day Private Package Tour. Or browse our hand-picked collection of the best hotels in China. As the ancient Chinese proverb goes, “A journey of a thousand miles begins with a single step.” Start your China journey now! 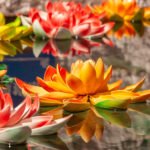 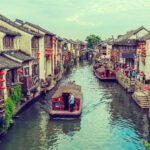 Suzhou Private Tour from Shanghai From $159 per person 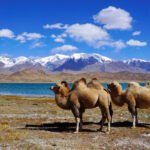 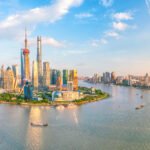 Best of Shanghai Private Day Tour From $138 per person 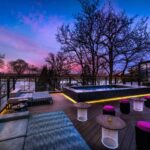