Unlike the majority of tourist attractions within Japan, the island of Yakushima is not the simplest place to reach. An enchanted subtropical island lying directly between the south-west tip of Japan in Fukuoka, and its fellow subtropical islands of Okinawa, Yakushima’s famous lush-green forests have created a beauty which has made Yakushima a magical spot worth the journey to reach.

Yakushima is certainly not a tourist attraction for everyone; it caters specifically to those who are interested in hiking and exploring natural Japan, away from the crowds, and for those who love the outdoors, Yakushima’s enchanting forests are unlike anywhere else in the country and offering something that few others places can, isolation.

It is believed that Chinese priests arrived on the island of Yakushima as early as the 7th Century but Yakushima wasn’t very prominent until the Edo period’s reliance on lumber as a vital building supply. The vast number of Japanese cedar trees (the much-revered Yakusugi) were priorly left untouched but this all changed under the guidance of the Shimazu clan, with the logging of the ancient Yakusugi trees only coming to a close in the late 20th Century. 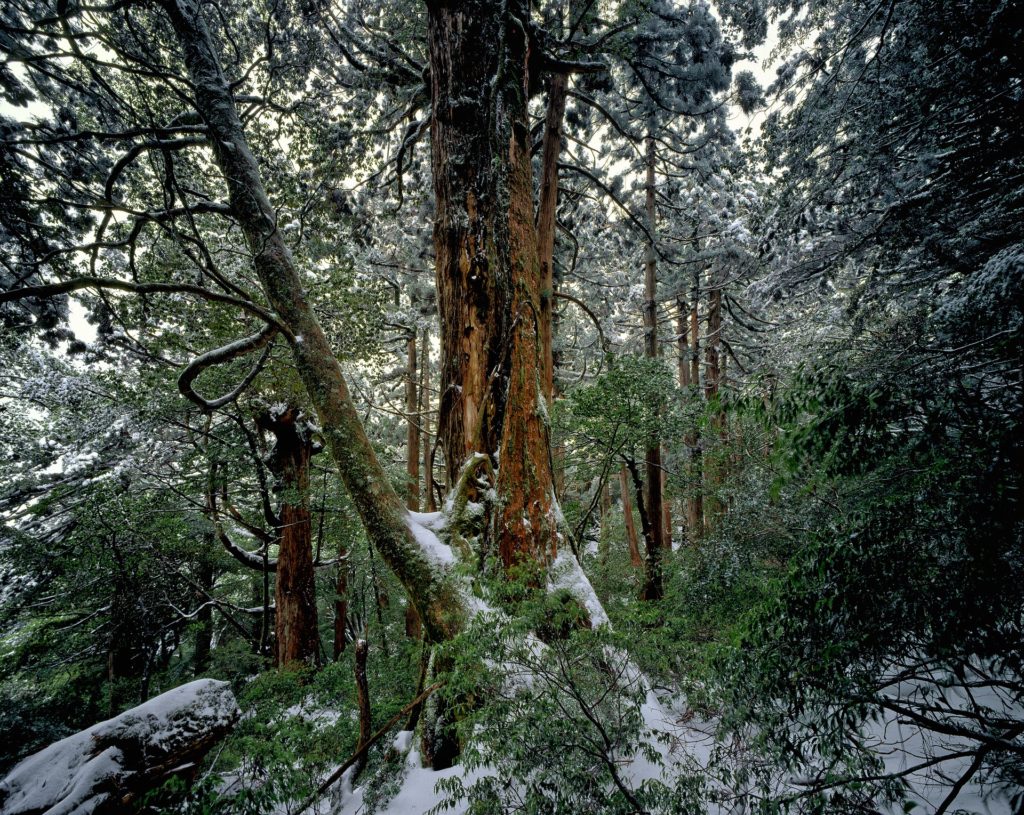 Following this ruling, the population of Yakushima has steadily declined and now rests at just over 13,000. Though it has a total area of over 500km2, the annual tourist influx of almost 200,000 people per year causes some strain on the local infrastructure.

What to do in Yakushima

The main attraction in Yakushima arethe legendary Yakusugi trees and hiking is the best way to see the magnificent landscapes that the island has. The most famous of these trees (and yes, they are famous) is known as the ‘Jomonsugi’ which is believed to be at least 2000 years old. However, the only way to get there is on foot and to do it in one day would require a 10+ hour return trip. Thankfully, you can now camp nearby or spend the night in one of several mountain huts.

A much easier option for catching sight of these Yakusugi trees is to head to the Shiratani Unsuikyo Ravine which served as inspiration for the smash-hit Studio Ghibli film, Princess Mononoke. Both of these hikes, along with the nature park Yakusugi Land, are the most popular routes on the island, but almost all other routes will be almost deserted. So they should only be attempted by experienced hikers with ample provisions.

Anyone wanting to see both the Jomon Sugi tree and Shiratani Unsuikyo Ravine will need a minimum of two days to do so, although given how cheaply and how quickly Yakushima can be reached from Kagoshima, a day trip is possible. It would require an early start and you would need to come well prepared but it doesn’t compare to spending a night on this iconic island. 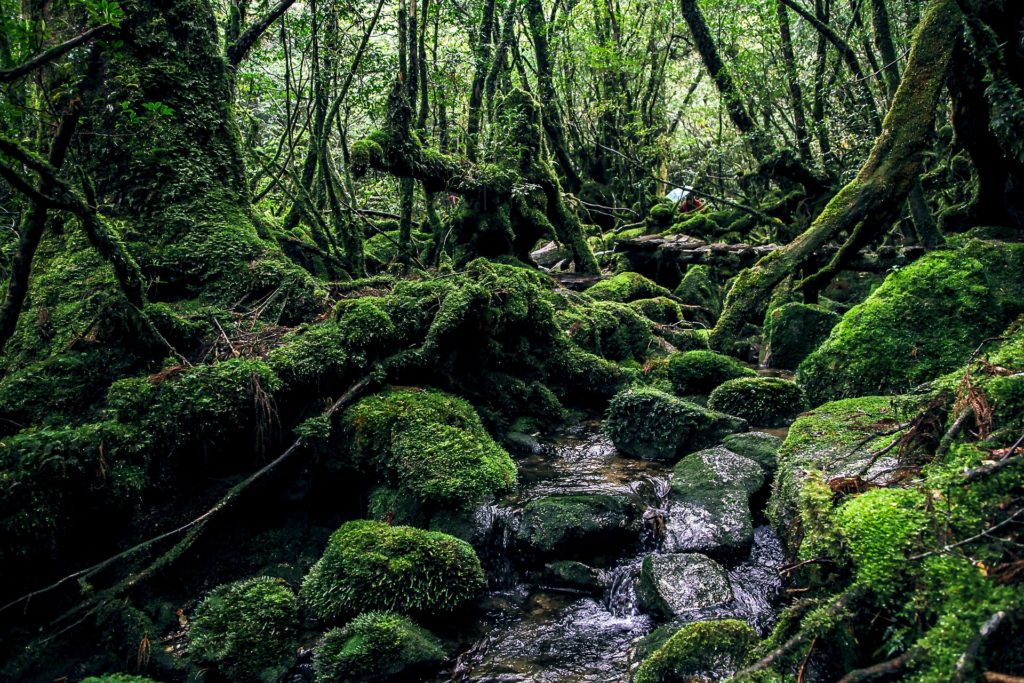 how to get to Yakushima

While the closest point to the Japanese mainland is Kagoshima prefecture, Yakushima is part of the archipelago known as the Osumi Islands which also includes the physically smaller but more populated Tanegashima which is home to the Japanese Space Centre.

Yakushima’s pacific location means that it collects more rain than almost anywhere else in Japan but is also home to some very large mountains, the tallest of which is Miyanouradake at 1,935m. While the island does have an airport, it only flies to Kagoshima, Fukuoka and Osaka.

The easiest way to reach it, therefore, is via ferry and there are several different options for doing so with the cheapest one-way ticket available for as little as 3.600 Yen (ca. 32 USD).