Where to Stay in Reykjavik 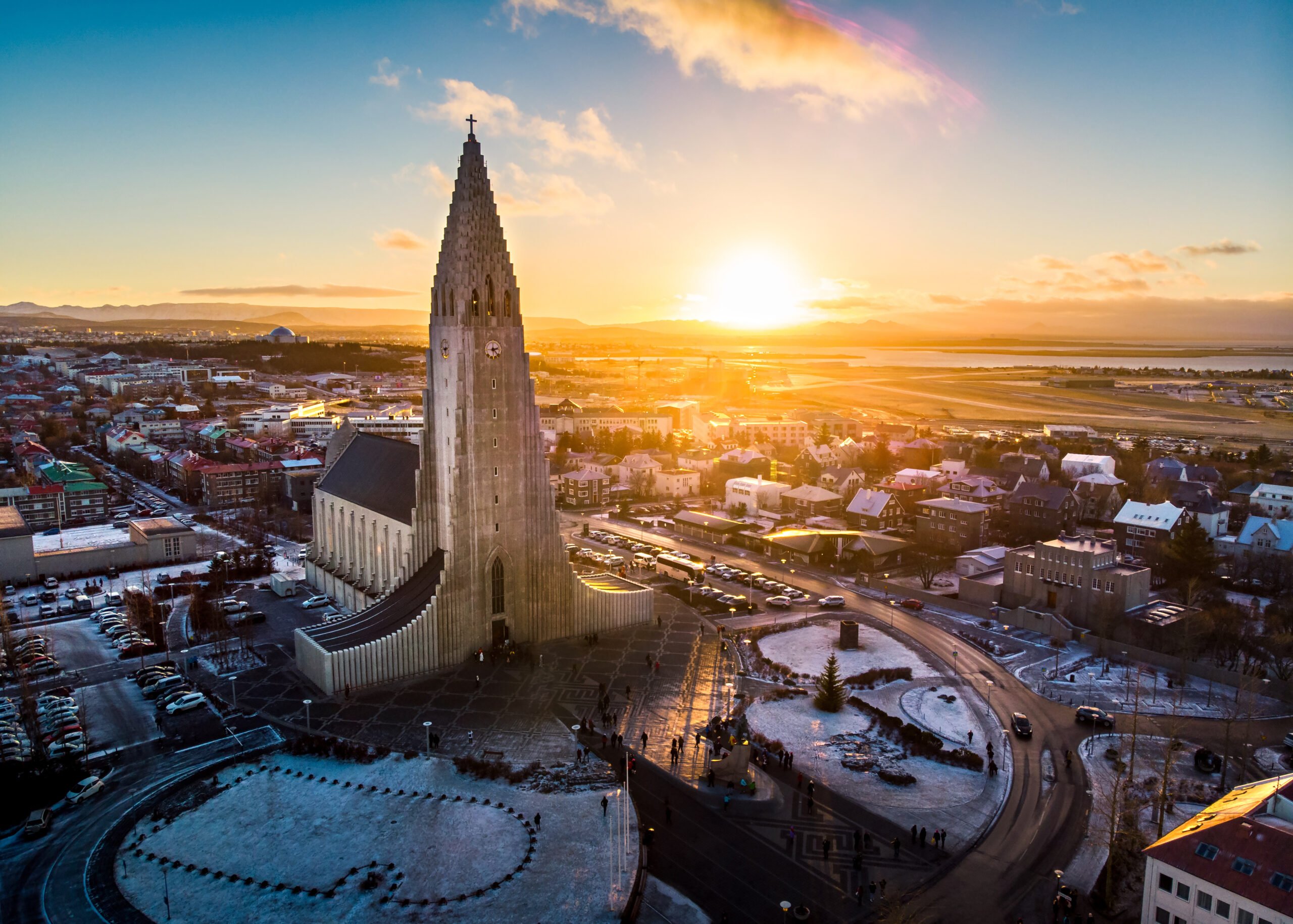 Reykjavik theme is effortless cool, and our guide on where to stay in Reykjavik helps you find yours. The world’s northernmost capital’s pleasant and surprisingly cosmopolitan streets exude a wealth of creativity. Our city guide explains the different areas and their vibes for first-timers.

Once not much more than a fishing village, it is now Iceland’s biggest city. Still one of the smallest in Europe, Reykjavik manages to combine a relaxed and unhurried ambiance. It boasts a thriving design scene we highlight in our design guide, smorgasbord of cafes, restaurants, and bar options. The much talked of nightlife is diverse enough to suit pretty much every taste. If none of the hotels below fit you, you’re welcome to look at the other hotels we recommend in Reykjavik.

Just east of Downtown, the neatly-planned and well-spaced out streets of Hlíðar are predominantly residential. As such, it lacks the nightlife of Miðborg, a short walk away. Its main draw is its overall tranquility and impressive green spaces and attractions, including the Perlan museum and planetarium. Its also home to the Nauthólsvík Geothermal Beach, the only one of its kind in Iceland. Overall, Hlíðar is a great choice for those traveling as a young family, or couples seeking a more laid-back scene than can be found Downtown. For a great family or romantic escape, why not try our New Year’s Eve bonfire tour, perfect for kids of all ages!

Next to the Icelandic Opera House and just a few hundred metres from Hallgrímskirkja and the shopping area of Downtown Reykjavik, 101 Hotel manages to be both clean-lined and maintain a sense of luxuriousness at the same time. Priding itself on its status as a design hotel, no feature, however small, has been left untouched by the careful hands of its design team, who have created a wonderland of contrasting white and black interiors that perfectly offset the harbor views on offer from some of the rooms. The 101 Hotel also boasts a spa, and small gallery displaying the work of local artists.

The simply yet tastefully designed wood-filled interiors of the four-star ION City Hotel demonstrate the best of modern local design, and act as the perfect accompaniment to any stay in Reykjavik. From use of green Icelandic birch to curtains made from the wool of Icelandic sheep, the hotel seeks to give visitors a sense of place and be the antithesis to the identikit chain hotels we all dread. Situated on Laugavegur shopping street in the ever-bustling Downtown district, a stone’s throw from the soaring heights of Hallgrímskirkja, the bar area is a particularly lavish retreat to return to after a day’s exploration, while the ION City also provides guests with access to their first-rate fitness center.

Situated on Laugavegur shopping street a short hop from the ION City Hotel and the city’s main sights, Sand Hotel blends subtle yet cozy design with excellent facilities. The stylish individually-finished rooms each contain a fridge, coffee machine and trendy Marshall speaker, alongside large windows that allow the exquisite Icelandic light to flood in. What’s more, a buffet breakfast is included, with the pastries coming from the Sandholt Bakery on the ground floor, which has been supplying the city with sweet treats for more than a century.

The historic heart of Reykjavik, the Downtown district is the pin around which the rest of the Icelandic capital pivots. You’ll also hear it called Miðborg and 101 (after its postal code designation). Its often tastefully simple buildings sit beneath one of the city’s main sights, the mighty mid-twentieth century spire of Hallgrímskirkja. This Lutheran church’s stylized buttresses make it look like a just-launched rocket reaching for the heavens. Home to many of Reykjavik’s most important museums, as well as the majority of its entertainment venues, bars and nightclubs, Downtown provides the perfect walkable base from which to take in all this majestic northern city has to offer. If the hustle and bustle gets too overwhelming, head out for a tour of southern Iceland.

Located on the eastern edge of Reykjavik’s Downtown area, Tower Suites offer just a handful of penthouse apartments on the twentieth floor of the city’s tallest building. Large floor-to-ceiling picture windows offering unrivaled views of the city and the bay combine with contemporary Icelandic style rich in textural detailing. Each suite boasts a complimentary minibar and use of an iPad, while a telescope adds a touch of old-world charm. Tower Suites also offer on-site parking and free Wi-Fi.

Set within an attractive turn of the century building just a couple of minutes’ walk from Lake Tjörnin, Kvosin Downtown Hotel has been fully-modernized inside with high-speed internet and suite-like rooms. The majority incorporate a kitchenette with fridge and cooking hobs as well as a dedicated dining space. Its boutique styling is matched by excellent attention to detail and friendly, knowledgeable staff only too willing to go out of their way to meet a guest’s individual requirements.

A faint nautical theme unites the interiors at Icelandair Hotel Reykjavik Marina. It sits on the Downtown harbor-side, while large windows, different colored woods, and vivid artworks add color into the mix. A certified Green Hotel less than five minutes’ walk from the city’s Art Museum among other sights, guests here might equally prefer to indulge beside the warm fire of high-ceilinged lobby space, pick from the menu of the Slippbarinn Restaurant, or sit back to take in an indie Icelandic film in the on-site cinema.

The nearby village of Selfoss, a charming town on the banks of the Ölfusá river, is less than an hour from the city and the perfect place for those looking to explore from a more peaceful base. Surrounded by thick woods perfect for hiking in the summer or snowshoeing in the winter, and with a town center bursting with quaint shops and restaurants, this may be the perfect spot to relax after long days of exploring. If you’re looking to get out of the city without having to stay there, our Golden Circle and secret lagoon tour from Reykjavik might be just your thing!

While it’s 45 minutes from Reykjavik, we couldn’t resist the charms of 360 Hotel and Thermal Baths in Selfoss. Large expanses of glass make the most of the stunning and ever-changing landscapes of pristine wilderness beyond. Warmth oozes from the hotel’s guest lounge and spacious rooms. Guests are also able to take advantage of the geothermal heated pool and traditional sauna. You can also enjoy a three-course set menu of farm to table ingredients and authentic Icelandic recipes that changes daily.

This fascinating city has tons to give to visitors. This incredible city appeals to design lovers, foodies, and history buffs. As the capital city, it’s a can’t-miss location, and its elegant charm will capture your heart. 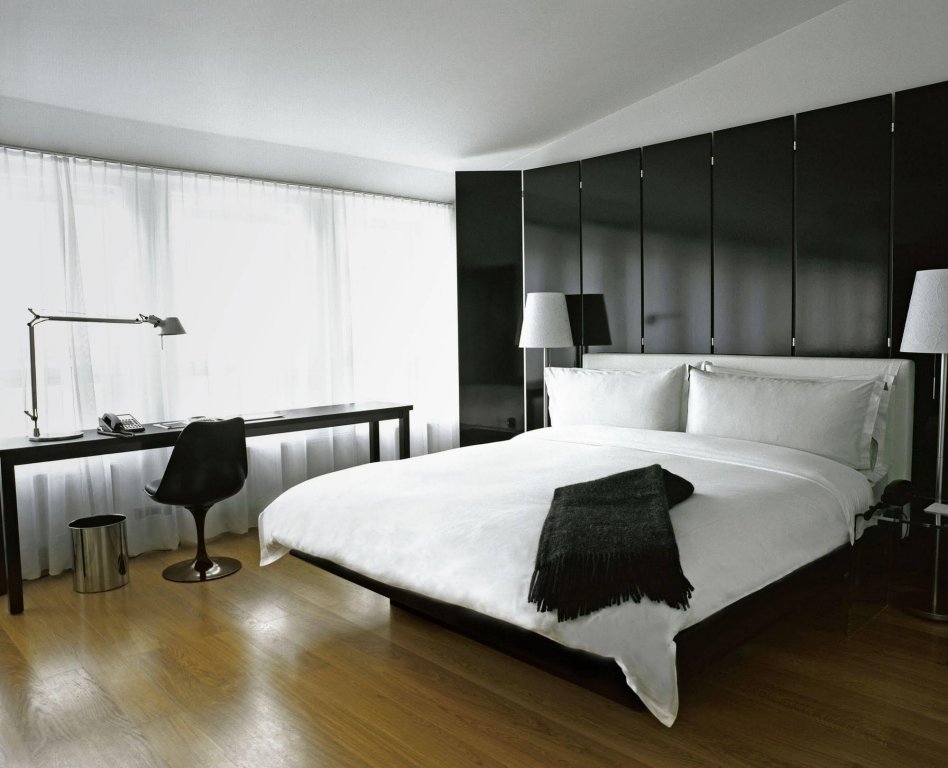 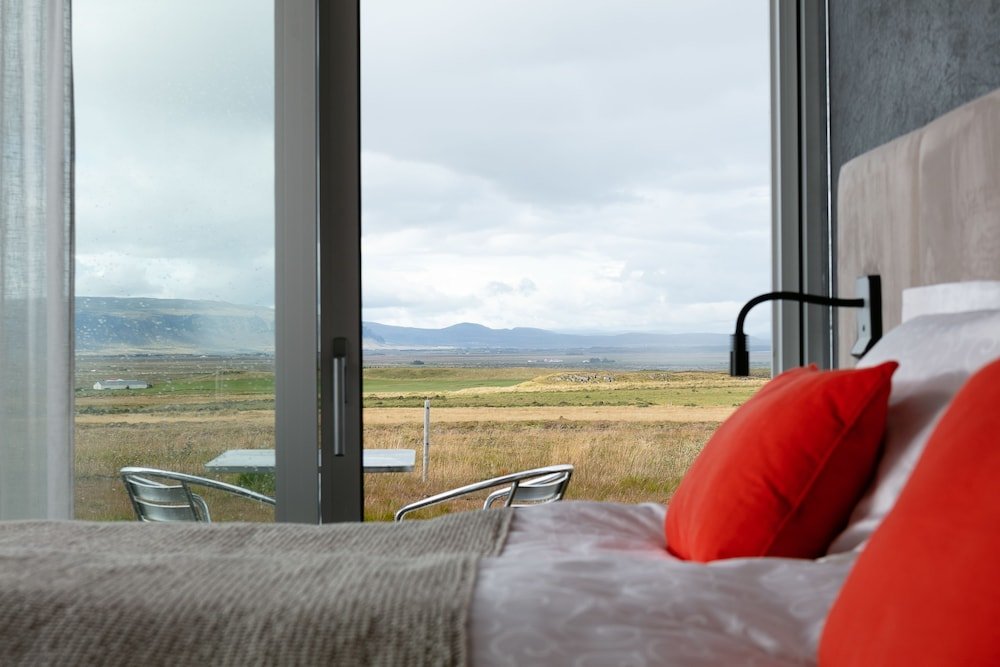 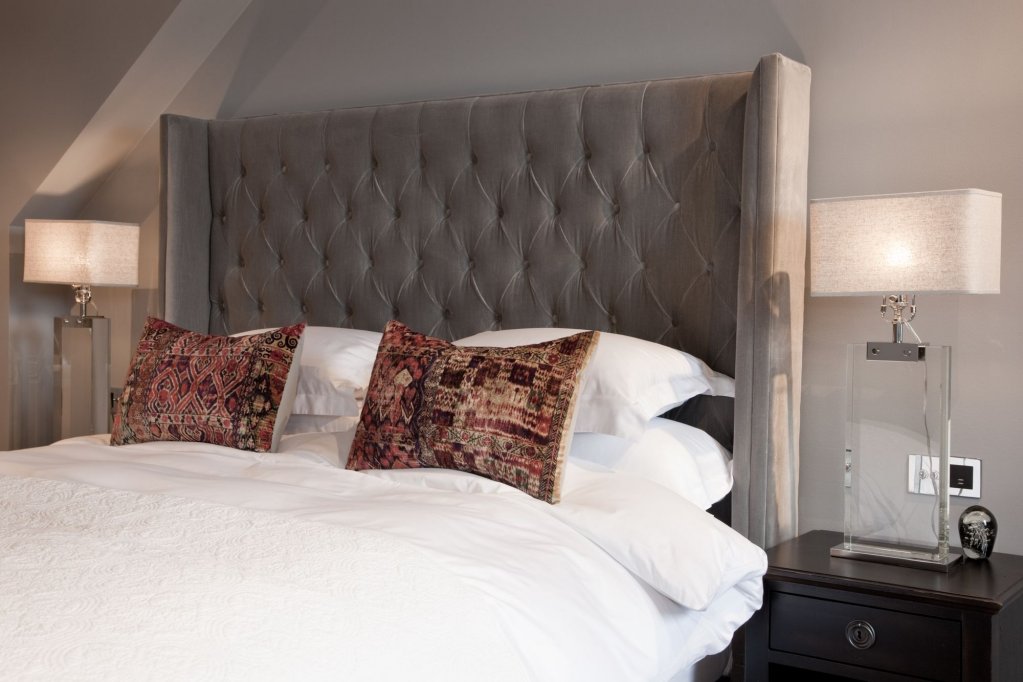 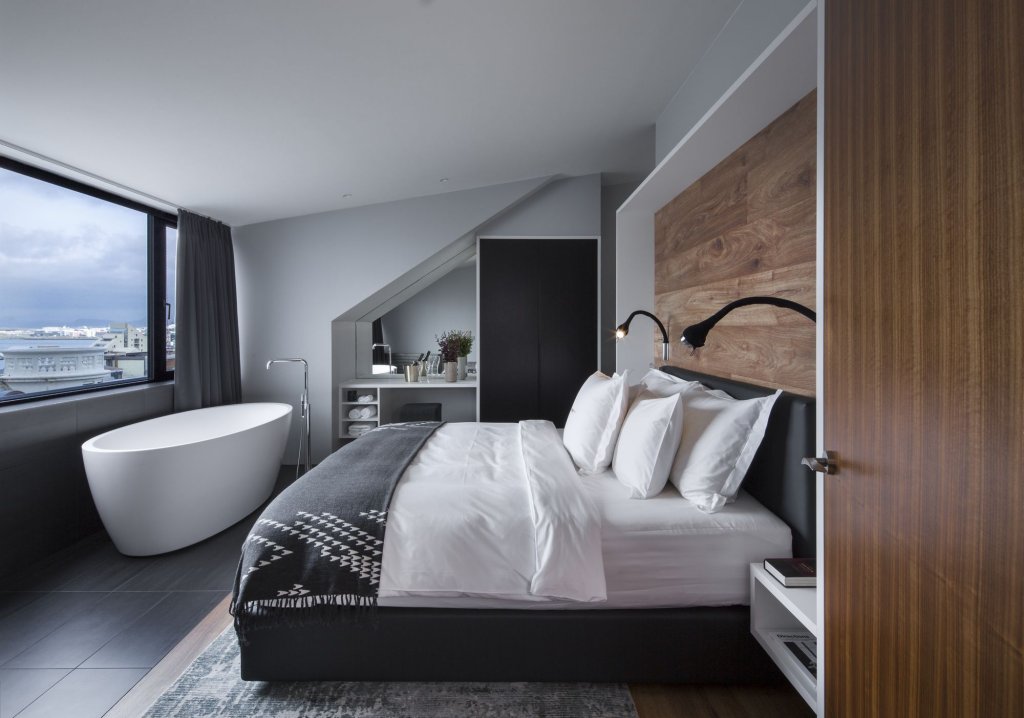 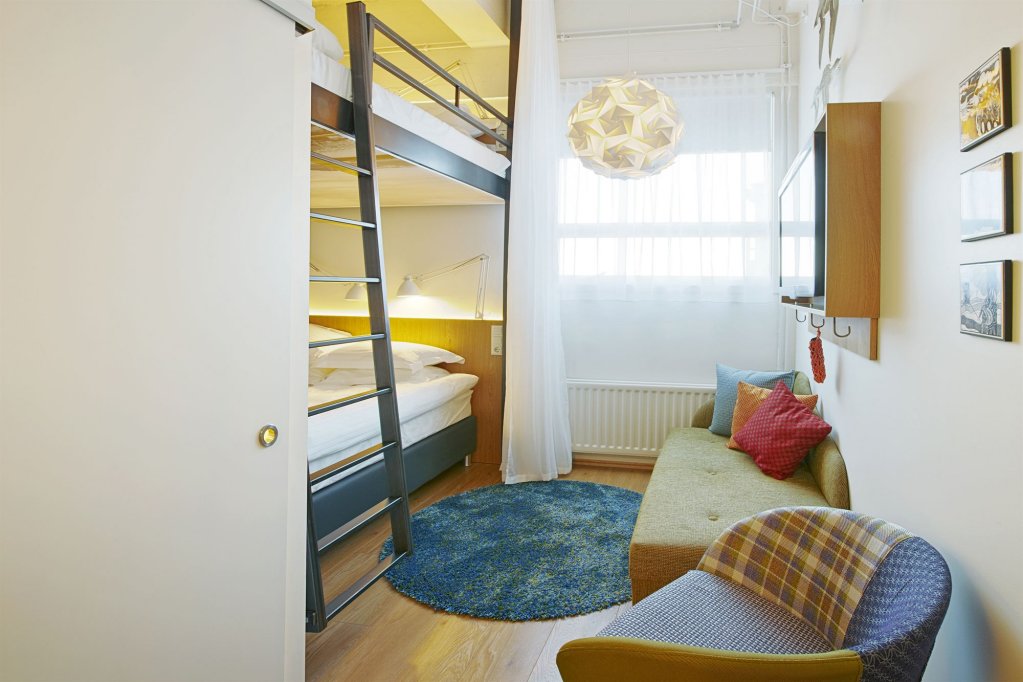 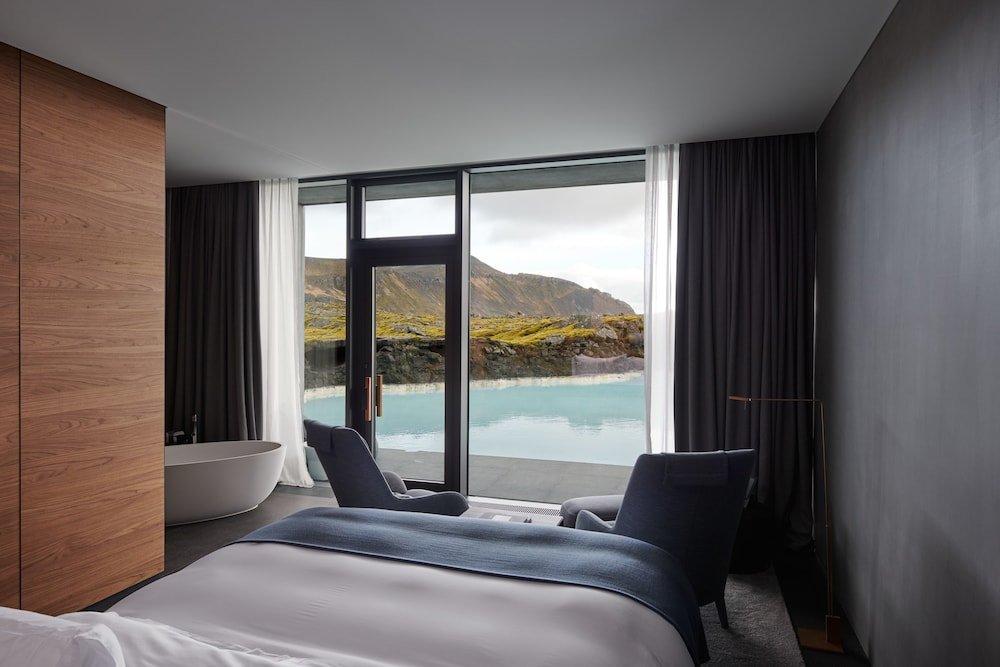 The Retreat at Blue Lagoon Iceland See Pricing and Details 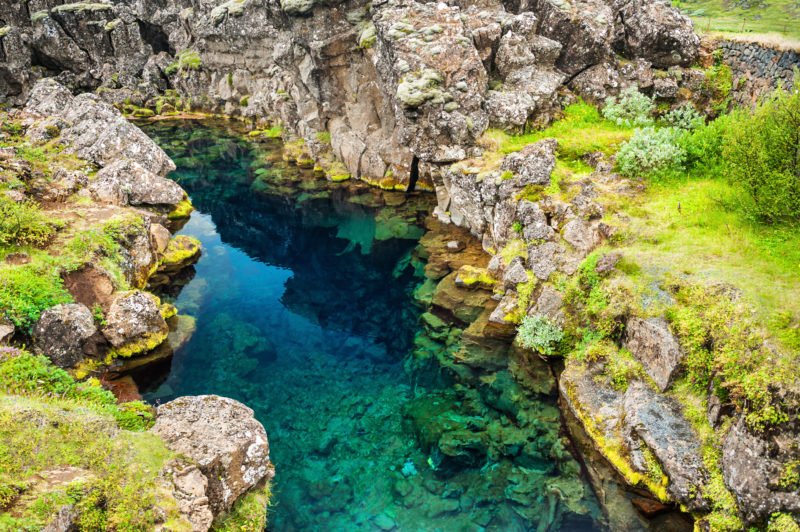 Best Things to Do in Iceland

How to Visit the Blue Lagoon from Reykjavik 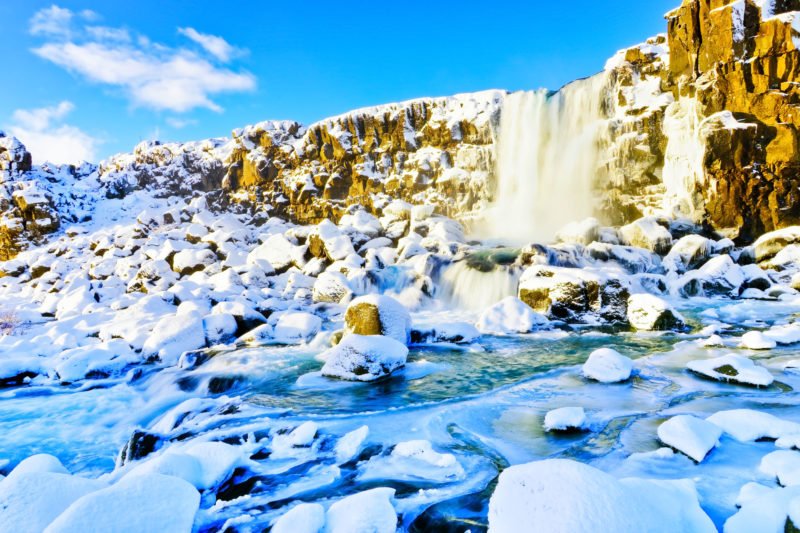