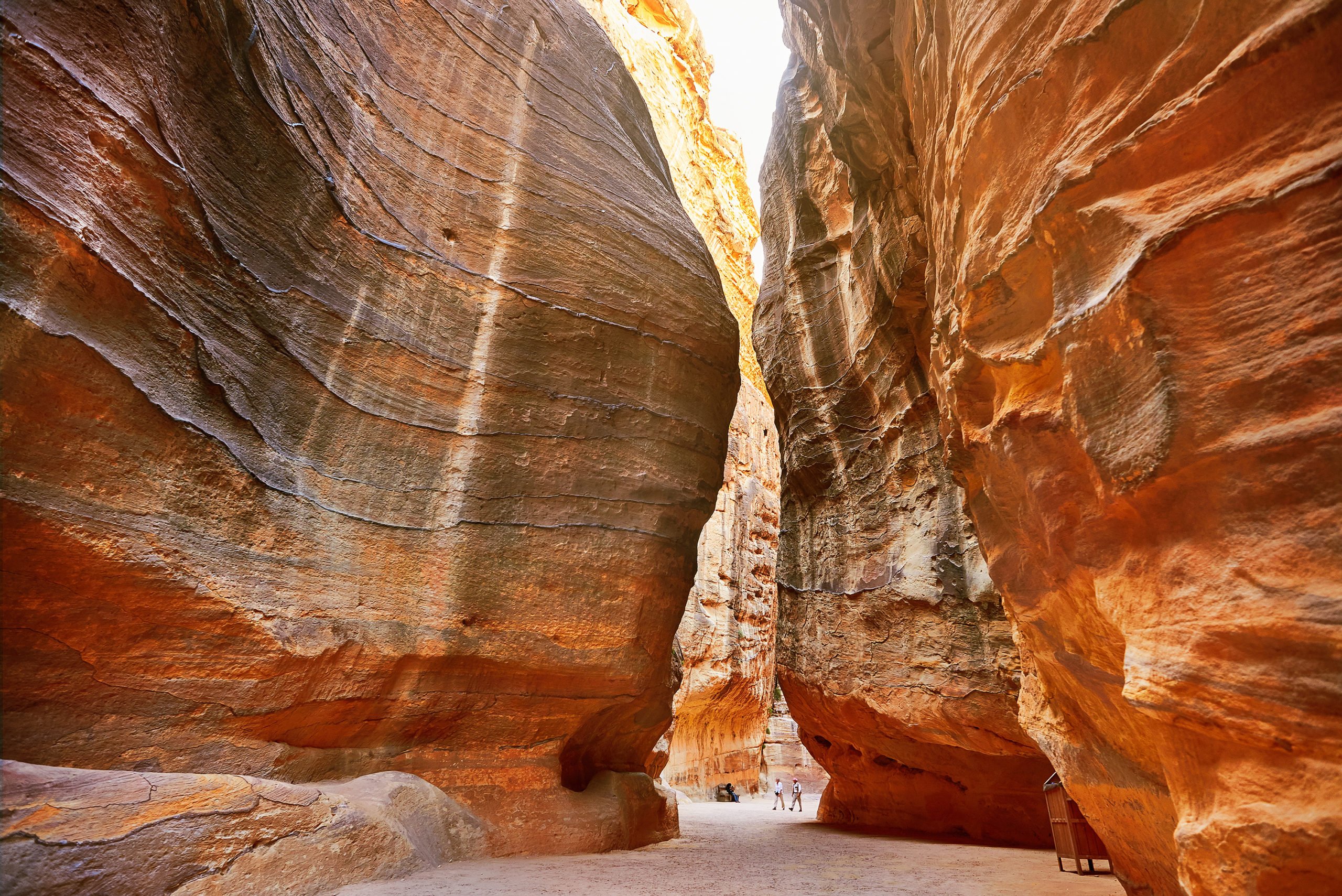 Where to Stay in Petra

Petra – the famous “Rose City” of Jordan, was intricately carved out of sandstone over 2,000 years ago. However, the area was inhabited long before, with evidence showing people may have lived in the area from 7,000 B.C. The city was the capital of the nomadic Nabataean Arabs, who established Petra as a regional trading hub of the Middle East. They were particularly skilled in sustainable methods, with the ability to grow produce and harvest their own rainwater to cater to over 30,000 people. The city became part of the Roman Empire in 1st Century B.C.E. and as years passed, its importance as a trading center began to decline as alternative sea routes emerged in Jordan. During Byzantine and Islamic eras, more settlers arrived and churches and structures were built around Petra, but were soon left to ruin. That was until the Swiss geographer and traveler Johann Ludwig Burckhardt arrived in 1812 and rediscovered the majestic site of Petra all over again.

Today, the natural beauty and mystique of ancient Petra attracts millions of visitors from all around the world, and is especially easy to reach from the neighboring countries of Israel, Syria, and Saudi Arabia. This incredible site always tops the lists of the best things to do in Jordan. There are museums, tombs, temples, theaters, and Byzantine churches to explore, but the main highlight is The Treasury – Al Khazna. This pink sandstone marvel is thought to have been built as a memorial for royalty. It consists of two floors, and according to folklore, conceals a pharaoh’s treasure. As you stand outside, admiring the structure’s intricate detail, the stone appears to change color from the light of the sun, creating amazing photo opportunities and whisking you away to a different era, back to a time when the ancient city was a trading behemoth in the Middle East.

The main street leading to Petra is Tourism Street, a bustling area filled with shopping malls, supermarkets, cafes, hotels, and restaurants. It’s within a short walk of A Piece of Jordan tourist attraction, the Petra Visitor Center, and the Petra Museum. The fascinating museum consists of five halls containing almost 300 artifacts discovered through archaeological excavations in the ancient city. As you follow the trail passing Obelisk Tombs and al-Siq, head for the viewpoint of Al-Khubtha which allows spectacular views of The Treasury from above. Then venture back to ground level, to admire the stone-masonry and craftsmanship of the ancient temple in all its wondrous glory.

When it comes to location, you won’t find a better hotel than Mövenpick Resort Petra. This attractive 5-star hotel blends effortlessly with the surrounding landscape and is located right at the entrance to the historic city. The 183 comfortable, well-appointed guest rooms offer scenic valley views over Wadi Musa, and are decorated with a combination of warm and cool tones to bring the outdoors inside. There are seven bars and restaurants to enjoy, and sunsets can be admired from pretty Al Ghadeer Roof Garden. The hotel’s Lawrence of Arabia themed tearoom delights visitors with its traditional afternoon tea, and in the evenings Al Iwan Restaurant takes guests on a culinary journey of the Mediterranean. If you’re only staying a few days in Petra and don’t want to miss any of its awe-inspiring cultural attractions, this is the perfect place to stay.

Wadi Musa King’s Highway incorporates the region surrounding the ancient Rose City. This long stretch of road is home to Queen Rania Park, a host of traditional markets, and a smattering of shops in passing villages. It’s a great place to stay for those hiring a car as it offers easy access to other towns in the area, allowing insight into Jordanian life in the region. There are historic mosques to explore, quirky cafes, and great restaurants serving Middle Eastern cuisine. Leading towards the UNESCO World Heritage Site you can hike scenic trails, discovering rocky viewpoints, tombs and temples, and just outside the city you can explore Shobak Castle – Montreal – a hilltop site with hidden tunnels built around the 1100’s.

The Hayat Zaman Hotel and Resort Petra is more than a hotel, it’s an authentic take on a late 19th century Jordanian village. With incredible architecture boasting grand arches, local stonework, and a whole host of facilities, it offers guests the chance to experience an old way of village life. It may be a 30 minute drive to the historic UNESCO World Heritage Site of Petra but don’t let that put you off. There is much to see along King’s Highway with parks, mosques, cafes, restaurants, and castles. Accommodation in the hotel is first-class with comfortable rooms and suites, and there’s a souk selling village handicrafts and Sahtain Restaurant set in an atmospheric vaulted cavern of old stone. The restaurant serves a variety of Middle Eastern and international dishes to suit everyone’s tastes. There’s no better way to relax and unwind after trekking along dusty pathways to ancient sites than with a swim or hammam. The latter allows you to step into a Turkish bath and be pampered by a professional masseuse in unique surroundings.

Just 1.9 kilometres from Petra, Old Village Resort is a charming hotel overlooking the Shahara Mountains. There are picturesque terraces where you can enjoy Arabic coffee or a glass of early morning mint tea. Rooms reflect the history and culture of the region decorated with local handicrafts and textiles from the area. For those who like to stay fit during their stay, an indoor swimming pool invites you to take a cooling dip, and there’s a sauna to refresh and revive after a day of Petra discovery. When it comes to dining, Old Village Resort offers an international and à la carte menu featuring typical Jordanian food like ‘mansaf’ – lamb cooked in yogurt sauce and served with rice. The produce is all locally-sourced, and a variety of dietary options, including halal and gluten-free, are catered to. As an added benefit, the hotel offers a free shuttle bus to Petra Visitor Center at the entrance of the Rose City trail, so you don’t have to worry about finding your way!