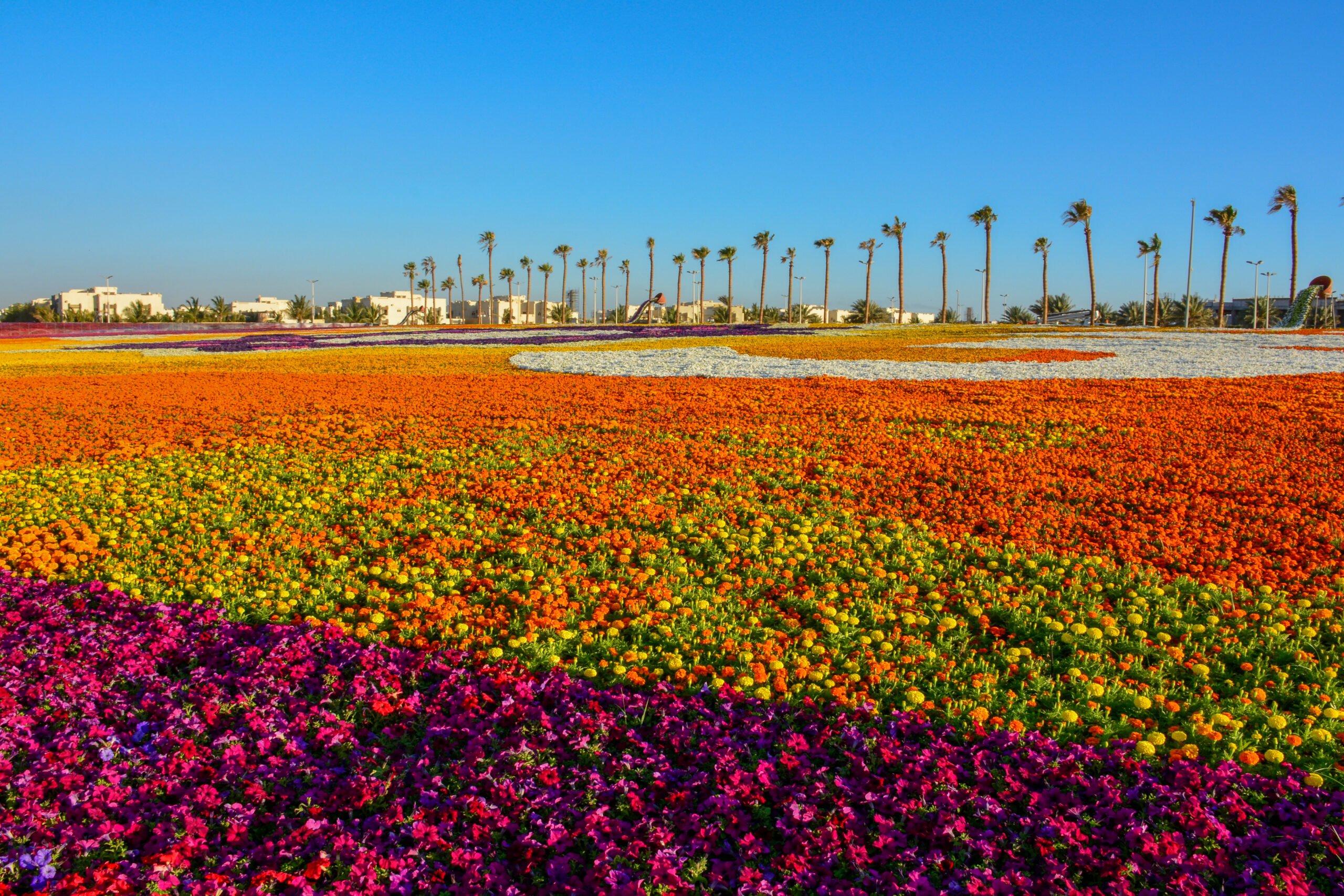 When to Visit Saudi Arabia

Saudi Arabia sees some of the globe’s hottest temperatures, so it’s crucial to plan when to visit Saudi Arabia. With temperatures hitting a scorching 50°C and beyond, it can be unpleasant at times. It is a destination you definitely don’t want to visit at the wrong time of year. Visits to this desert kingdom aren’t just subject to this region’s climatic conditions. Religious laws also need to be taken into consideration. Make sure you aren’t making any missteps with our Saudi Arabia culture guide.

The earlier part of spring, around the month of April, is generally considered to be the country’s shoulder season. Temperatures are beginning to creep up, ranging from minimums of around 20°C to highs of 33°C. They are still tolerable to most visitors without facing the higher hotel costs of peak season earlier in the year. April is also one of the wettest months in the country, seeing around 30 mm of rain. This leads to the flowering of shrubs and plants in oases and gardens around the country.

For the foreseeable future, April will also coincide with Ramadan, which shifts slightly from year to year. In 2021, Ramadan falls between April 12 and May 12, while in 2022 it runs throughout April. During Ramadan Muslims are expected to fast during daylight hours (roughly 4 am until 7 pm). As a result, it can be incredibly difficult to find anywhere to enjoy a meal during the day. Nights are festive with families celebrating the breaking of fast in homes and restaurants with impressive meals that stretch long into the night.

As the dates creep into the middle of May and in to June, temperatures begin to become uncomfortable. They can with peak at 42°C, with lows no more than the mid-twenties Celsius. These temperatures can make exploration of the country’s shade-free archaeological sites more of a trial than a treat.

July and August are two months generally avoided by those looking to visit Saudi Arabia; even locals struggle to stay cool. In Riyadh, on a desert plateau, temperatures hover steadily in the low- to mid-forties Celsius. Be warned that temperatures as high as 55°C aren’t unheard of.

The country’s Red Sea coast around Jeddah is also hard hit by the temperatures at this time of year. The region is deeply humid. You’ll find little activity on the streets or beaches in the middle of the day. After sundown is when the city comes to life. If July and August are the only time you can visit Saudi Arabia, consider heading to the Abha Mountains in Asir. Their elevated position sees temperatures that can be twenty degrees lower than those of Riyadh.

September still matches the high temperatures of August, but is also the time of National Day on the 23, just as residents and visitors are looking towards the cooler temperatures of October and November. Roads and buildings fly the national flag, while even the smallest villages commemorate the day with traditional dancing and a general festival atmosphere.

November is the start of Saudi Arabia’s peak season, which continues on towards February and March. Temperatures range between lows of 14°C and highs of 28°C in Riyadh, while rain is still almost unheard of. On the coast, air temperatures are roughly similar. Sea temperatures remain at an impressive 30°C, making it an excellent time to consider snorkeling among the colorful corals and fish of the Red Sea reefs. There are a number of other incredible activities you can discover in our article on what to do in Saudi Arabia.

Without doubt the most pleasant time of year to visit Saudi Arabia when it comes to temperature, it’s rare for temperatures in December to rise above 22°C, and thermometers stay almost constantly at this level until the start of March. Rain also remains of little concern, with just 13-15 mm falling during each of these months, and only gaining momentum into March, which sees around 30 mm fall. Its also one of our favorite times to go and visit Madain Saleh. This 3 day tour from Riyadh gives you an insider look at this incredible region.

Not many celebrate Christmas or New Years with any great fanfare in the kingdom, which will come as either a disappointment or a relief, depending upon your personal point of view. There is a ban on non-Muslim religious celebrations both for citizens and visitors.

This ideal weather for tourism in winter comes with the downside that it is peak season, potentially leading to higher flight and hotel costs. That said, Saudi Arabia remains in its infancy when it comes to international tourism, with tourist visas only an option since the end of 2019, so peak season here is not comparable to high seasons elsewhere in the world that a long history of tourism.

Saudi Arabia can be hot, no matter the time of year, so plan accordingly. Be sure to time your visit well, or you may end up hiding in your hotel room. Our favorite times to visit are the shoulder seasons of early spring and late fall. And double check if you need a visa to visit Saudi Arabia before booking anything!