The weather in Japan varies greatly between the seasons and is similar to Northern Europe or the New York area. Japan boasts four very distinct seasons with a hot summer and a breezy winter. Generally, Japan can be visited at any time of year depending on where you wish to go and what you plan to do.

The seasons in Japan

Spring is deemed as one of the best times of the year to visit, mainly for its pleasant weather and natural beauty which is particularly striking during the full bloom of the cherry blossom trees in early April. Spring runs from March until May and boasts warm temperatures without the humidity of the summer.

Summer starts in June, however, this month sees a lot of rainfall and grey skies. The rainy period usually ends at the beginning of June when temperatures rise dramatically. This time of year is ideal for hikers looking to uncover Japan’s stunning walking and climbing trails. As the weather can be very hot and humid it is recommended to keep hydrated and wear a hat. 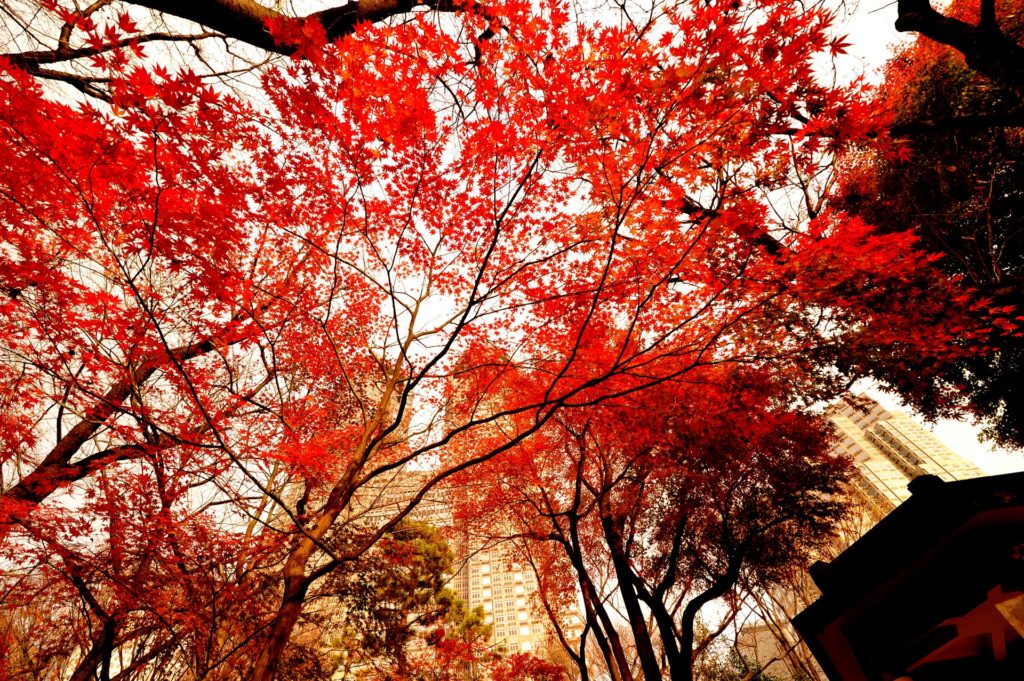 Autumn in Japan is another highly popular time of year to visit due to the spellbinding colours of the autumn leaves. This season (September-November) also brings with it much cooler temperatures. The weather at this time of year is not particularly cold but it can become quite breezy as we move closer to winter. September is a pleasant time to hike as it is slightly cooler than the summer.

Winter officially takes place from December to February. In the north, temperatures drop below 0°C and the northern regions usually see a lot of snowfall during this time, which is good for those looking to embark on some winter sports. Alternatively, the south of the country experiences mild temperatures and bright skies. Overall, winter in Japan is usually dry with shorter hours of sunshine.

Other Factors to Consider about THE Weather in Japan

Whilst spring boasts the most comfortable weather, it is also the busiest time. Millions of overseas visitors travel to the country at the beginning of April in the hope of seeing the cherry blossom in full bloom. Though it is quite arguably one of the prettiest seasons, expect plenty of crowds at the popular sites along with a rise in hotel prices.

For hiking enthusiasts, the summer is the best time to explore on foot but it is also the time when most Japanese also plan to hike. Again, this can be a very busy time to visit particularly in the national parks of Hokkaido and Kamikochi as well as the areas surrounding Mount Fuji.

Over New Year, local transport becomes extremely busy and many museums and other sightseeing destinations close down for two to three days over this period. Always check your chosen destination at this time to ensure that you will not miss out on too much.