Types of Hotel in Japan

Usually the biggest dilemma facing tourists is whether or not to stay in a hotel or a hostel, and this is usually decided already by a traveler’s budget. Once you choose, it’s a simple matter of deciding exactly which hotel/ hostel in Japan is best for you.

Yet, in Japan this situation is complicated further by the existence of old-fashioned ‘ryokans’; a traditional style of accommodation that has existed for centuries but that is still widely popular today. As tempting as it is to experience traditional Japanese custom, a lot of people are put off ryokans because they fear the customs and routines of ancient Japanese society. Follow this simple guide to understand what a ryokan is and to help you decide which types of hotel in Japan are best for you.

The Edo Period of Japanese history, between 1603 and 1868, is well-known today for its establishment of five prominent roads that spanned the mainland of the country. These routes connected the main cities together, linking the former capital of Kyoto with the new centre of power, Edo.

As they were so long, many stations were set up along the way to offer shelter and food to the weary travelers. It was then that ryokans were formed, along the dusty ‘Five Roads’ of Edo Japan. They were primarily inns but they also provided food, drink, public bathing in the form of onsens and a wide number of services. This role has been largely kept in-tact until the present-day, still offering the many of the same services and the same feeling of being transported back to Edo-era Japan. 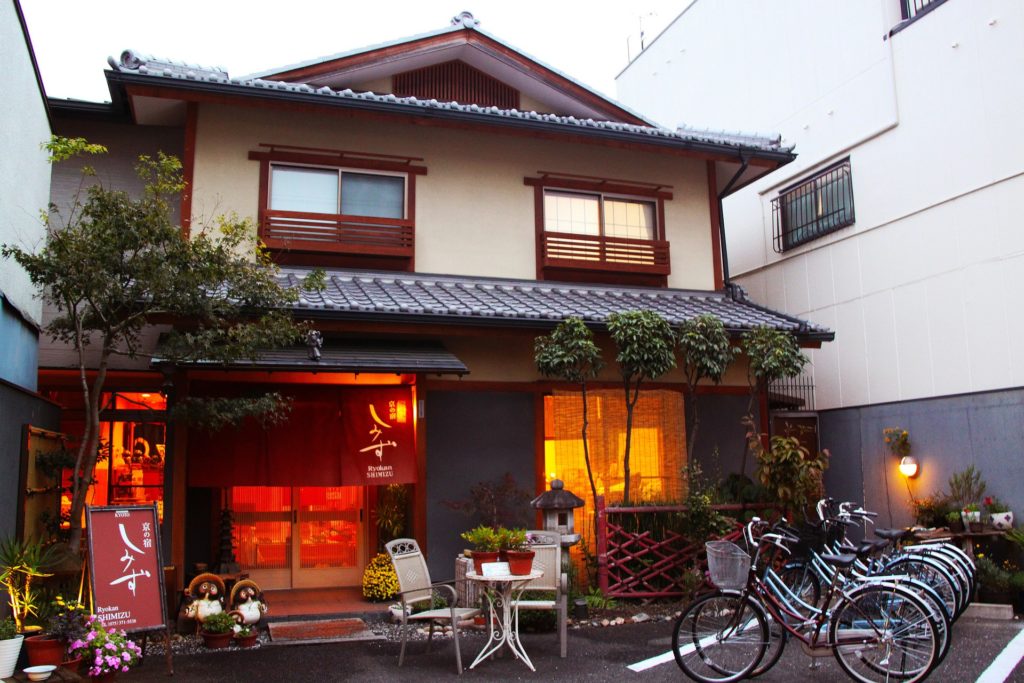 While you will have to take your shoes off when you enter the ryokan, and you will probably have to bathe in a gender-specific onsen, there are few other real rules that you need to know about. Modern ryokans will usually feature an expansive entrance hall with a typical check-in counter, a sitting area and usually some vending machines selling everything from cold beer to packets of instant noodles.

Many still provide a complimentary traditional dinner and breakfast to all guests but check with the staff before booking to confirm. The rooms in ryokans are not the same as Western-style hotel rooms, typically being more similar to a suite. They are often made up of several different rooms, all of which will have tatami mats and be divided by traditional sliding doors. Often there will be a dining table or a smaller table on the floor for drinking tea.

Futons (for sleeping on) and yukatas (for wearing on the way to the onsen) will be stored inside the wardrobe. Ryokans are primarily used by the older generations in the country so a certain level of respect and decorum should be observed, but don’t forget that for a lot of the Japanese guests, it’s possibly their first time staying in one too. 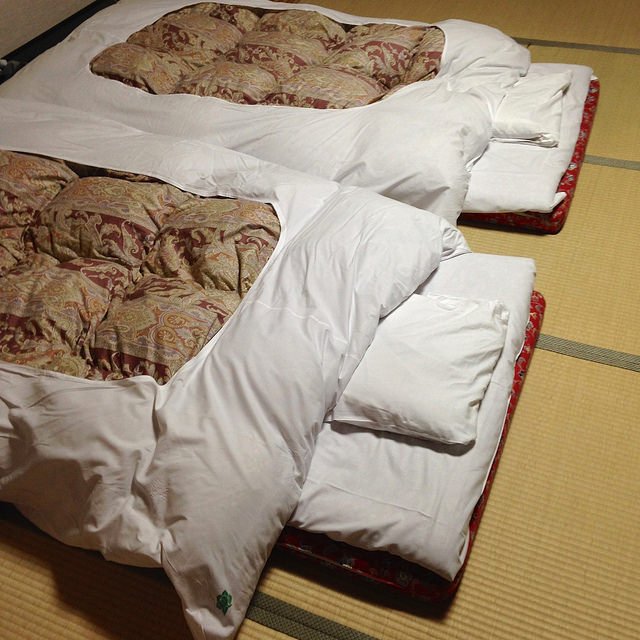 It’s important to note that for the most part, ryokans have remained very similar to what they were centuries ago and as a result, they are not for every traveler. For starters, this opulence comes at a price; usually around 10,000 Yen (ca. 100 USD) per night, per person. There are, of course, cheaper options just as there are more expensive ones.

Some ryokans will cost a budget-breaking 70,000 Yen (ca. 700 USD) per person. Secondly, as they are a throwback to a bye-gone era, they can be quite cold in winter as they lack central heating and quite warm in summer as they don’t have air-conditioning. Lastly, you won’t find ryokans just anywhere in Japan. There are almost none in the central areas of big cities and are often now located in more touristy towns, in mountainous areas or by the sea.

In contrast, typical Western-style hotels – like the many boutique hotels in Tokyo or boutique hotels in Kyoto – can be found just about anywhere, with a large bulk of them being located in city-centres or near the airports. While a lot of people are put off ryokans because of their price, just as many will have reservations about hotels for the same reason.

There aren’t too many budget-hotels here and the prices reflect this, so if you’re looking for more wallet-friendly accommodation then you should consider sleeping in a hostel or renting a room through AirBnB. Alternatively, Japan has some capsule hotels that provide no-frills sleeping, as long as you’re not claustrophobic!

Types of Hotel in Japan

Deciding between ryokans and more modern hotels is an easy choice as regardless of your choice, you can expect incredible service, unparalleled cleanliness and a good night’s rest. The experience of staying in a ryokan and using the onsen is one that can’t be done anywhere else on the planet, so it should be put on your Japanese bucket list.