The Todaiji Temple dates back to 752 when it was built as the head temple among all the Buddhist temples in the region. It took some fifteen years to complete construction of the extensive temple. The temple was also once a part of the powerful Seven Great Temples all situated in Nara. The temple was strong, and due to its influence, the capital was actually moved to Nagaoka, away from Nara in an effort of the government to reduce the impact of the temple on politics. 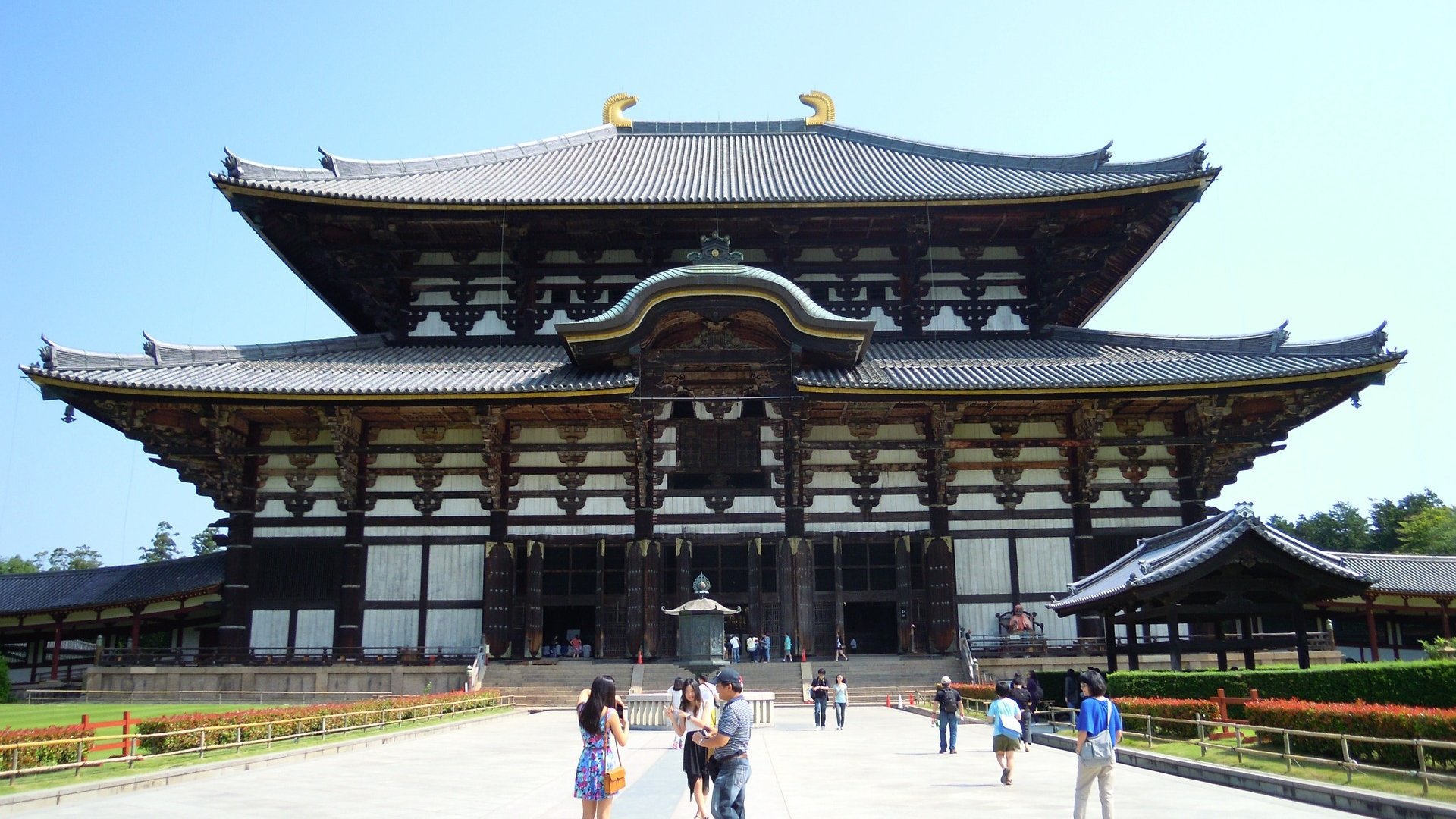 Inside the main hall of the temple known as Daibutsuden, the world’s largest bronze Buddha stands in what is also considered the world’s largest wooden building structure. The current building was reconstructed in 1709 and is not the same size as the original once was, in fact, it is two thirds smaller in size. The large Buddha stands sixteen meters tall and weighs over 500 tons.

What to see at Todaiji Temple

Visitors can enter the temple via the Nandaimon Gate. Upon entry, there are two statues that stand to represent the Nio Guardian Kings. Part of what makes Todaiji Temple so mesmerizing is the scale and size of the overall structure. The large Buddha inside the main hall is a must-see and represents Vairocana. There are also two Bodhisattvas accompanying it either side the Buddha.

While exploring the main hall, visitors can also admire a model that shows the original grand scale of the building before its reconstruction.

Part of the experience of visiting Todaiji Temple is meeting the frolicking deer who roam the area. There are many deer and it is acceptable to feed them, however, it is important to respect the deer and remember they are wild animals. 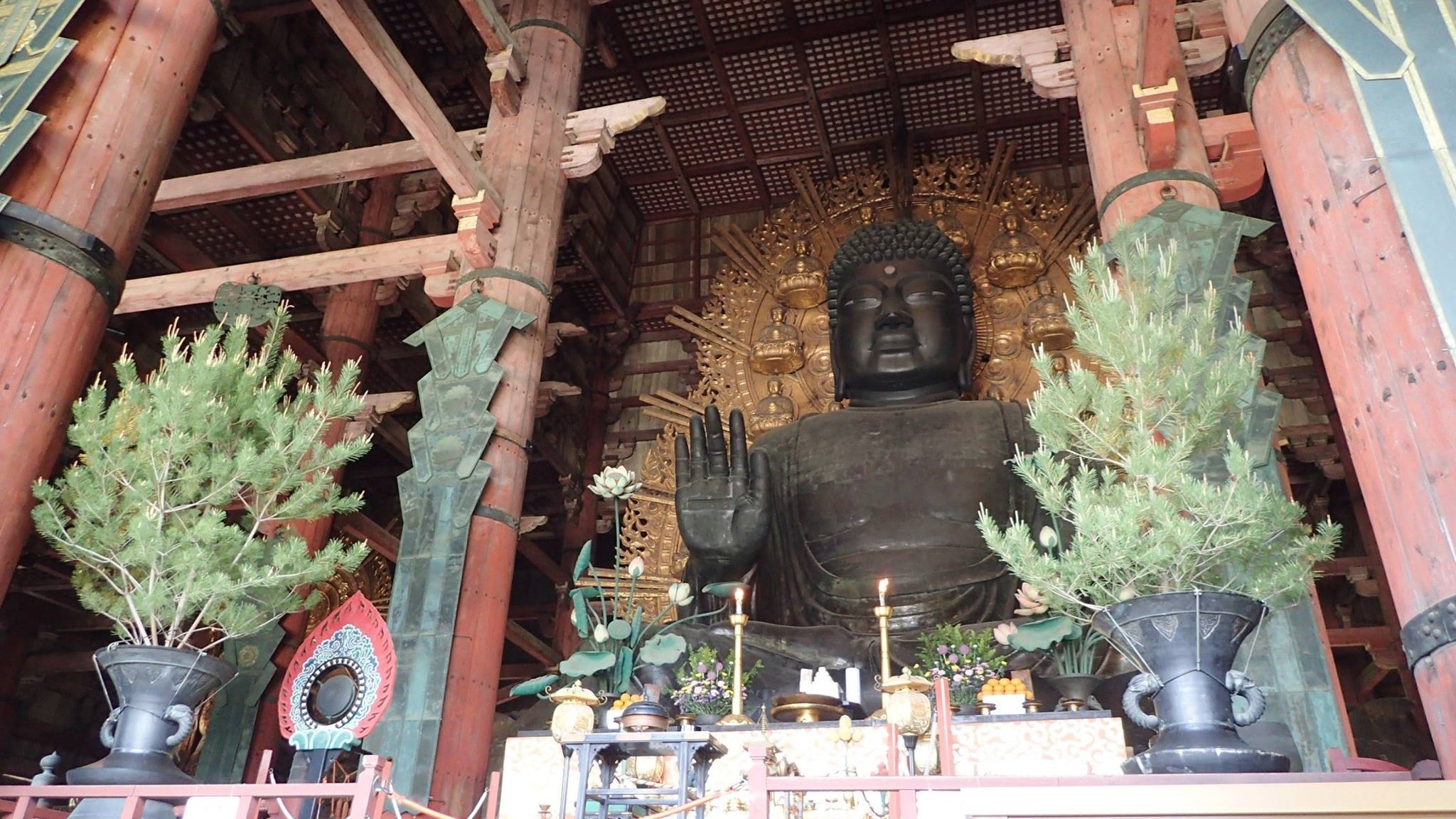 How to visit Todaiji Temple