Taxis in Japan are not the most popular way to get around the country as Japan is home to a fantastic public transport system. However, whilst in the larger cities, taxis are the most expensive form of travel in more rural areas they are sometimes the easiest and only option. Taxis are also convenient for late at night as the subway network usually closes at midnight. Taxis in Japan are comfortable, easy to use and can be a more scenic way to explore the cities.

How to Find a Taxi in Japan

Taxi stands are located at most major train stations. In Japan, it is custom to wait in line until it is your turn. Taxi stands operate at any time of day and get particularly busy at night, so expect long queues. Alternatively, it is also acceptable to flag down taxis along the road as long as it is vacant.

Taxis in Japan are identified by a green license plate and an electronic sign on the top of the vehicle which indicates whether the taxi is occupied. A red sign means that it is vacant whilst a green sign indicates that it is occupied. If you would like to reserve a taxi from a specific destination, then most hotels can arrange this for you.  Many taxi drivers in Japan speak little English so be sure to get the hotel to write down the address in Japanese. Another option would be to take a map and show the driver where you wish to go. 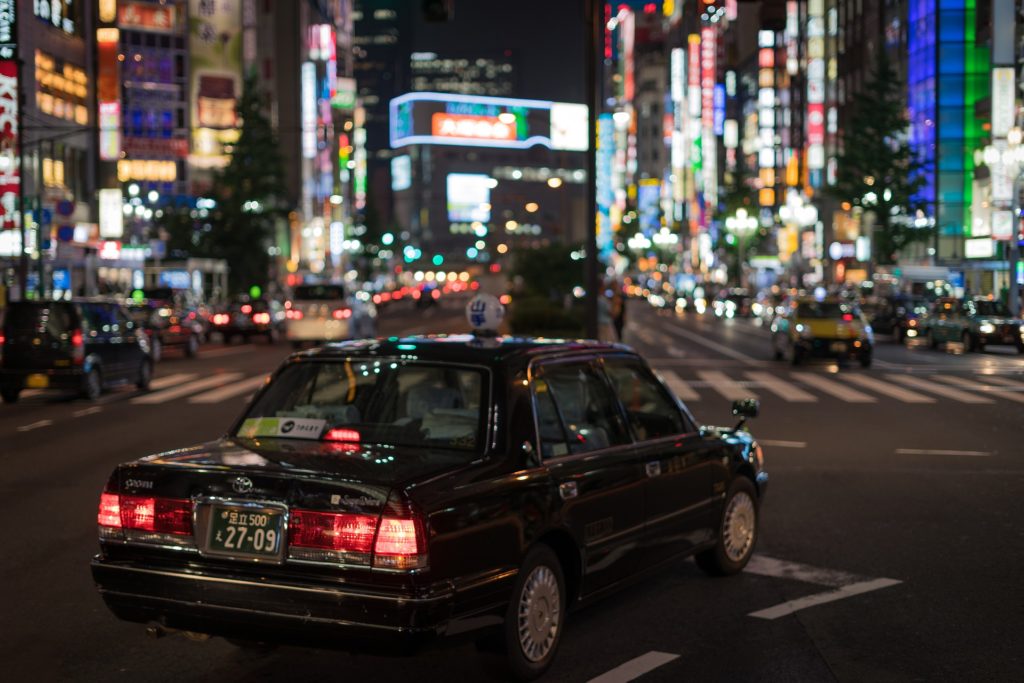 Types of TaxIS in Japan

Whilst rural villages in Japan offer the opportunity to escape the tourist hubs and really uncover local life, it can also be very difficult to get around, particularly if you cannot speak the language. One of the best options in smaller towns is to use a local taxi and show the driver where you wish to travel to.

In slightly more popular areas, you can also find sightseeing taxis with English speaking guides, which are very expensive but provide an easy way to see the surrounding area. It is also useful to note that in most cities the largest taxis only seat up to five passengers.

Though expensive, taxis in Tokyo have recently seen fares drop by almost 50%. This is to encourage locals and visitors to use taxis more frequently. Taxis in Tokyo start at 410 yen (ca. 3.71 USD) for the first 1,052 kilometers. Most taxis in Japan accept payment by credit card as well as cash – just look out for the payment method sticker located on the taxi window. 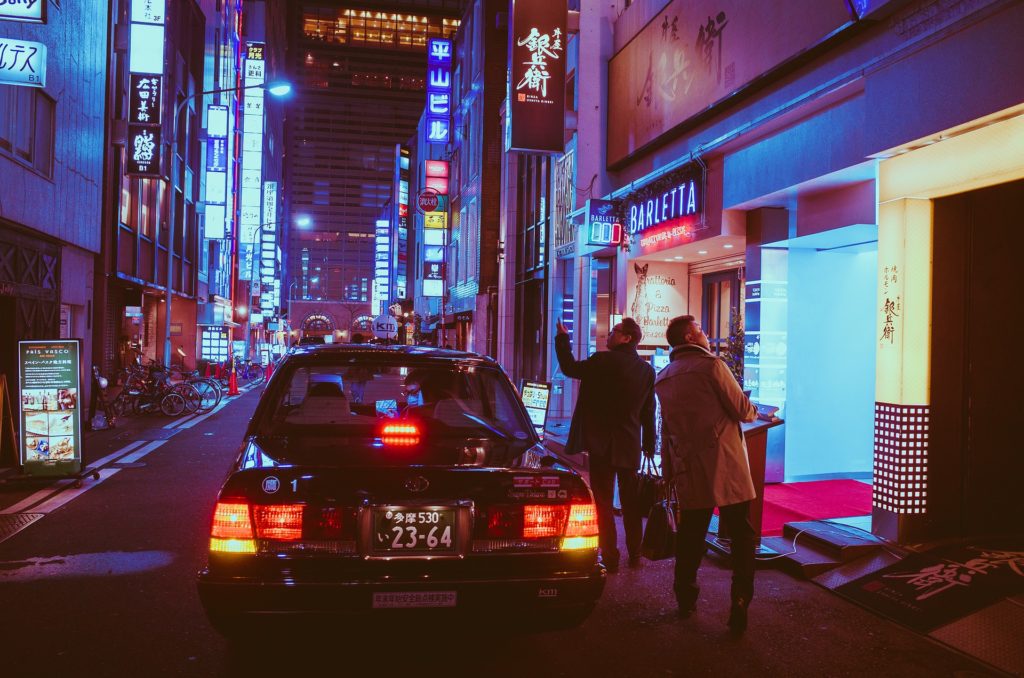 The Japan Taxi App makes it must easier to order taxis and pre-arrange rides. The Japan Taxi App is free and easy to download making taxi service quicker and more efficient. The Japan Taxi app allows you to make reservations for taxis, calculate fares in advance and pay using credit cards, carrier payments or other online payment options all in one simple app. Another perk of using the Japan Taxi App is that the driver will know the destination in advance so you don’t have to worry if your driver speaks English or not. It is important to note that using the Japan taxi app requires your phone to use a network service in order to access GPS.