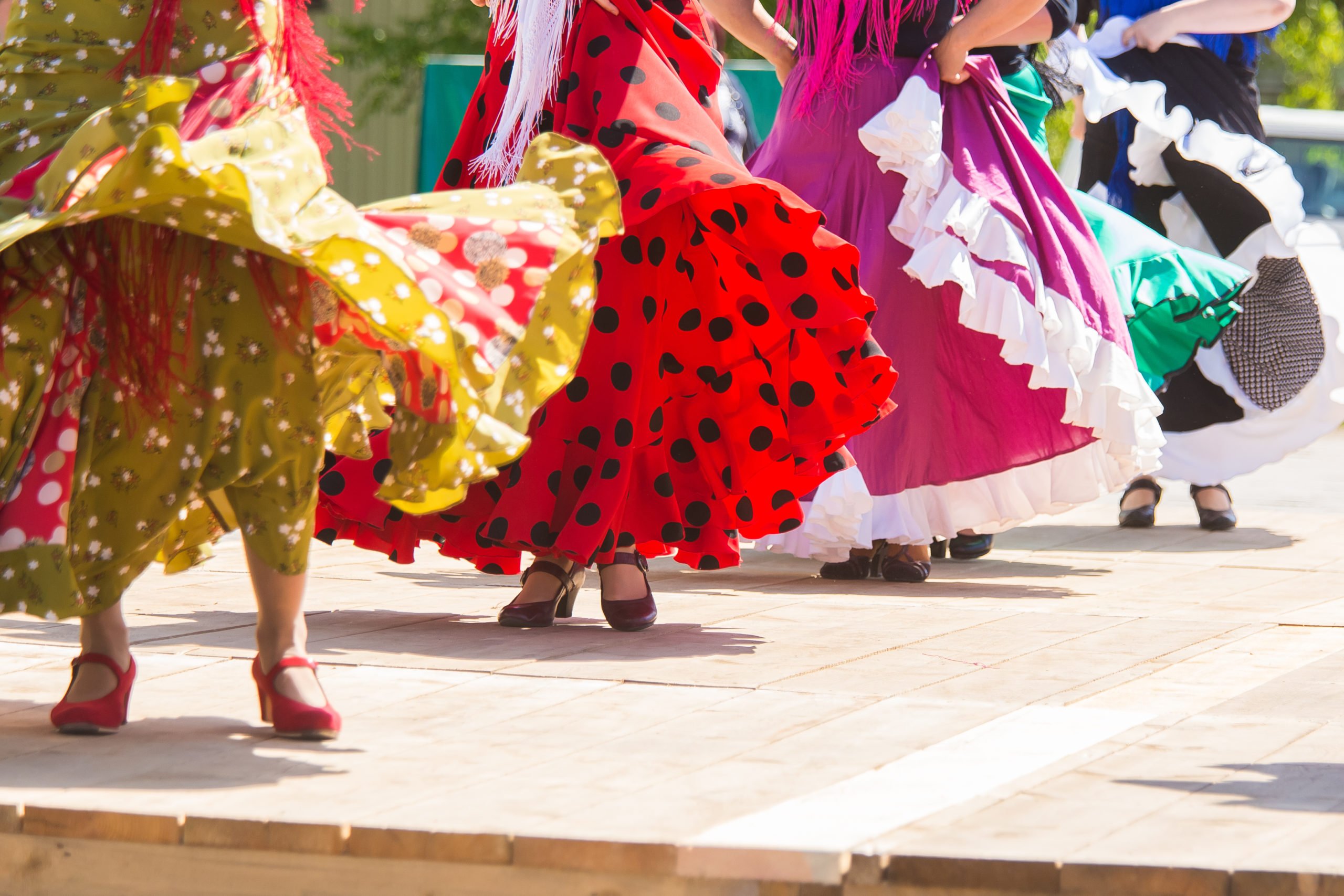 See All Tours See All Hotels See All Packages
While Spain may be typified by sangria, flamenco, and tapas, there’s far more than this Iberian giant than just that. Its landscapes shift between the beaches of the Costas and the high mountain peaks of the Pyrenees. Its cultures incorporate Catalan and Basque tongues. The celebrated cities of Madrid, Barcelona, and Seville compete for attention with tiny hillside villages still best reached by mule. Then there is its list of world-renowned sites, including Madrid’s Prado and the Alhambra Palace of Granada. And that’s before we even mention a rejuvenated culinary scene at the top of its game.
Read more
Capital City
Madrid
Currency
Euro
Language
Spanish
Traditional Dish
Paella
Power Outlet
C, F I 230V ~ 50Hz 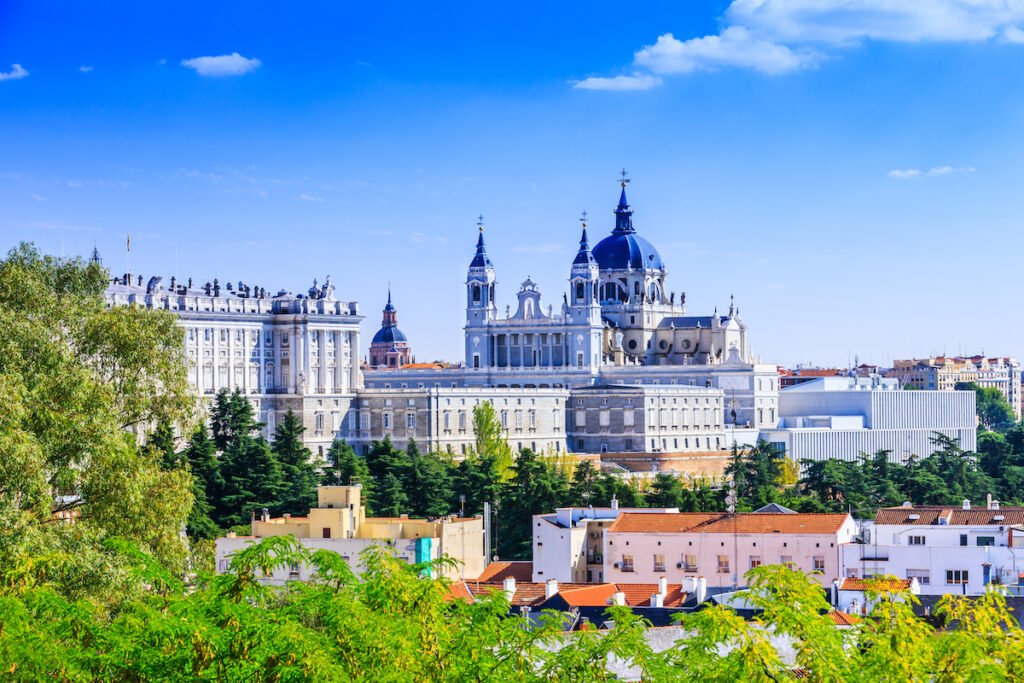 Both magnificent royal capital and edgy diamond in the rough, Madrid has as many faces as a Picasso masterpiece. Easily navigable, its central treasures come thick and fast: Plaza Major, the Royal Palace and Buen Retiro Park among them. But even on the smallest side street life abounds, from tiny family-run bistros to gallery-quality street art. 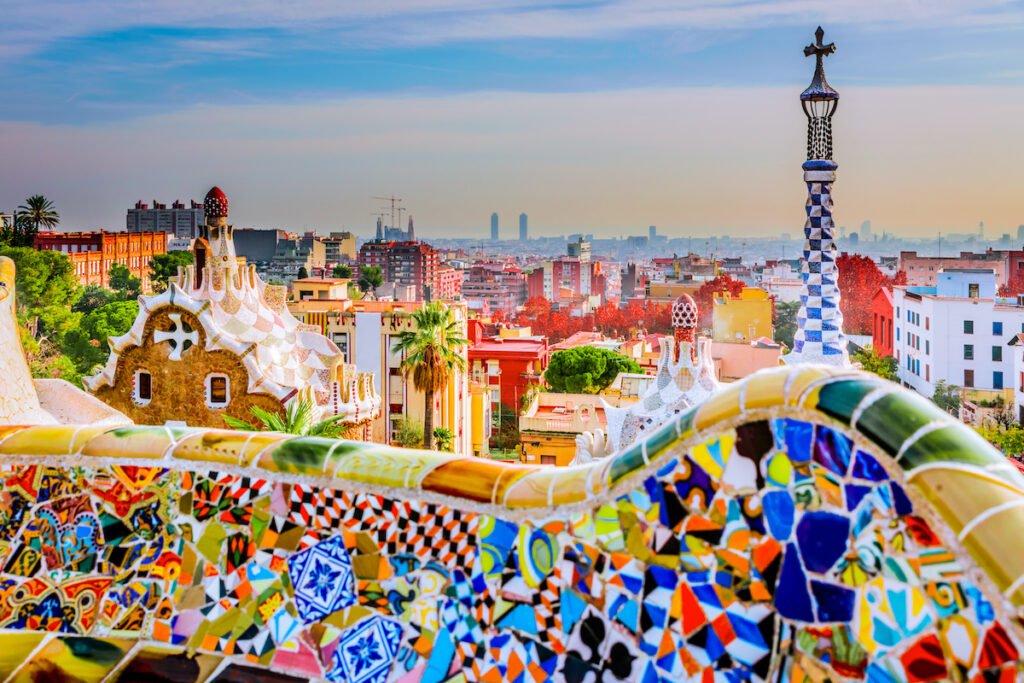 The cultural heart of Spain, modern Barcelona owes much of its modern face to the imagination of architect Antoni Gaudi. His foremost work, the Sagrada Familia is one of 8 UNESCO World Heritage Sites. On top you can add museums to Picasso and Miro, as well as some of Europe’s finest chefs and night spots. 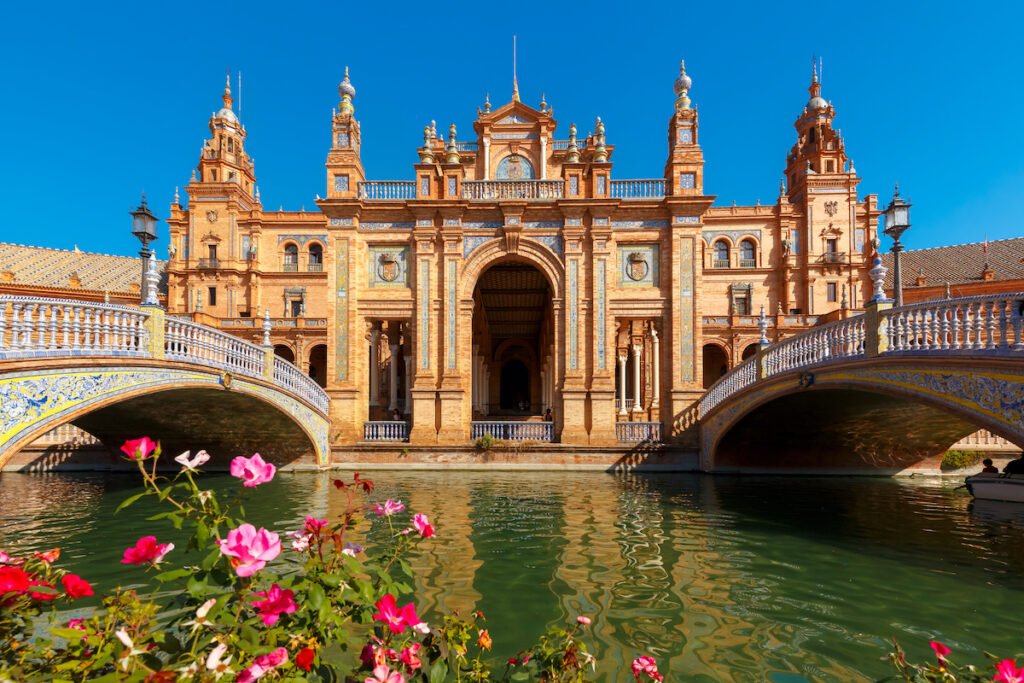 The Spain of both Picasso and Hemingway, Andalusia has an identity all of its own. The heartland of flamenco’s passionate moves and fiercely held traditions, there’s no doubting the region’s lust for life. Andalusia is often considered a region whose cities - Seville, Cordoba, Granada and Malaga - need no introduction. However, it's also possible to drift among hillside villages and explore its long coastline. 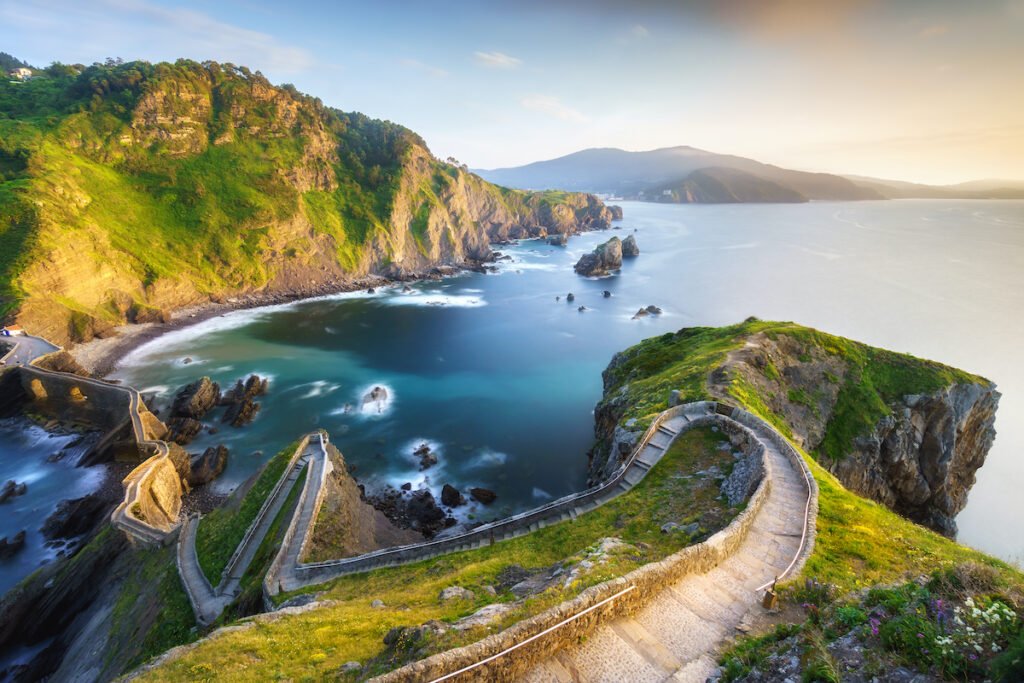 Opening a window into a unique culture, the Basque Country is like nowhere else in Spain. Spread out along the Bay of Biscay on the border with France, it is just waiting for discovery. Its blend of art-orientated cities and dramatic mountain scenery is only ever enhanced by a busy cultural calendar. 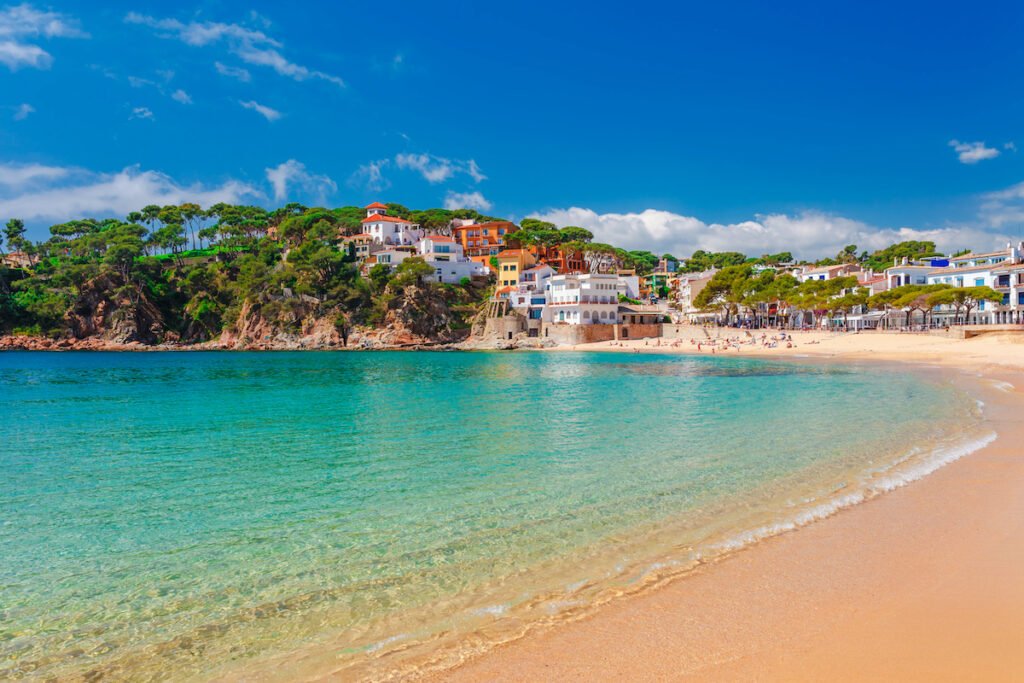 The home of some of Spain’s biggest cities, Catalonia is nonetheless still a district, with its own heritage and language. Beyond the architectural wonders of Barcelona and Roman remains of Tarragona, you’ll find dramatic landscapes. Hillside villages soon rise up into the Pyrenees, while its coast is as welcoming to wetland birds as it is visitors seeking out sandy beaches. 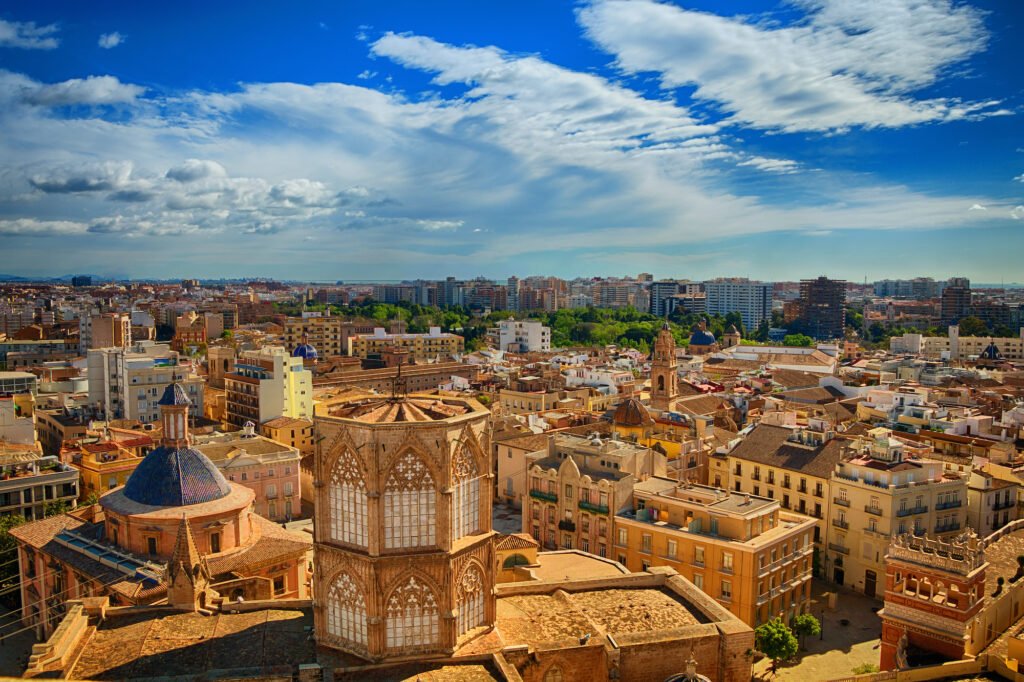 A cultural powerhouse, Valencia has risen from its industrial past to become one of Spain’s most exciting city getaways. Its large historic center saw the development of paella, while its long series of annual events drew in the crowds from far and wide. 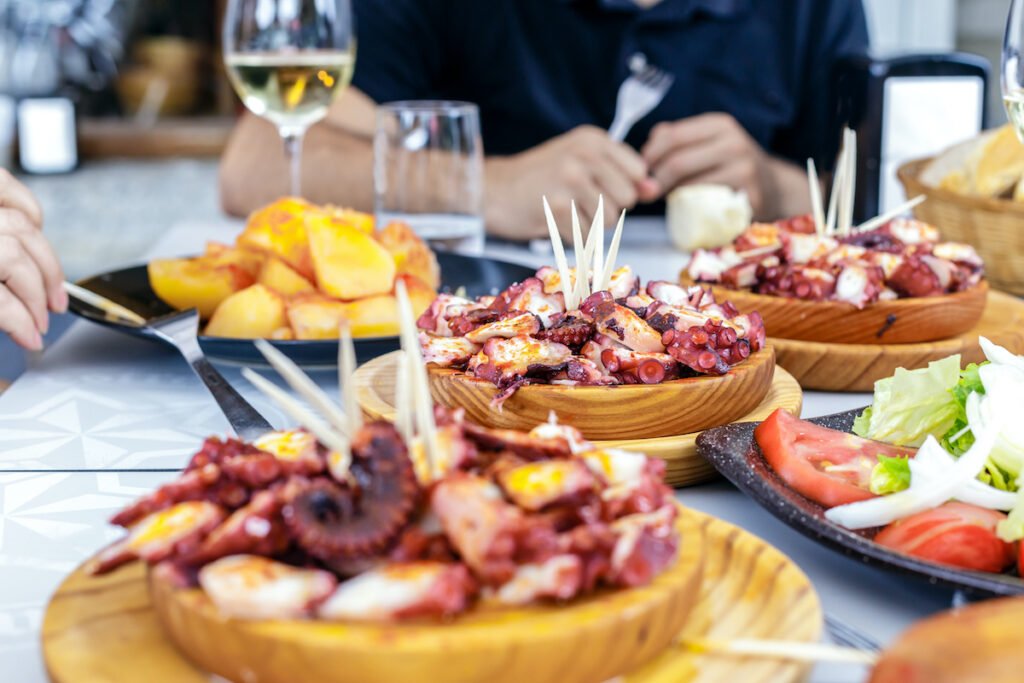 Most begin their explorations of Galicia in Santiago de Compostela. But head beyond this ancient city and you’ll find a region of bare peaks and hidden valleys. A province where rias coastal inlets mingle with beaches, and restaurants serve up some of the freshest seafood anywhere in Europe. 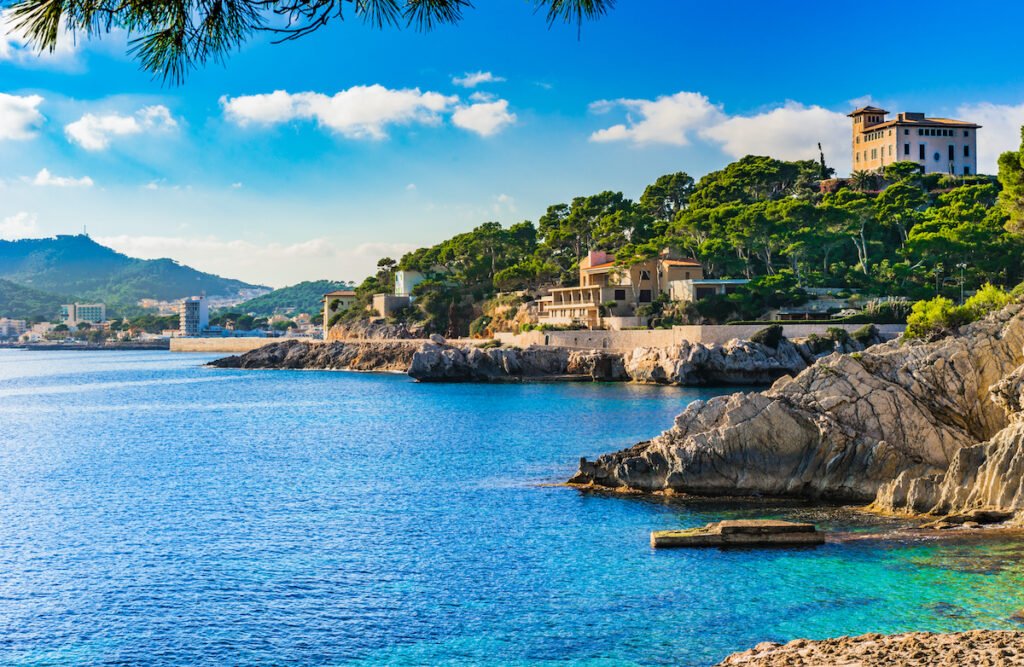 Dreamy whitewashed villages and all-night raves that attract the world’s greatest DJs. Exquisite beaches and an excellent food scene. Entrancing myths and a multitude of activities on land and sea. Impossible to characterize, the Balearic Islands deliver what few destinations are able to – something for everyone. 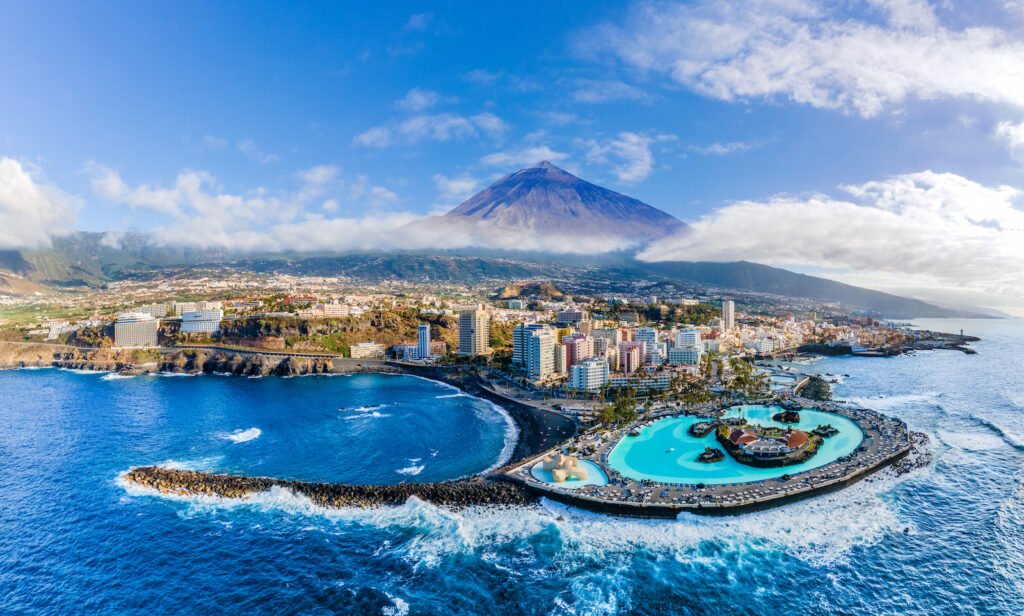 The Canary Islands is where Europe and Africa meet. Heady-scented forests of pine rub shoulders with subtropical palms. High peaks – including the world’s third-tallest volcano – give way to rolling dunes. Beaches lead down to warm waters popular with windsurfers and paragliders. And the night sky sparkles with stars invisible almost anywhere else.

A Tailor-Made Spain Trip Experience Just For You

Where to Stay in Spain

Best Locations to Stay in Spain

Our Top Pick Hotels in Spain