With European ski resorts facing continual problems of a lack of snow because of both high pressure systems and the onset of climate change, several other countries around the world have taken over as the prime skiing getaways. Canada and New Zealand have been top of many skiers bucket lists for a while now, but recently Japan has become the most sought after skiing destination in the world and skiing in Japan is becoming more and more popular.

The tourist boom to Japan is only set to intensify further as people realise the vast opportunities for snowsports here and the awards continue. Recently named the world’s best skiing destination by Australia’s International Traveler magazine, Japan is the place to go at the moment for anyone seeking the best ‘powder’ in the world. Famous for having insane amounts of snow and incredible mountain ranges, there are over 500 different resorts to choose from but here are just a few.

Arguably the two most popular ski resort areas are the most easily accessible for those on mainland Japan, on the island of Honshu. The cheapest flights are usually into and out of Tokyo and the Hakuba and Shiga-Kogen areas within the Japanese Alps are fairly close to the capital, with the closest city being Nagano. 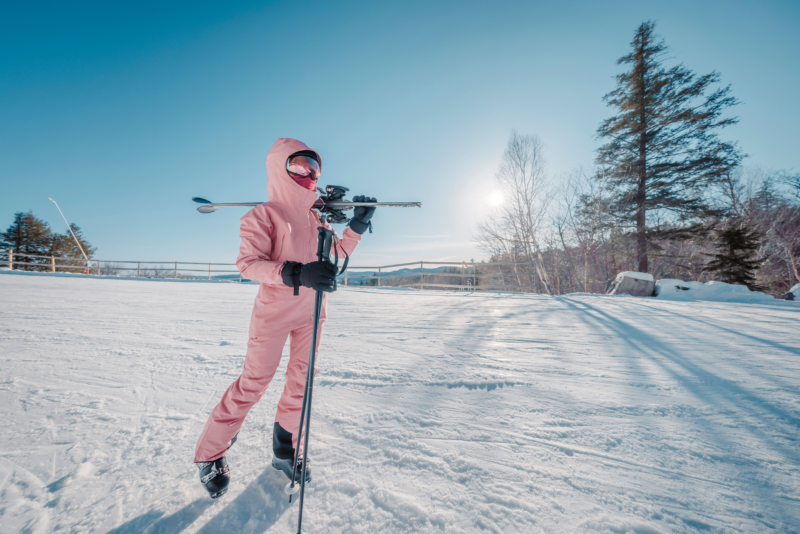 Hosting the Winter Olympics in 1988 sent a huge message to the world that the slopes of Japan were open for business and the host city of Nagano has been a popular spot ever since. Hakuba is about one hour to the West of Nagano and contains over 10 different resorts within the valley, including some of the facilities that were used in the 1988 Games. The most central of these resorts is Happoone but all are linked by the same lift pass which costs just over 5,000 Yen (ca. 50 USD) per day.

On the other side of Nagano and an equivalent distance to the East, Shiga-Kogen is the largest ski area in the country and among the biggest in the whole world. Combining around 20 different resorts and over 100 hotels, it also has the longest ski season of anywhere in Japan.

Lift prices are similar to in Hakuba but this area has a slightly less international feel to it, so choose accordingly. The only slight problem with Hakuba and Shiga-Kogen is their popularity so expect a lot of queueing, but this does mean that there is always a good atmosphere in the town of Hakuba itself for that all-important apres-ski.

While Hakuba and Shiga-Kogen are two of the most famous and well-worn skiing areas in Japan and make no mistake, they are spectacularly beautiful regions, they are both within the Japanese Alps which were named because of their resemblance to their European counterparts. 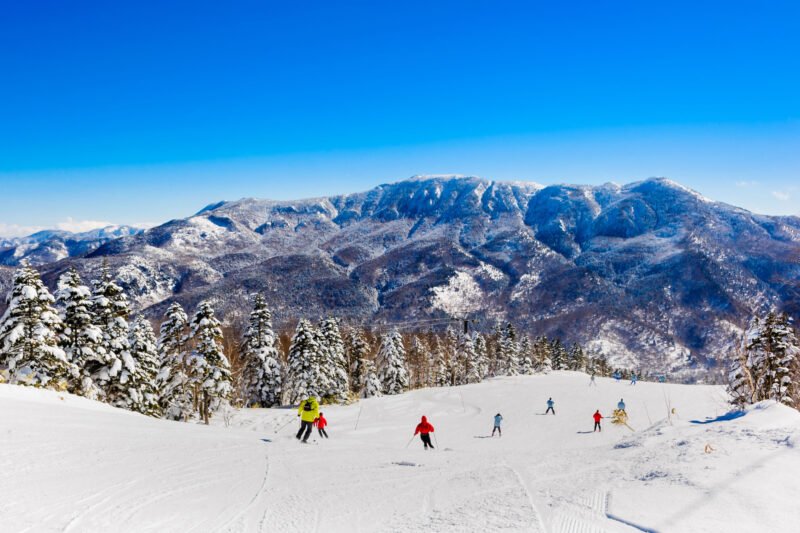 Anyone looking for a distinctly Japanese ski area will probably have heard of the Zao Onsen Resort Area in Yamagata Prefecture. Near to the city of Sendai which is about half-way between Tokyo and the northern-most tip of Honshu, Zao Onsen is famous for its breath-taking ‘ski monsters’; trees that have been covered in so much snow and ice that they take on their own otherworldly look.

The best starting point from which to explore one of Hokkaido’s many skiing options is from Sapporo. The biggest draw for any skier in this part of Japan is the internationally renowned Niseko area which surrounds the picturesque Mount Yotei. Named the Best Ski Resort in 2015 by the World Ski Awards, Niseko has everything a passionate skier needs, including a wealth of off-piste options were are relatively rare in the country.

The apres-ski activities are also particularly well-known, and its remote location on the wild island of Hokkaido has made Niseko the Mecca of Japanese skiing for many. The Niseko All Mountain Pass is a little more expensive than its Honshu competitors, at 7,400 Yen (ca. 74 USD) per day, but Niseko many visitors every year think it’s an extra cost worth paying.

Two other ski areas in Hokkaido that are worth considering are the Furano Ski Resort which has several runs that have been used in World Cup races, and the Teine Resort which featured prominently when Sapporo hosted the 1972 Winter Olympics. Furano is located in central Hokkaido and relatively remote, while Teine is just 40 minutes from Sapporo and the best option for those on a tight schedule.

Japan really does have too many options to choose from in terms of skiing, and only the largest and most famous areas have been listed here. On top of the hundreds of large resorts, there are also a huge amount of ‘micro-resorts’ which sometimes consist solely of one run and one lift.

Often operated by families in remote areas of the country, they offer undeniable opportunities for solo skiing that is hard to find elsewhere in the world, let alone Japan. From the biggest to the smallest, skiing in Japan has it all.