Shinjuku truly is a city-within-a-city, both Tokyo’s most stereotypical site and its most constantly surprising: Just like everywhere else in the world, a quick Google search of ‘Things to do in Shinjuku’ will offer up plenty of different websites with various ‘listicles’ on the area’s attractions. Unlike just about anywhere else, however, these lists will not just contain 10 things to do, but often over 100 different activities.

During the Edo period of Japan’s history (1603–1868), there were five routes that connected the capital city with the rest of the mainland. One of these was the Kōshū Kaidō which joined Edo and Yamanashi Prefecture, but many travellers felt that it was too difficult a journey without enough resting points.

A ‘new inn’ (‘Shin-juku’) was built along the route and it quickly became a popular pleasure district, facilitated over time by Edo/ Tokyo’s growth rate and improved public transport linking formerly disparate parts of the city. The Shinjuku area survived the 1923 earthquake that so damaged the rest of the city and by 1925 it had become the busiest station in the city.

It was, however, affected by the bombings of WWII but its growing reputation as a modern commercial center meant that in the post-war reconstruction, much of the city’s business was moved here. Nowhere is this more evident than in the former farmland of Nishi-Shinjuku which is now known as Tokyo’s Skyscraper district, a particularly impressive title given the city’s level of competition. 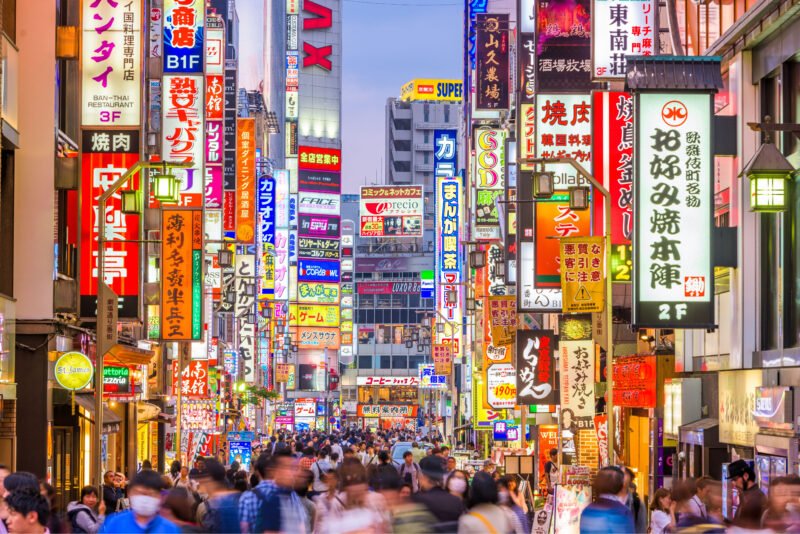 The Shinjuku ward reaches its tentacles north to envelop the Korean district of Shin-Okubo and neighboring Takadanobaba, which is popular amongst students. It also spreads east across central Tokyo, to the outer limits of Chiyoda and the grounds of the Imperial Palace. However, when talking about visiting ‘Shinjuku’, one usually means the smaller (but by no means, small) area surrounding Shinjuku station which includes Nishi-Shinjuku directly to the west and Shinjuku Gyoen Garden to the south-east.

Even within this area, there are countless different railway and subway stops, with the central Shinjuku station being connected to the majority of lines in the city. Just be wary of this when planning to visit for the first time, paying particular attention to the bewildering number of different exits for one station. Coming out of the wrong exit of the world’s busiest train station could land you kilometers away from where you hoped, so be sure to follow the correct signs.

What to do in Shinjuku

In terms of daytime activities, there is plenty to keep you busy. Shinjuku Gyoen is one of the city’s most popular parks but as it costs ¥200 to enter, it has a much more family-friendly atmosphere than some of the free alternatives. It also houses several unique gardens within the boundaries, each of which is worth wandering around on a pleasant afternoon.

While the area has countless tall buildings, only one offers free views from its top floor of greater Tokyo. Go up the Tokyo Metropolitan Government Building in Nishi-Shinjuku for spectacular views of the whole city, and Mt Fuji if you’re lucky. Time your visit (allowing up to one hour at peak times for the queue) for sunset to see Tokyo span out to the horizon and to see the blinding lights of the city by night.

After dark is the perfect time to descend back into Shinjuku’s many layers. While there are restaurants/ bars in Shinjuku just about everywhere you look, of particular note should be the warren-like alleyways of Golden Gai and the red-light district of Kabukicho which is home to much more than love hotels. Don’t forget to pay Godzilla a visit at the Toho Cinema, too. 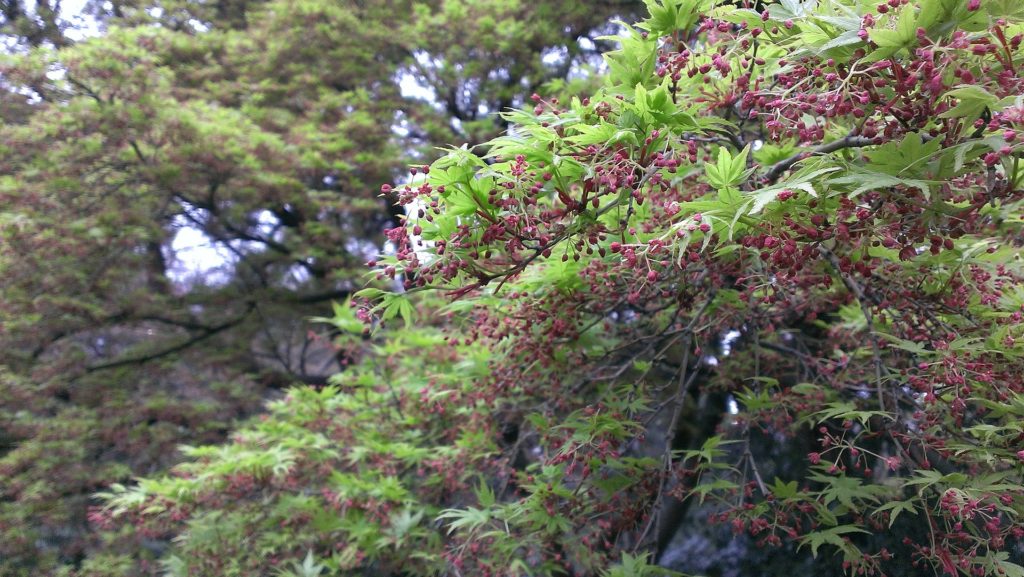 How to visit Shinjuku

As it is so large, it’s possible to spend (at least) an entire day trying to explore it all but it’s recommended to visit for a few hours at a time so as not to get too blown away by it all.

Visiting Shinjuku in Tokyo for the first time may be a little frightening but is sure to be an unforgettable occasion. There is enough hidden away in this vast neon-desert to keep one occupied for years so don’t feel too bothered about exploring every single part of it. Instead, eat/ drink and take a wander through one of the world’s premier entertainment districts. Just don’t forget to look up….