Of all of the major islands in Japan, Shikoku is the smallest in size, but what it may lack in geographical size it makes up for in charm. The island itself is only 225 kilometers long, and is reachable by train from Tokyo, taking about five hours to reach the island. Suspension bridges reaching from Honshu connecting to Shikoku have made the island more accessible. Made up of 4 different prefectures, Shikoku Island consists of Kagawa, Kochi, Tokushima, and Ehime.

The island is serene and it’s rugged, mountainous landscape makes it an ideal hiking destination and for thrill-seekers, there are rivers with whitewater rapids. Shikoku holds many spiritual attractions within the major cities such as Dogo Onsen, Matsuyama Castle, and eight pilgrimage temples found within the major city of Matsuyama. The island houses some 88 different temples, which attract a wide variety of tourists and pilgrimages.

How to visit Shikoku

To get to Shikoku there are several options but the most common are from Osaka and Tokyo.

To get to Shikoku from Osaka, the JR Bus can be taken either from Nanba or Umeda Station. If coming from Umeda Station it is best to follow the signs which will lead to a pickup location near the train station and approximately twelve busses a day depart. If coming from Nanba station, there are only three buses that depart daily, much less frequently, but the bus will go directly to Tokushima City where the final stop Tokushima bus center in Shikoku. 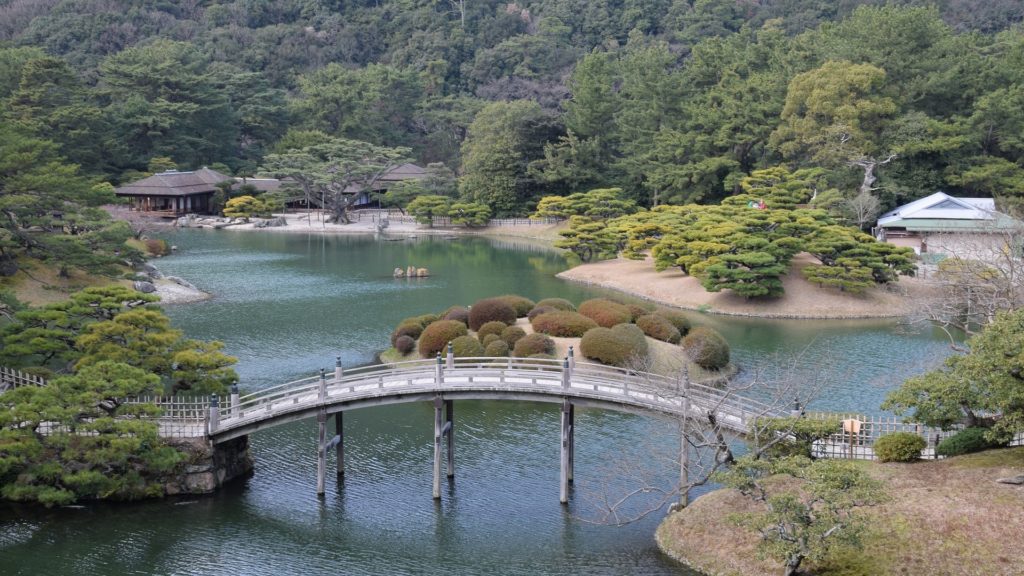 To get to Shikoku from Tokyo there are several options including bus, train, and ferry. Each mode of transportation offers its own comfort but some take longer than others and range in price. The fastest option is to use the train, it is best to take the bullet train from Shin-Osaka Station. Once at the final destination, the local JR train will go to Osaka station in Umeda. Then from Umeda, the steps are the same as above (from Osaka from Umeda Station)

To get to Skikoku by ferry there are a few choices and ferries that operate directly to Shikoku which start from Hiroshima and Kobe.

What to do on Shikoku Island

Not easily accessible, but definitely worth it, the Naruto Whirling Waves are a rare and unique site. The waves can be enjoyed either from a boat or from the walkway on the suspension bridge across from Naruto Park. The waves are created by the straits at from Osaka Harbor creating whirlpools in the water. These are tidal whirlpools from the channel between Awaji Island in Hyogo and Naruto in Tokushima.

Found in the Kagawa Prefecture, the Marugame Castle is also recognized under other names including Kameyama Castle as well as Horai Castle. The Castle is known as one of the best places to view the cherry blossoms when the trees are in bloom. Beyond this, the castle overlooks the Seto Inland Sea and is one of the remaining castles from the post-feudal ages, there are only 12 left in Japan, making the Marugame Caste a special glimpse into this period.

To get to the shrine, be prepared to climb some 785 stone steps to reach the top. Found in the town of Kotohira, in the Kagawa Prefecture, the Shinto Shrine is known as the patron of sea-ship transport and sailor. Once at the top, the view is certainly worth the effort, with stone lanterns and shrines situated along the path creating a special and almost magical.

One of the most well-known and highly regarded historical gardens in all of Japan, the Ritsurin Garden is found in the city of Takamatsu and attracts many visitors. Within the garden, there is also a teahouse as well as art exhibitions. There are often craft fairs and small vendors in the garden selling unique handmade goods. The natural surrounding beauty of the garden is obvious why the Ritsurin Garden is one of Japan’s most famous.

An exciting adventure and theme park found in Marugame, New Reoma Word is the largest park of its kind in Shikoku. The park is ideal for family fun and offers attractions for visitors of all ages including an amusement park, various children’s activities, shopping, animals and a flower garden. There is also a hotel resort and hot spring within the park.

A captivating stalactite cave and a national heritage site which shows a glimpse into the past, including a trace from the Yayoi period. The cave also has a rope course which can be enjoyed and allow for climbing through the cave. Found on Mount Sampo, exploration through the caves shows the limestone formations from over 175 million years.

While Shikoku is the smallest Island it has plenty to offer. For those looking to buy a memorable souvenir, Shikoku is famous for their udon noodles. There are a variety of shops found all throughout Shikoku that sells fresh noodles