Asakusa, one of Tokyo’s most fascinating areas, can now be termed the city’s Temple District. Asakusa, which was the entertainment hub of Tokyo during the Edo period, is now a thriving historic district in Tokyo. Along with quaint markets and fantastic street food options, Asakusa is famed for its temples and shrines, most notably Sensoji Temple.

Also known as the Asakusa Kannon Temple, Sensoji is a beautiful temple set amongst a peaceful complex accompanied by a stunning pagoda. Built in the 7th Century, this is the oldest temple in Tokyo and it is the ideal destination for those who wish to uncover the ancient past of this thriving capital.

Shrouded in legend, the story of Sensoji Temple dates back to the early 7th century. It is believed that two brothers discovered a statue of the goddess Kannon whilst fishing in the Sumida River. After returning it back to the river, the statue kept finding its way back to the brothers and so Sensoji Temple was constructed to hold the structure and act as a place of worship for the goddess. Kannon is the goddess of mercy and the structure itself was said to be too beautiful to be seen and was buried beneath the temple where it remains to this day. 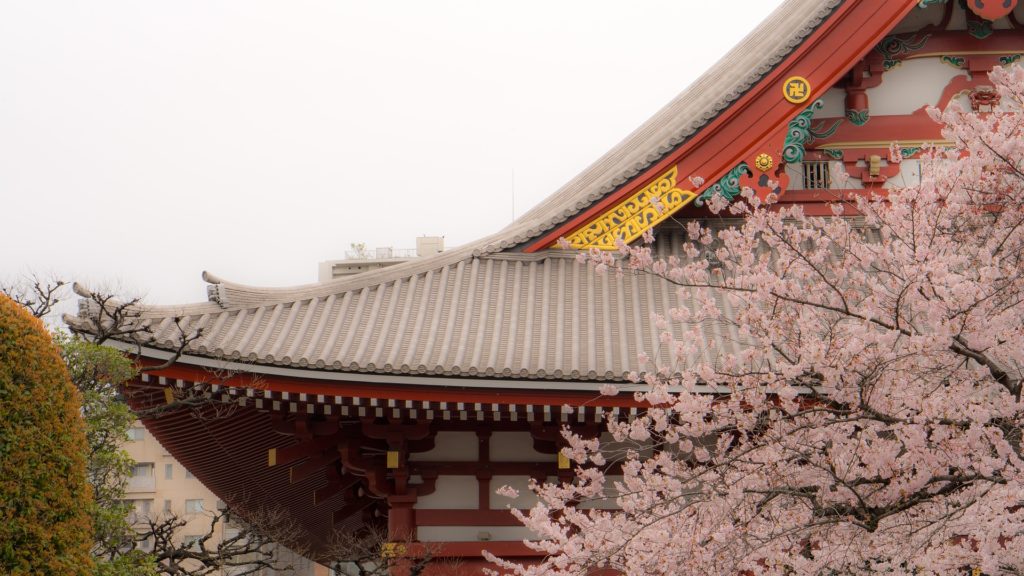 Since this time, pilgrims have travelled far and wide to worship the goddess at Sensoji temple. The temple was also greatly respected by the emperors throughout Japanese history and today people continue to travel across the country to visit it. During the Second World War, the pagoda and part of the temple was destroyed and have now been marvellously restored.

Sensoji Temple is located within a complex comprising of market stalls, gardens and statues. The temple is accessed via a large gate, known as the Thunder Gate.

Upon entering Thunder Gate visitors will be greeted by an idyllic market selling a range of Japanese souvenirs, collectibles and delicious snacks. This market is as much of the experience as the temple itself and despite the large number of visitors it boasts a distinct cultural charm. The market is known as the Nakamise market and resembles the market that lined the route to the temple during the Edo period.

The second gate, Hozomon Gate, is distinguished by a large red lantern and signifies the entrance point into the temple grounds. Within these grounds is the elegant five-story pagoda which is said to contain some of the ashes of Buddha in the top section.

There is also a purification well outside the temple where visitors wash their hands before entering. For a truly traditional experience, rub the smoke of the large incense burner onto a painful part of the body which is supposed to have a healing quality. 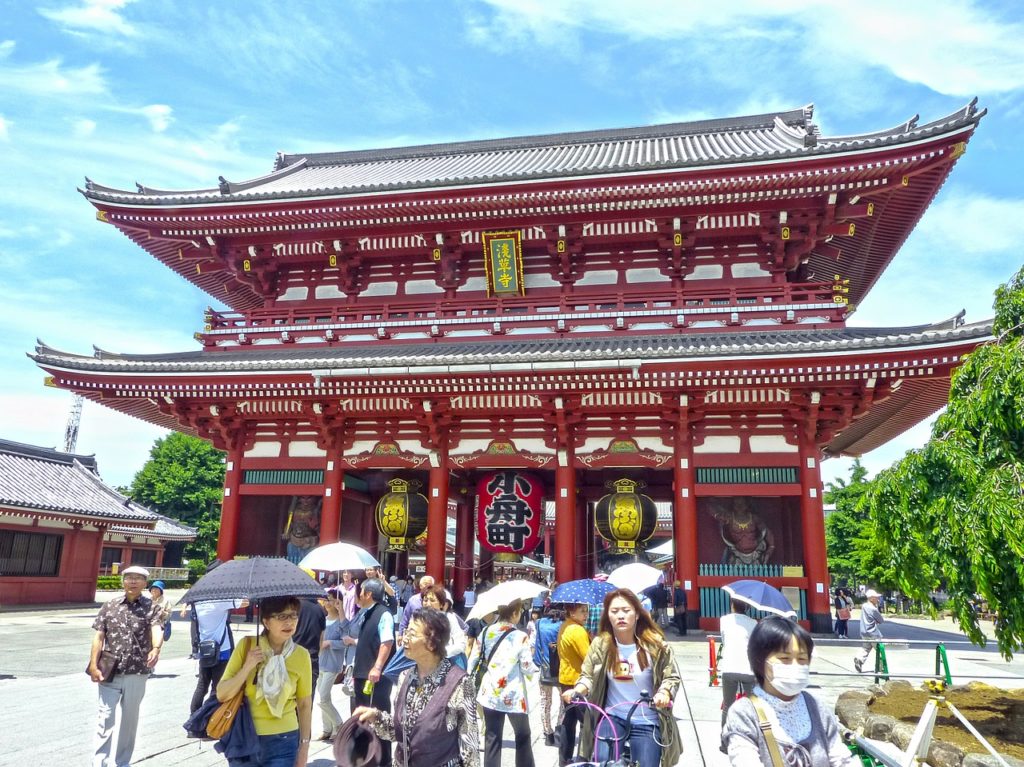 Inside the temple, be sure to look around at the impressive architectural design and soak in the calming ambience. Visitors are more than welcome to pray and worship the Kannon goddess. If you have plenty of time, take a walk around the grounds where you will find a variety of water features, structures and plants.

How to Get to SensojI Temple

Sensoji Temple is just a five minute walk from Asakusa station in Tokyo.

There are also 30 minute rickshaw rides that take passengers around the grounds.

The grounds are open 24 hours a day.