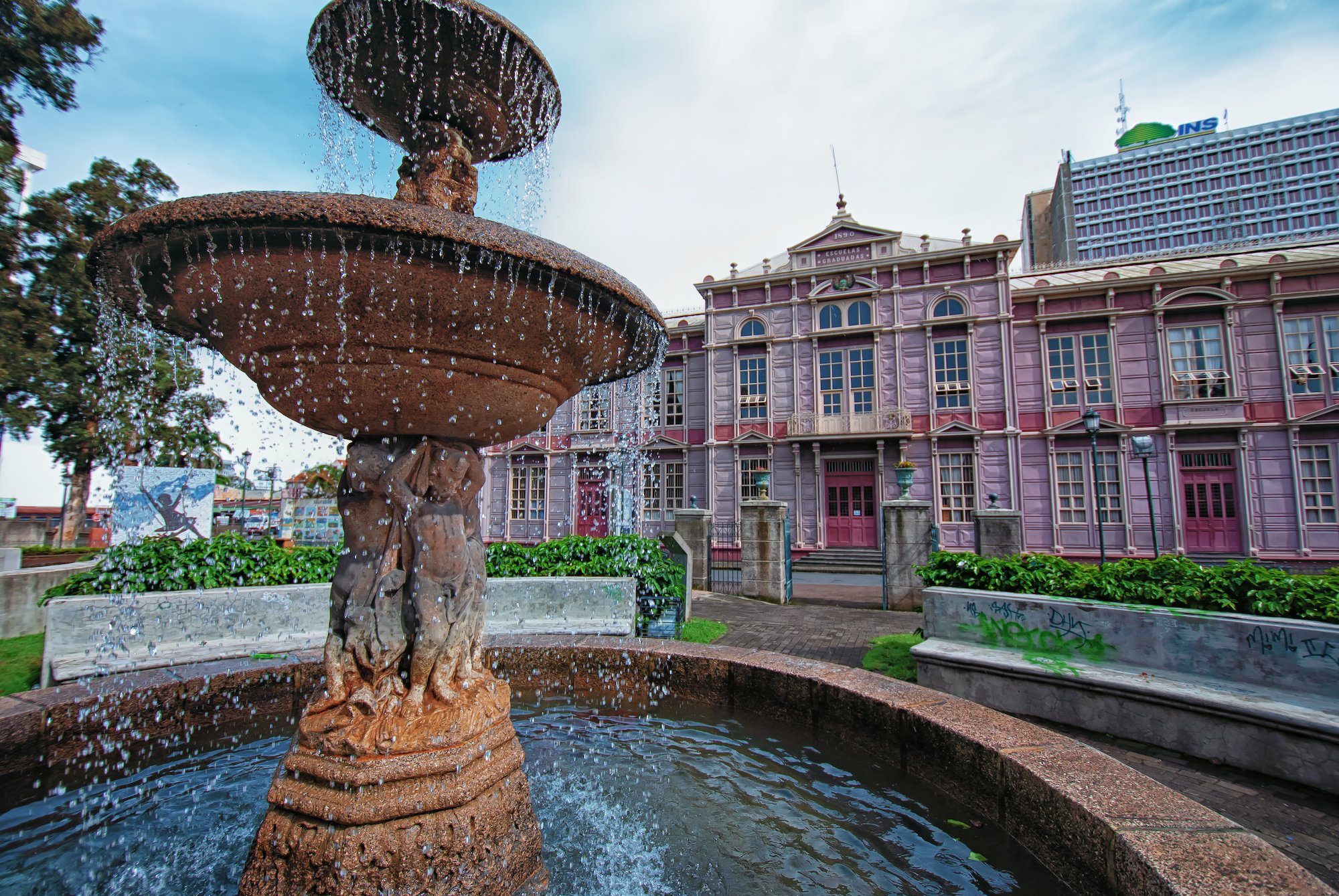 San José is the cultural, economic, and political center of Costa Rica. Located in the Central Valley region, this capital city is home to around 340,000 people from many diverse backgrounds. It’s a perfect base for visitors wishing to explore both the Caribbean and Pacific shores of Costa Rica. Check out our San José City Guide for the highlights of the city and surrounding areas that you won’t want to miss!

How to Visit the City

Most international flights arrive into Juan Santamaria International Airport, located 18 kilometers from downtown San José. If you’re planning to hire a car, it’s an easy 20-minute journey into the capital. If you don’t plan to drive during your stay, buses, shared shuttles, taxis and trains operate from the airport transporting you into San José at a low cost. There’s much to see and do in the Costa Rican capital, so be sure to allow 2-3 days at the beginning or end of your trip to explore this diverse city.

How to Travel Around San José

San José’s downtown area is easy and compact enough to navigate on foot, however public buses are available and cheap to use if you wish to visit outlying national parks and shopping malls. It’s handy to know a little Spanish when traveling in Costa Rica, as most bus drivers only speak their own language. Pick up a guidebook or download a Spanish language app to familiarize yourself with the basics.

Taxis are a stress-free and reasonably priced way to get around. Many drivers make excellent tour guides but be aware, in the evening fares can increase in price, so always check the cost before you get in to avoid unpleasant surprises. The main bus terminals in San José operate cross-country to destinations such as Liberia, Arenal, Limon, and Manuel Antonio. If you are touring Central America as a whole, you can also reach Mexico, Panama, Nicaragua, and Guatemala by bus or plane. For the more adventurous, explore Central Valley by scooter or motorcycle. Daily hire rates are reasonable, and the scenic backroad trails offer a truly unique experience off the beaten path.

Downtown, or ‘El Centro’ is home to a few tourist hotels, political offices, and many shops. It’s the cultural center of San José with the National Museum of Costa Rica, the Pre-Columbian Gold Museum and Jade Museum all in one neighborhood. If you want easy access to amenities but prefer to stay in a more tranquil location, choose hotels a few blocks away.

The eastern suburbs of Barrio Escalante & San Pedro are predominantly residential, frequented by students and professionals. San Pedro in particular is the home of University of Costa Rica, great shopping, hip restaurants and live music venues. They are great areas for tourists with chic hotels and lots going on, plus you can walk to National Museum of Costa Rica and the Jade Museum in around 20 minutes.

Escazu has a large ex-pat community and has become quite Americanised in recent years with chain restaurants, shopping malls and deluxe condos. It’s an affluent suburb of San José, 20 minutes from downtown and great for families with familiar hotel chains and international diners nearby. The neighbourhood is handy for the airport, and on the right side of the city if you wish to see hand-painted oxcarts of Sarchi and hot springs of Arenal during your stay.

No San José City Guide would be complete without mentioning its incredible foodie scene! With farm-to-table restaurants, vegetarian and international eateries in the city. You can enjoy Italian food one evening, traditional Costa Rican fares the next, or even tuck into a lavish gourmet burger! Bars range from craft breweries set in refurbished factories to chic cocktail rooms and mystical hole-in-the-wall establishments serving up wine, tacos, and fortune-telling all in one sitting. Nightlife is equally as exciting with some of the liveliest clubs in Central America hosting international DJs, live music, stand-up comedy, jazz, rock, and blues bands.

San José boasts several produce and handicraft markets where you can purchase hand-painted masks, tribal art, traditional coffee makers, and more. Mercado Central is probably the most popular in Downtown San José. It’s a maze of colorful stalls selling anything from meat, fish, and cheese to cowboy boots and Costa Rican roasted coffee beans. The city’s main shopping street is Avenida Central, however, there are pockets of the city with their own artisan, craft and produce markets held on various days of the week. Venturing onto the highways just outside San José, modern shopping malls await with designer and outlet stores, multiplex cinemas, and restaurants to suit all tastes.

San José is packed with independent galleries, picturesque parks, and museums. The National Museum of Costa Rica allows you to delve deeper into the country’s indigenous history and boasts rare artifacts dating to the Pre-Columbian era. San José also has an interesting Gold Museum and a Jade Museum, where you can view over 7,000 pieces of this precious green crystal and discover the importance of its use in ancient times. San José isn’t just about museums though. It also boasts theatres, music venues, and galleries. Fans of opera and orchestral performances will enjoy a visit to the National Theatre. With striking palatial décor and statues dedicated to the world’s greatest composers, it’s worth spending an hour or two here, even if you don’t take in a show.

San José boasts a unique mix of hotels ranging from 4 and 5-star chains to luxury boutique hotels and quirky guesthouses. Depending on your taste, you can choose from a contemporary villa in an affluent suburb, an elegant award-winning hotel within a short walk of historic sites, a 5-star boutique hotel with a rooftop pool on the periphery of the city, or a peaceful lodge retreat in the lush mountains of Central Valley.

Places to Visit near San Jose

Why stop a San José City Guide within the city limits? When you stay in San José, the spectacular bird and wildlife of Los Quetzales National Park are just a short drive away. The tropical paradise is home to the rare Quetzal bird, sloths, hummingbirds, and pumas. Poas Volcano National Park is also an ideal day-trip territory with amazing hikes to one of the largest craters in the world. Central Valley, where San José resides also has some of the best coffee growing farms in the country. If you love to wake up to the taste of this aromatic brown nectar, a tour of the plantations is a must.