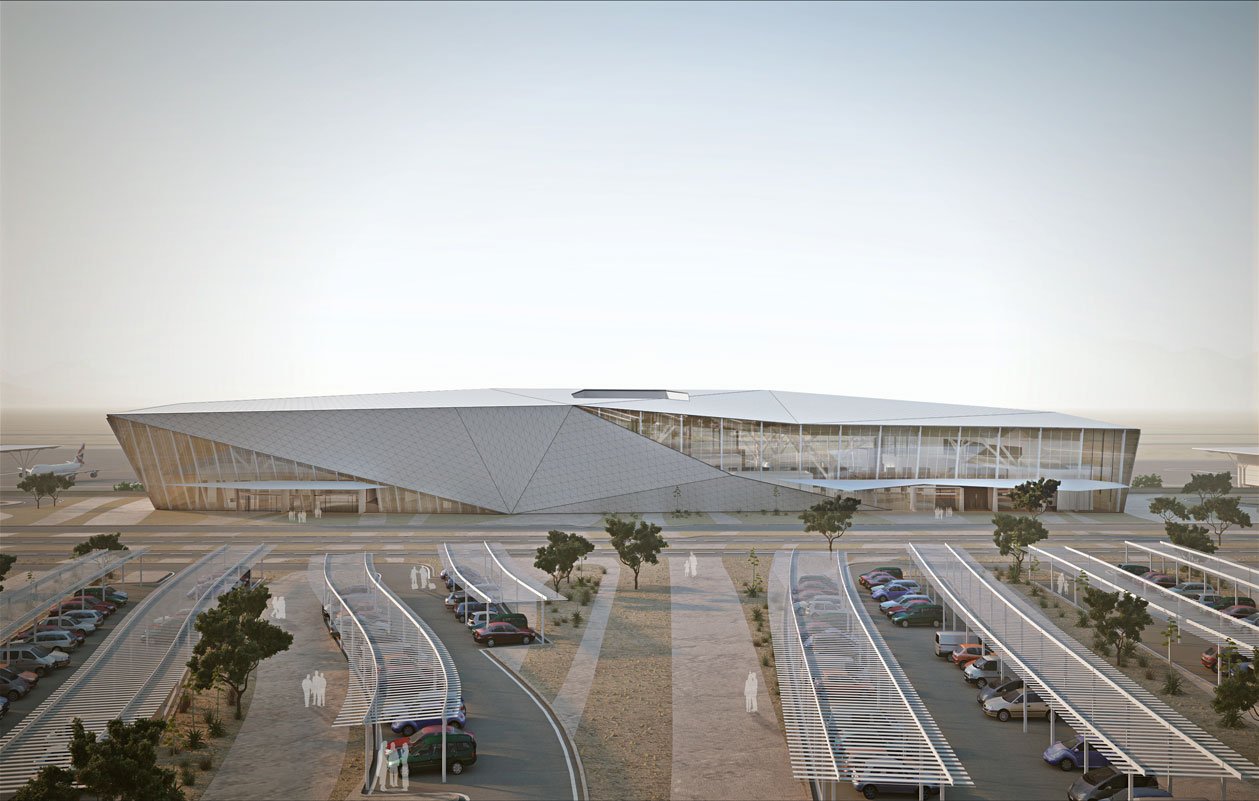 Eilat’s new Ramon Airport officially opened just north of the city of Eilat in 2019. Our Eilat Ramon Airport Guide has all the information you need to know. Firstly, the new Ramon Airport replaced the two existing airports in Eilat, Eilat City Airport and Ovda Airport. Consequently, creating an impressive new international gateway to Eilat, Southern Israel and the Red Sea. The Ramon Airport is expected to handle up to 2 million passengers a year upon opening with expansion allowing capacity of up to 4.2 million passengers by the year 2030. All domestic flights to the old Eilat City Airport from Tel Aviv and Haifa have now moved to the new Eilat Ramon Airport. Plus, the airport will also begin handling low-cost and charter flights from Europe, which were previously in Ovda Airport. This includes flights from Ryanair, WizzAir, Transavia, SAS, Finnair, Edelweiss, and Ural Airlines.

Ramon Airport’s Terminal building is designed by Mann Shinar Architects and will handle 2 million passengers. Certainly expected to grow to 4 million passengers at a later stage. Most importantly, the terminal features all key facilities of a modern airport terminal including a duty-free store, foreign exchange, information, and transportation services.

In short, the location is the ideal gateway to Southern Israel with its array of attractions and leisure options. Dive in the coral reefs of the Red Sea in Eilat, or take a tour to Masada, King Herod’s ancient fortress. So, cross into Jordan and take a trip to Petra or hike in the wondrous mountains of the Negev Desert. This is a land of endless possibilities.

The new Eilat Airport terminal has been designed using materials which reflect the right natural beauty of the Timna Valley where the airport is located. To clarify, many term the airport Timna Airport in light of the location, yet the official name is Ramon International Airport.

Airlines expected to operate at the new Eilat Ramon Airport include those currently serving Eilat Airport, Israir and Arkia. As well as the European airlines serving Ovda Airport including Ryanair, Wizz, and more European charter airlines during the winter season. As a result, Ryanair is expected to base several aircraft at the new airport and grow this hub into a focus city on their European route network.

Ramon Airport is just 18 km north of Eilat. Eventually there will be a rail link, but for the time being there are bus shuttles from Ramon Airport to Eilat for the 10-minute journey to the city. Taxis are also available.

As a result of its location at the head of the Red Sea, the Ramon Airport is also a gateway for southern Jordan including the resort of Aqaba, and areas of Wadi Rum and Petra. Plus, the Taba area of Sinai, in Egypt. In addition, shuttle connections to both Jordan and Egypt are expected from Ramon Airport. Therefore contributing to making the new airfield becomes a truly regional hub.

Ramon Airport has scheduled domestic flights from Tel Aviv and Haifa. Plus international low-cost, scheduled, and charter flights from Europe and Russia. Subsequently taking the capacity from Eilat Airport, of around 60 commercial aircraft movements a day, plus the movements from Ovda of 2 to 10 movements a day.

As of June 2021, the following airlines and destinations are running:

The flights below are currently unavailable: 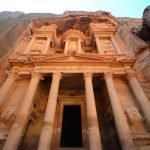 Petra Day Tour from Eilat From $219 per person 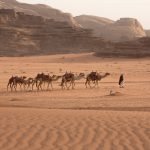 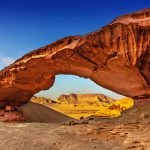