Osaka Castle is situated amongst the bright city lights of Osaka; a stunning structure where Japan’s regal past sits together with its impressive city skyscrapers. Osaka castle was originally built under Toyotomi rule and is steeped in a regal past.

Beyond the grandeur of the castle itself, guests can also enjoy the garden which is home to 600 cherry trees making it a phenomenal destination during early April when the trees come into full bloom. In contrast to the rest of the city, Osaka offers a distinct tranquillity which has been at the centre of the local community since the early 20th century. 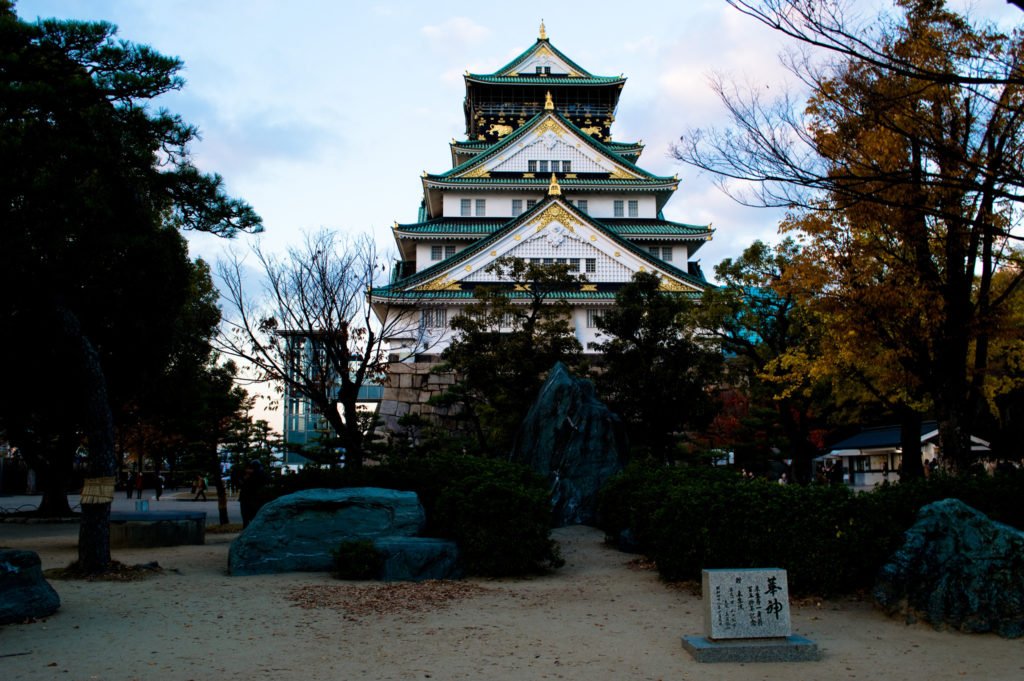 In 1583, around 100,000 builders were put to work to construct Osaka Castle. The man behind this castle was General Toyotomi Hideyoshi, a peasant who rose to fortune as a samurai and military general. Upon its completion, Osaka Castle was deemed as one of the grandest buildings in the country.

Within thirty years of its construction, Osaka Castle was destroyed during the Summer War of Osaka and reconstructed by the Tokugawa shogunate. The castle was destroyed by a fire in 1868 and was not rebuilt again until 1931 when the local community made a generous contribution. The castle which stands now takes its inspiration from both the original and Tokugawa structures and it was recognised as an important historical site in the 1950s.

Today the castle stands in all its glory, towering above the gardens and moat. Visitors can marvel at a wonderful art collection which is located within the castle tower. Inside there is also a range of armour and various historic artefacts. Entrance to the castle tower and collection is free which makes it an ideal trip for any traveller and any budget.

When the castle was rebuilt by the Tokugawa shogunate, huge stones were used to make the castle even stronger than it originally was. Some of these stones are still in use today and can be viewed by walking around the outside. 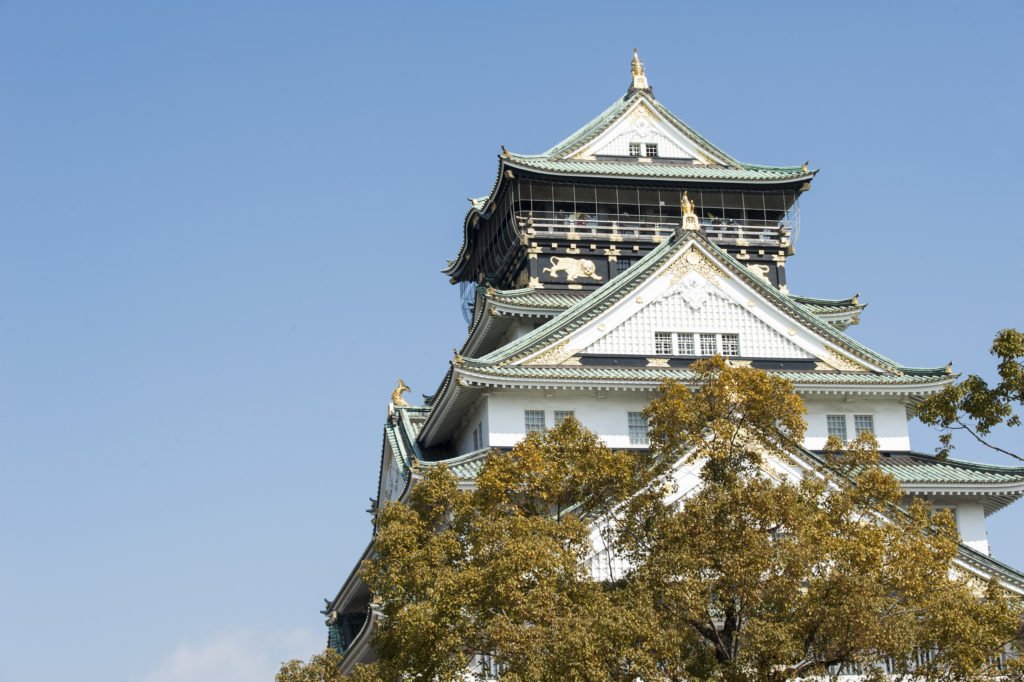 The Nishinomaru Garden is particularly popular for its display of cherry blossom trees. During the cherry blossom season, the garden remains open in the evening. If you find yourself in the area during the full bloom, the night time viewings are a particularly spectacular experience. The garden boasts 600 cherry trees which offer impressive photographs during spring time. There is also a charming tea ceremony house located within the garden for those looking for somewhere to rest.

How to Get to Osaka Castle

The castle is located within Osaka Castle Park amongst 106 hectares of gardens. The nearest entrance to the castle is via the Otemon Gate. The closest subway station is Tanimachi 4-chrone which is on the Tanimachi and Chuo lines.

During the cherry blossom season, price to the garden increases to 350 Yen (ca. 3,50 USD).