In the mad-rush to see everything in Tokyo, particularly the ‘crazy’ sights that people hear about in Shinjuku and Shibuya, many visitors will choose to skip the area of Old Tokyo/ Chiyoda altogether. If you have no interest in Japanese history or politics then it may not be the best way to spend your time, but for those with even a casual interest, it is an area that will not disappoint.

The Imperial Palace is the highlight, for sure, but the whole area is astounding and with much more room to walk and breathe than elsewhere in the city, it is a welcome change.

Originally built by Ōta Dōkan in 1457, but most famously used by Tokugawa Ieyasu and his Shogunate, Edo Castle transformed from a feudal fort into an Imperial Palace with the arrival of the Emperor in 1868. The old castle grounds today are mostly occupied by the Imperial Palace but just outside the walls are many other seats of power, such as the National Diet Building, the Supreme Court, and the Prime Minister’s Official Residence.

Despite only taking 12km² of Tokyo’s limited space, Chiyoda contains some of the oldest symbols of power in the country and also technically includes the new-world metropolis of Akihabara, a stark contrast to the stately atmosphere around Tokyo station. 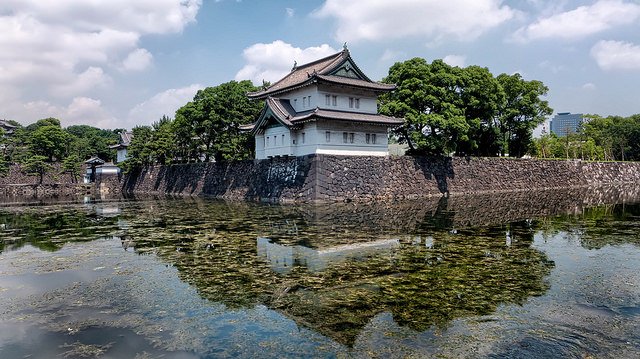 Marunouchi is the area that directly separates Tokyo station from the Imperial Palace. It used to be the favored location for powerful daimyōs (feudal lords), and is now the favored headquarters of many of the country’s biggest financial firms. Literally translating as ‘inside the circle’, Marunouchi has always lived up to its name. Famously, there are no subway lines under the Imperial Palace but there are many train stations around its edges.

The only entrance to the Imperial Palace is closest to Otemachi station while the moated area of Chidori-ga-fuchi is best reached from Kudanshita. Don’t forget to use Tokyo station at some point, a magnificent building both inside and out.

What to do in Old Tokyo/ Chiyoda

The main attraction in visiting Chiyoda is in seeing the Imperial Palace and while the East Gardens are free to wander around at any time (apart from Mondays and Fridays), booking a tour of the Palace itself must be done through the Imperial Palace Household Agency.

Tours are free but are incredibly popular and get booked up very quickly, only going online the month before on the 1st. As well as containing the country’s financial muscle, Marunouchi also has several notable museums such as the Mitsubishi Ichigokan and Idemitsu Museum of Arts, as well as the visually stunning Tokyo International Forum building. Despite the overblown controversy that surrounds its every mention, a visit to Yasukuni Shrine near the Palace northerly walls is recommended. 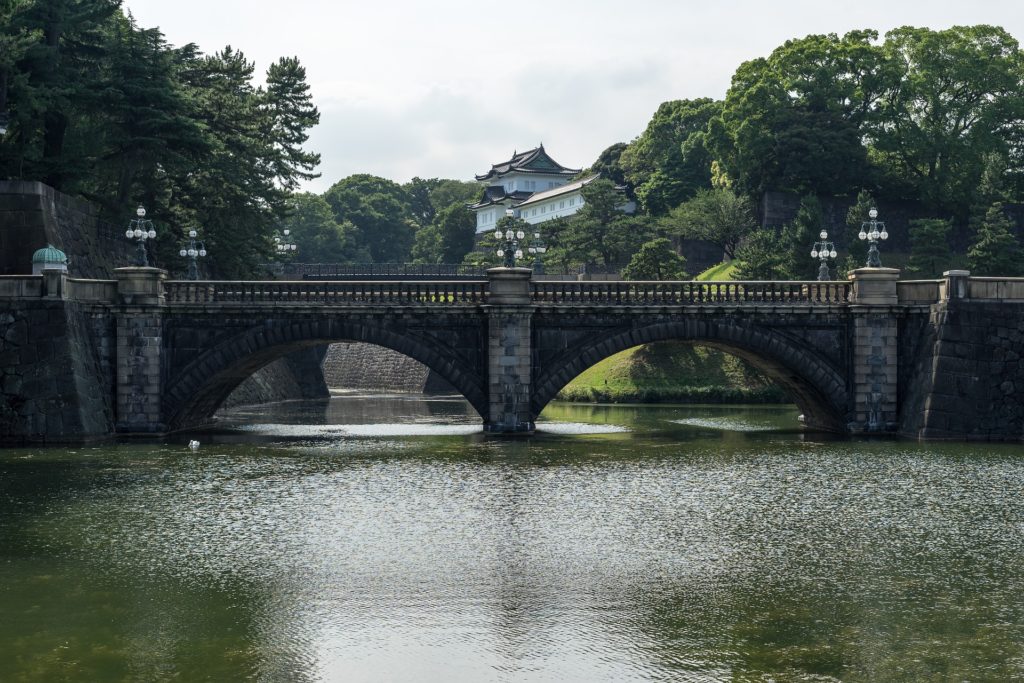 However, many people find enough entertainment in Chiyoda without leaving the train station. Though it has gone through several different iterations since it was first opened in 1914, Tokyo station remains a very distinct station from all others in the city. It has undergone two assassinations of Japanese Prime Ministers, an intense firebombing during WWII in 1945 and numerous attempts to renovate it, but the exterior still looks similar to how it did 100 years ago.

The inside is a different story, with a maze of underground shops and restaurants merging into nearby malls to keep commuters occupied for hours. Character Street has all the major Japanese toy brands you could hope for, while Ramen Street has some of the city’s most famous ramen restaurants.

How to visit Old Tokyo/ Chiyoda

The Old Tokyo/ Chiyoda area is not somewhere that is particularly worth staying in, and nor is it an area worth hanging around in after dark. There aren’t very many restaurants here and the place can get very deserted outside of working hours. It is very easy to get to so don’t hesitate to visit but perhaps consider moving on to nearby Akihabara, Ueno or Ginza when you have finished exploring the area.

Try to be organized and book a tour of the Palace if possible as it is something that very few visitors get the chance to do, but even if you don’t succeed, then Chiyoda can still delight. The East Gardens are just as nice as many parts shown on the tour, and Yasukuni Shrine is a poignant reminder of Japanese history both old and new. Finally, keen runners should definitely come to the area on a weekend to join the hundreds of people who run laps around the Palace walls.