The town of Nikko and the surrounding area known as ‘Oku-Nikko’ have plenty to offer all varieties of tourists. The prime attractions within the town itself are mostly historical and religious, while Oku-Nikko is home to some of the Tochigi region’s finest natural landscapes and vistas.

Nikko is a very popular weekend destination all year-round for local people but is becoming increasingly well-known amongst foreign visitors because of its old-world charm and spectacular scenery. There is little of the hustle and bustle that one expects from mainland Japan but much more in terms of history and culture. You won’t find Nikko on many tour guide’s top 10 lists but this is a mistake as this enchanting and welcoming town is one of Japan’s best kept secrets. 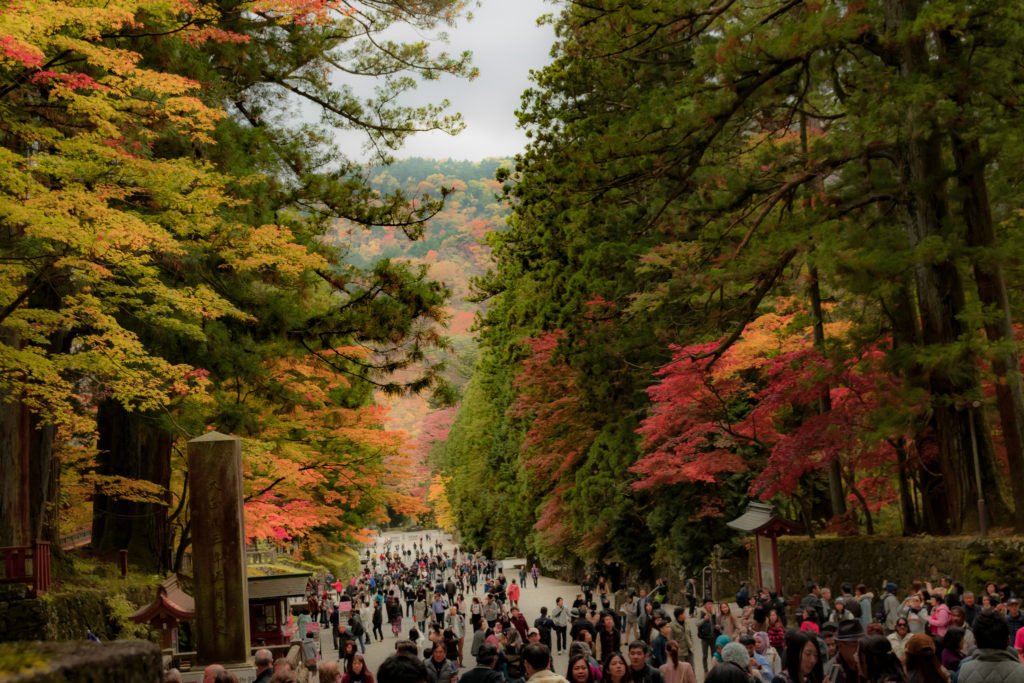 While today it is commonly known as a hotspot for temples throughout Japan, it’s hardly surprising to learn that the settlement of Nikko both originated and grew because of two temples. A buddhist priest by the name of Shōdō Shōnin established a series of temples in the mountains near Nikko in the 8th Century which caused the establishment of Nikko as a town.

Legendary Shogun Tokugawa Ieyasu, whose family ruled Japan for almost 300 years, requested to be buried in Nikko in a simple shrine before he died in 1616. His grandson sought to please his iconic ancestor by later building the elaborate Toshogu Shrine, which would lead to a surge in both the population and relevance of Nikko.

What to do in Nikko

Even those who don’t know anything about Japanese history should consider following the crowds to Toshogu Shrine and exploring the vast temple grounds erected in honour of the country’s most fearsome leader. Though the site is undergoing some major reconstruction until 2019, the buildings are still a remarkable sight, particularly when set against the snow of winter. The best way to explore the town is on foot and no better final destination than Kanmangafuchi Abyss, a scenic gorge and wooded area that also contains 70 (almost) identical stone statues of the Bodhisattva Jizo, guardian of travellers.

Toshogu will almost certainly be busy but the good news is that almost nowhere else it will be. Head towards Chuzen-ji Lake and its myriad of attractions, but don’t forget to visit the Akechidaira Ropeway along the way; this cable-car offers the best view of the mountainous region. While the towering Kegon Falls waterfall may be the most spectacular around, it’s by no means the only water feature at Chuzen-ji Lake. Ryuzu Falls and the Yudaki Waterfall are both worth a visit. 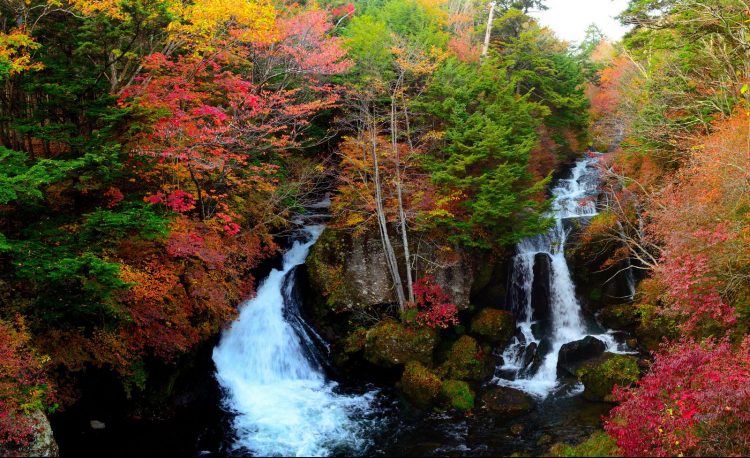 How to get to Nikko

While the portion of Honshu island called Kantō is most famous for Tokyo, Nikko is definitely one of the area’s highlights. Despite being about 150km north of the capital, Nikko is easily (and very affordably) reached by train and this makes it a perfect weekend break from the biggest city in the world. The stand-out Toshogu Shrine and the majority of Nikko’s temples are based in the town centre, while the wonders of Oku-Nikko are to the west and reachable by bus.

How MUCH TIME to spend in Nikko

While the shrines are interesting at any time of the year, Nikko really excels in the winter. The inevitable snow gives both the town and surrounding area a magical feel, particularly compared to the grey skies of Tokyo in winter. This makes it a great spot for a weekend break or as a part of a wider expedition into the Japanese alps. It’s also home to a number of fantastic (and again, affordable) traditional ryokans, almost all of which have their own onsens.

Where to Stay in Costa Rica

How to Get to Petra from Israel