Mount Fuji is the highest point on the volcanic islands of Japan, the 35th highest mountain in the world and possibly the most iconic and distinctive peak on the planet. Climbing the 3,776m to the top is something that millions of Japanese people and foreigners alike aim to do during their lifetime, but it’s not the only reason why the mountain is so popular.

Visual representations of ‘Fuji-san’ can be seen on almost every surface available in Japan but simply getting the chance to actually gaze at it is regarded by many as the highlight of a trip. Mount Fuji deserves its reputation and is worth its place on any trip to Japan. 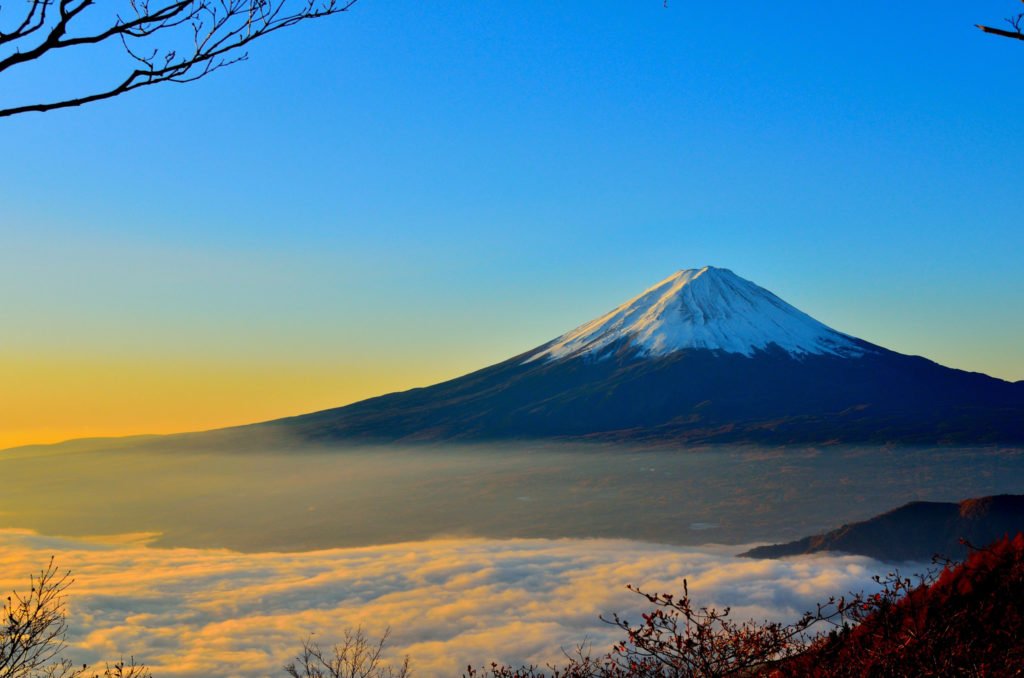 What is Mount Fuji?

Actually a volcano, Mt Fuji hasn’t erupted since 1707 but is still deemed as active today. A famous Japanese proverb states that ‘a wise man will climb Mt Fuji once; a fool will climb it twice’ and for years this was true, until the changes brought about by the 1868 Meiji Restoration meant that foolish women could finally do the same.

The mountain was first summited by a foreigner in that same year but has reportedly been climbed by the Japanese from as early as 663, when first climbed by a monk. Its role as a sacred monument for both Shintoism and Buddhism dates back much longer than its thrill-seeking properties and is still seen by many as a gateway to another world. Fuji’s religious significance is marked by the twin Sengen shrines (one at the foot of the mountain, one at the top), and several torii gates dotted among the 10 stations that comprise the route.

Though it sits 100 km south-west of Japan’s capital and is actually much closer to Shizuoka, Tokyo really seems to lay claim to the great mountain. There are dozens of ways to reach the greater Fuji-area from Tokyo and countless methods for catching a glimpse of the peak without leaving the city itself.

The ‘Five Great Lakes’ that surround the northern rim are also home to five touristy towns that pride themselves on their access and proximity to the mountain. Most shinkansens going to Tokyo from the south-west will blast straight past Fuji along the Tokaido route, offering passengers a quick view if they’re lucky. 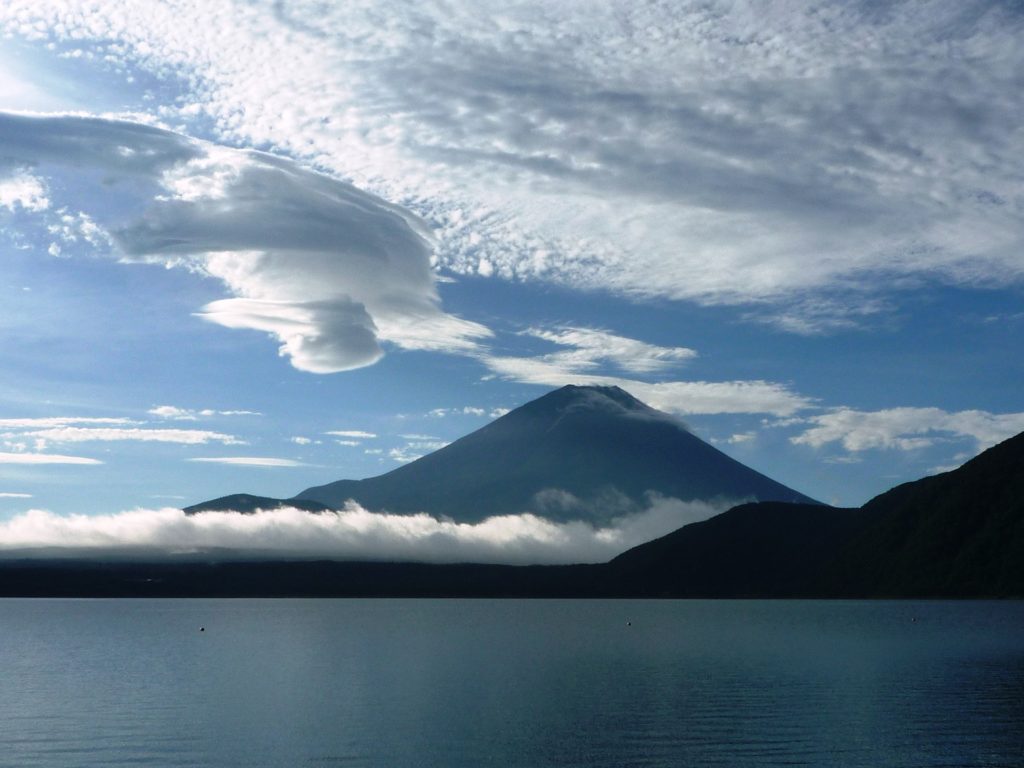 How to See Mount Fuji

If you just want to see Mount Fuji from a distance, climbing a tall building in Tokyo such as the Metropolitan Government Building in Shinjuku on a good day, will allow you to do so, but it can be spotted from just about anywhere, including on the train.

To really see Mount Fuji up-close, head west from Tokyo to one of the five Fuji-centric towns. At Kawaguchi-ko, you can take a cable car up Mt Kachi to get a good look or hop aboard the ‘Pleasure Boat’ to see it from the lake. Though not one of the lakes, Hakone offers similar options but is unrivaled in terms of relaxation; stop by the Hotel Green Plaza’s onsen after a day’s exploring to watch the sunset behind Fuji while taking a hot bath.

Climbing Fuji is a different beast altogether. The official climbing season only includes July and August and though you can climb at other times of the year, it should only be for seasoned mountaineers as nowhere along the route will be open and you’ll face some difficult weather conditions. Even in July or August, the weather at the top can drop below freezing, especially if you’re trying to reach the peak for the spectacular sunrise.

The most popular option up is to take a bus to one of the four ‘5th Stations’ half-way up the mountain and climb from there. The Yoshida-Guchi trail which begins from Kawaguchiko 5th Station is the most frequented of all. From here, follow the hordes of climbers to a mountain hut near the 8th station for a night’s rest, before tackling the summit at dawn. Expect slow-moving human traffic from the moment you step off the bus, especially if you try to reach the top via torch-light in the early morning. 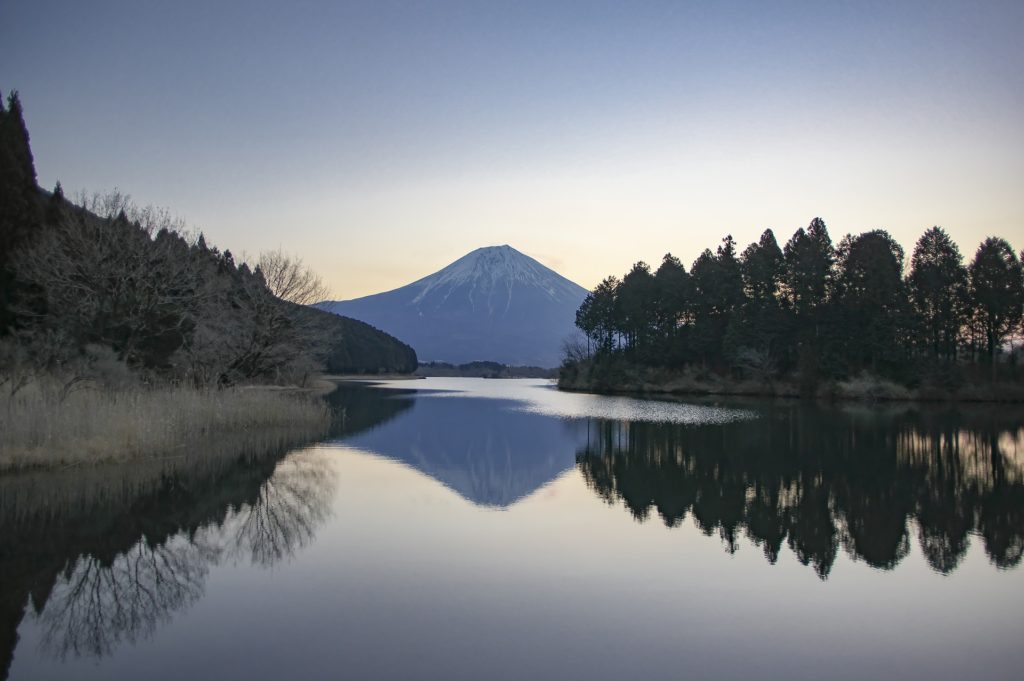 There are numerous other routes up to the top but the most fabled, and most challenging, is start from the bottom, which is surprisingly something that very few climbers ever attempt. Beginning from the Kitaguchi Hongu Fuji Sengen Shrine in Fujiyoshida, true Fuji pilgrims will expect to climb almost completely alone for the entire Yoshida-guchi trail, before they merge with other climbers at the 5th station. Be warned, this route is not for the faint-hearted.

All sorts of people climb Mount Fuji but you should have a good base level of fitness to consider the climb. Starting from the bottom involves a 5am/6am bus from Shinjuku to allow for enough time, but expect to walk for 8-10 hours before (almost certainly) spending the night in a hut. Coming from the 5th station means quicker walkers could summit and get back down within a day but then you’d miss out on the incredible views of sunrise over Japan.

If you wish to visit one of the towns at the mountain’s base, then allow for a full day to see all the sights, or a weekend if you wish to really relax.