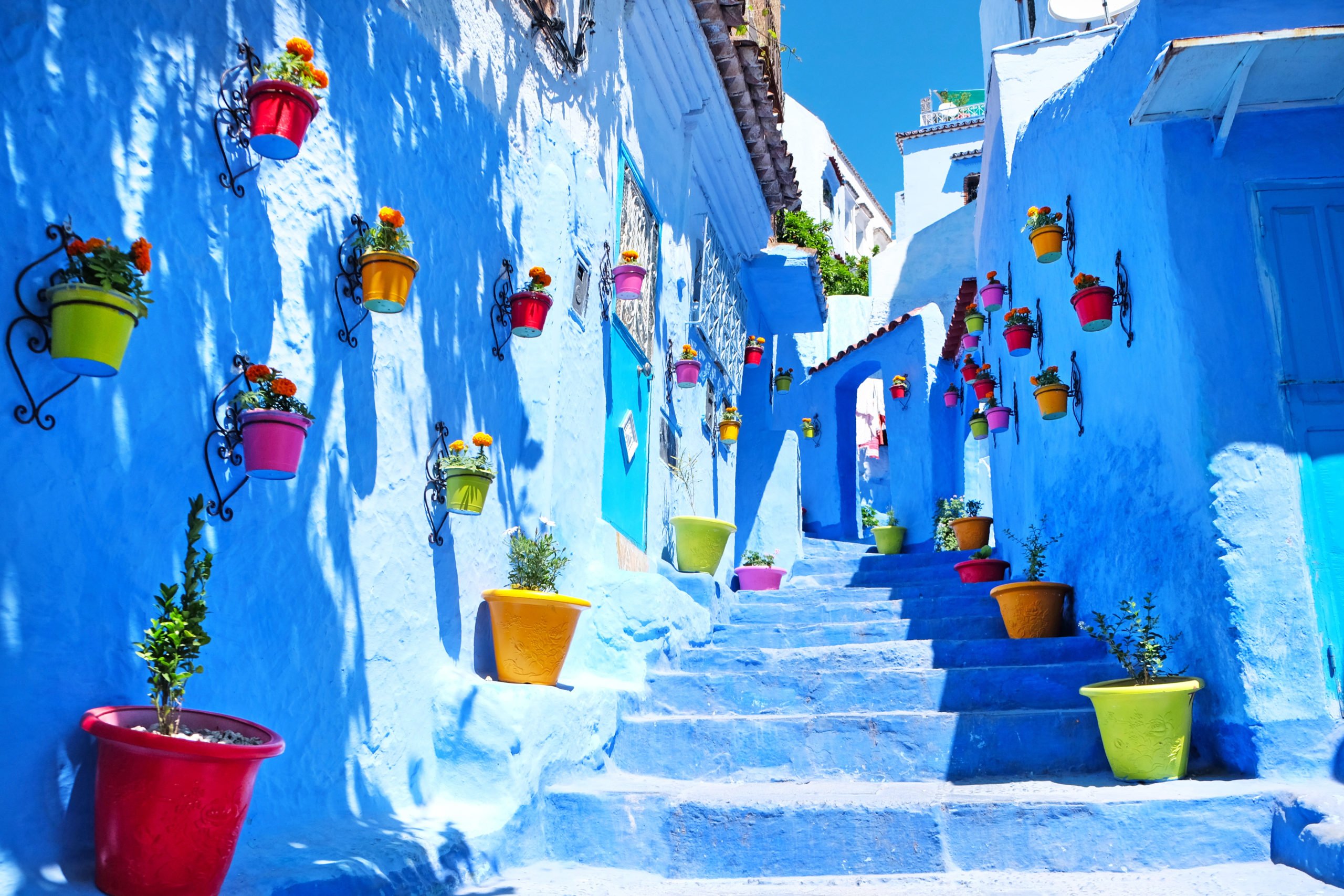 See All Tours See All Hotels See All Packages
Often called the gateway to Africa, Morocco is a beautiful blend of cultures and styles that shines through its ancient medinas and modern marketplaces. Head to the storied cities of Fez, Marrakesh, or Casablanca for a taste of modern life, or explore the natural beauty of its rugged coastline, the undulating dunes of the Sahara, or trek the High Atlas mountains on your unforgettable journey.
Read more
Capital City
Rabat
Currency
Moroccan Dirham
Language
Arabic
Traditional Dish
Tagine
Power Outlet
C, E I 220V ~ 50Hz 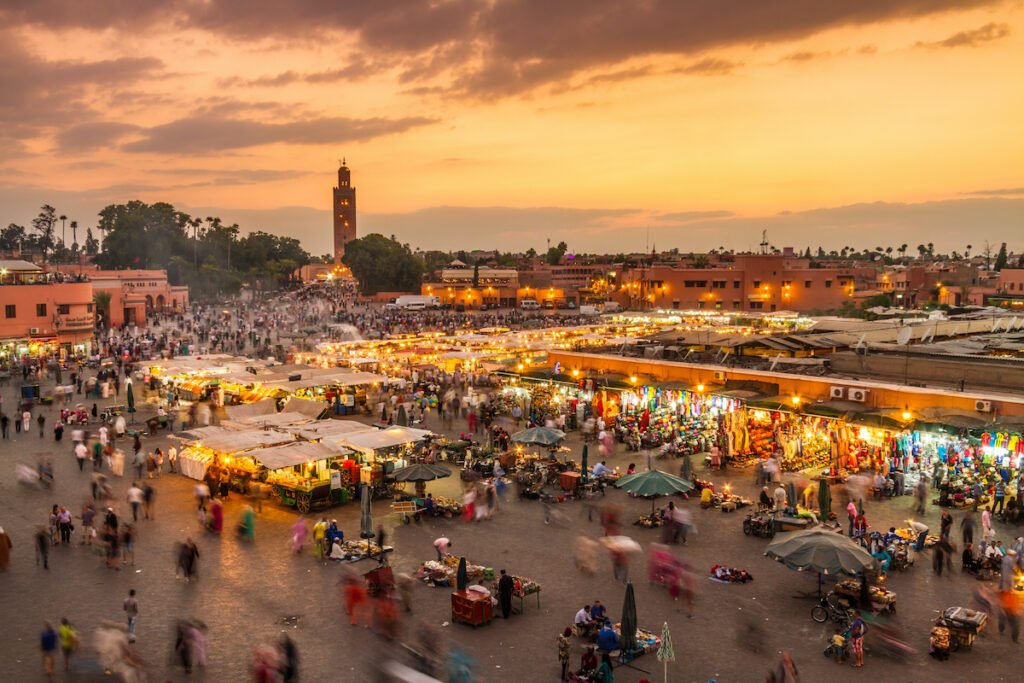 Marrakesh’s richness of traditions has attracted everyone from Yves Saint Laurent to Rihanna. Within the warren of streets that make up the walled medina, haggling still takes place much as it did a thousand years ago. Eventually all roads lead to Jemaa el-Fnaa, the busiest square in Africa, and fit to bursting with tempting bites to eat. 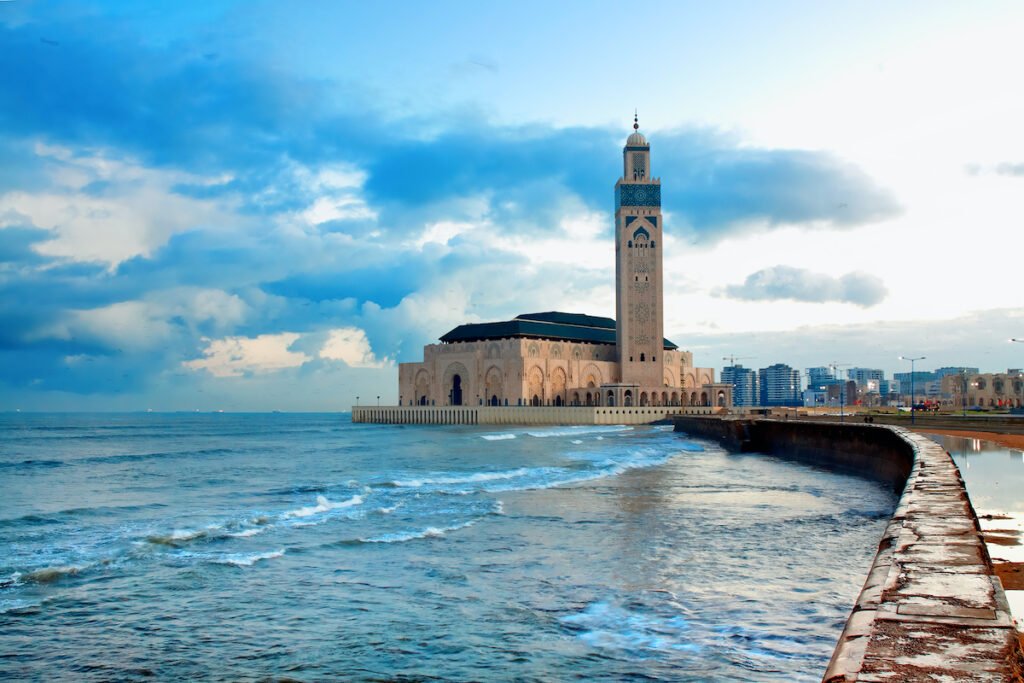 Perhaps the most French of Moroccan cities, most people’s introduction to Casablanca is the classic 1940s movie. Things have moved on a pace since then, but linger a while and you’ll soon realize why more Moroccans relocate here than anywhere else. 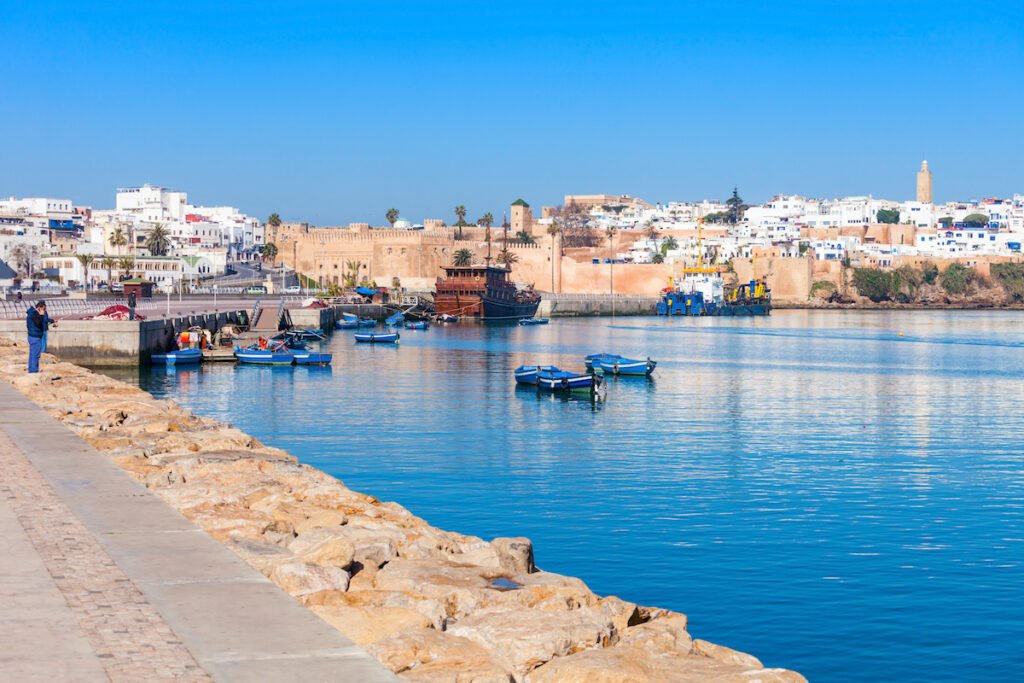 The Moroccan capital, Rabat has a shortlist of attractions that includes ancient towers, an authentic medina, a haunting kasbah and busy centrally located Atlantic beaches. It’s here you’ll find much of the city’s youth when the streets of the medina empty out, leaving your footsteps to echo out across the cobbles. 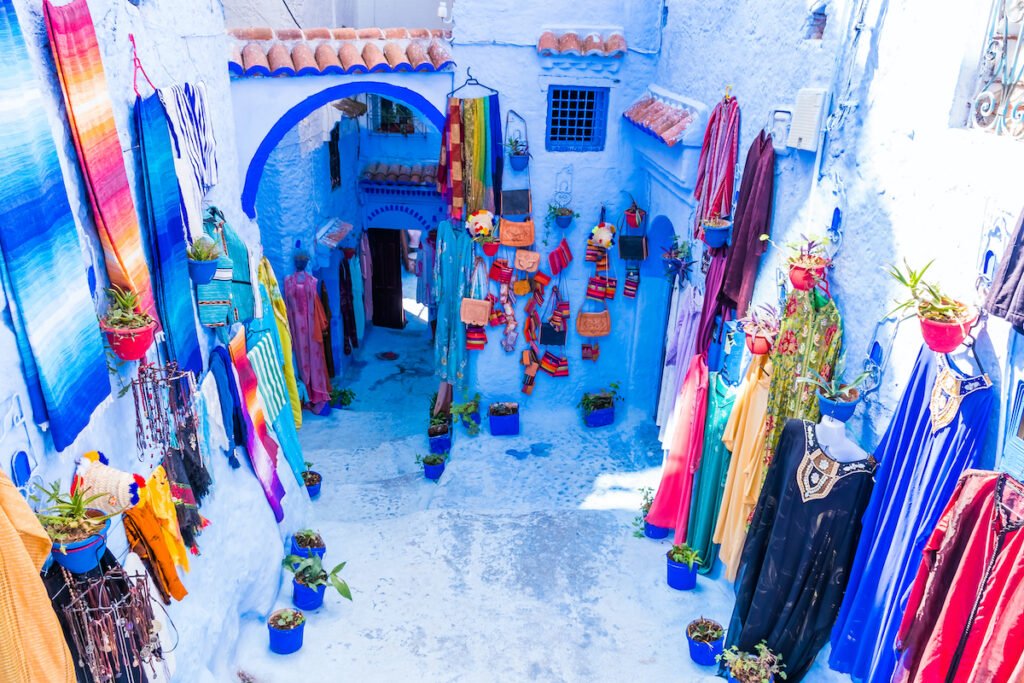 Known for its ancient blue-washed buildings, Chefchaouen has an extraordinary natural position between the Rif Mountains and the Mediterranean Sea. Often used as a staging post for adventures further south, it has a charm that’s certainly worth a detour, and skilled craftspeople producing handicrafts you won’t find anywhere else. 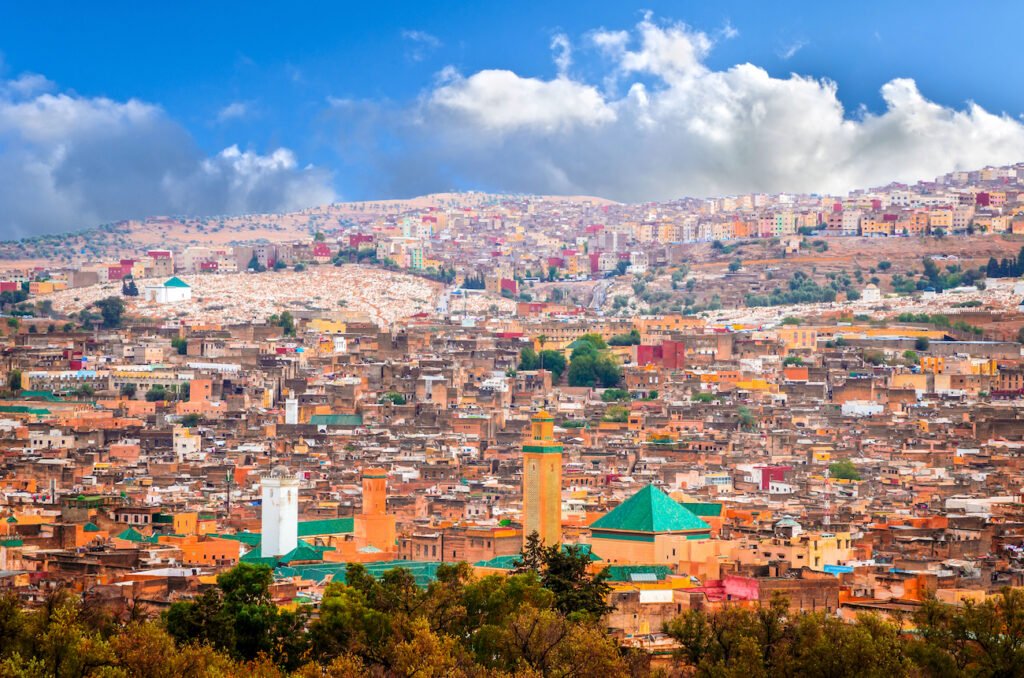 Laid-back Meknes and big brother Fez both have imperial grandeur in bucket loads. Beyond the must-see sights their charming streets hark back to medieval times. Grand gateways lead to hidden squares and alleys come to abrupt halt just in time for a trader to offer up a glass of mint tea in time-honored tradition. 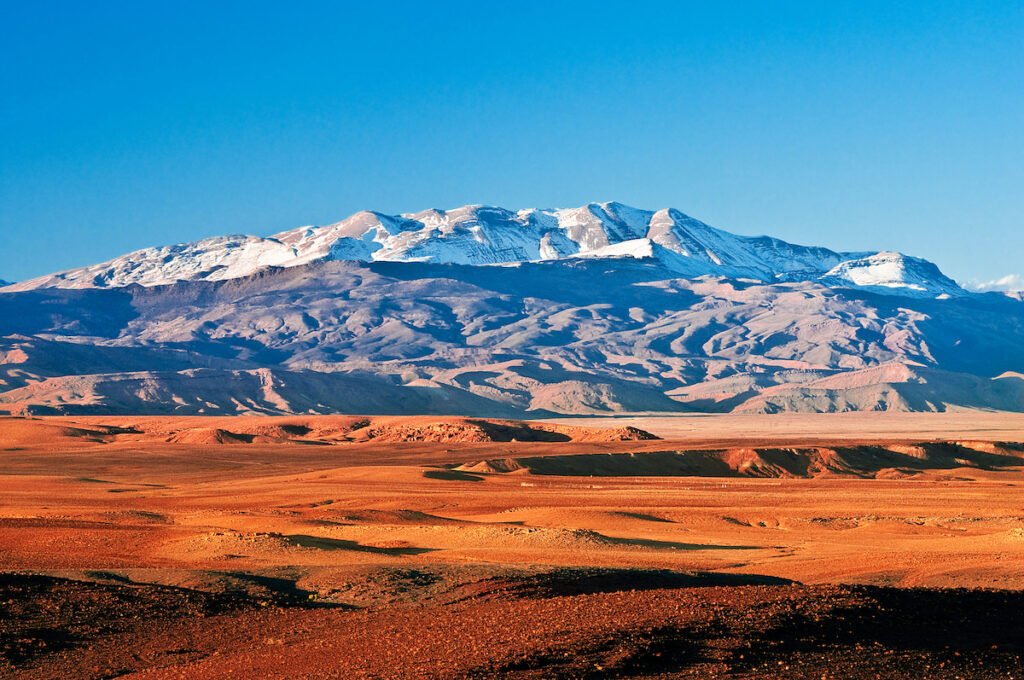 While Mount Toubkal, the highest peak in North Africa, takes much of the glory, the High Atlas also provides a gateway into Berber culture. Many small traditional villages continue to thrive. Life largely follows the rhythms of the seasons, with Ouarzazate a major trading post since long before the advent of modern Morocco. 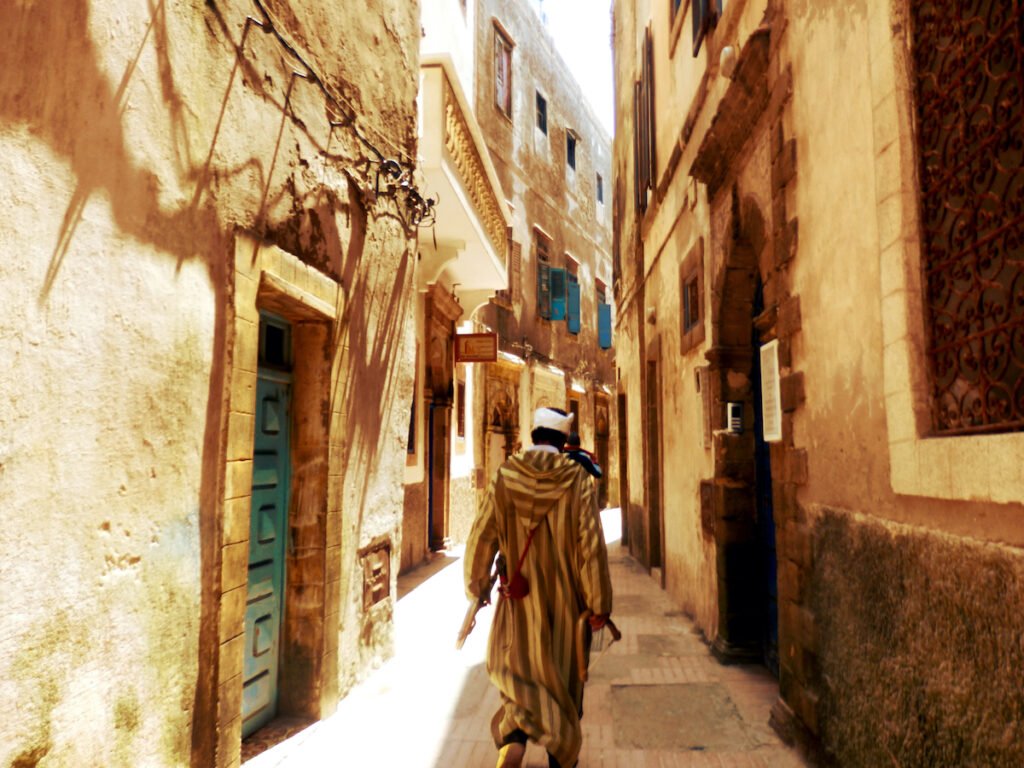 Trendy Essaouira has come a long way since its humble fishing origins. Today the boats are joined by a plethora of windsurfers and their hangers on. They eek out the rare windless day in the atmospheric medina alleys filled with tiny boutiques, galleries and hip cafés. 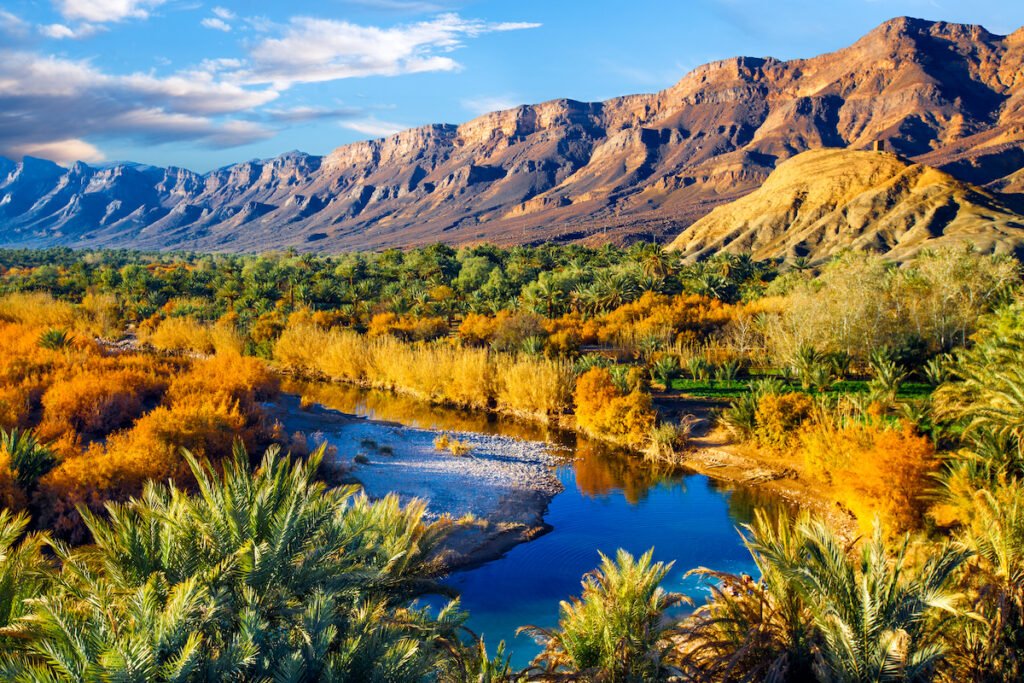 A world away from the cities of the north stand Morocco’s Southern Oases. These traditional tribal communities are handsomely located among reddish cliffs and golden sands that erupt in foliage fed by seasonal rivers and manmade channels. Their medjool date plantations remain the key to a life largely unchanged in decades. 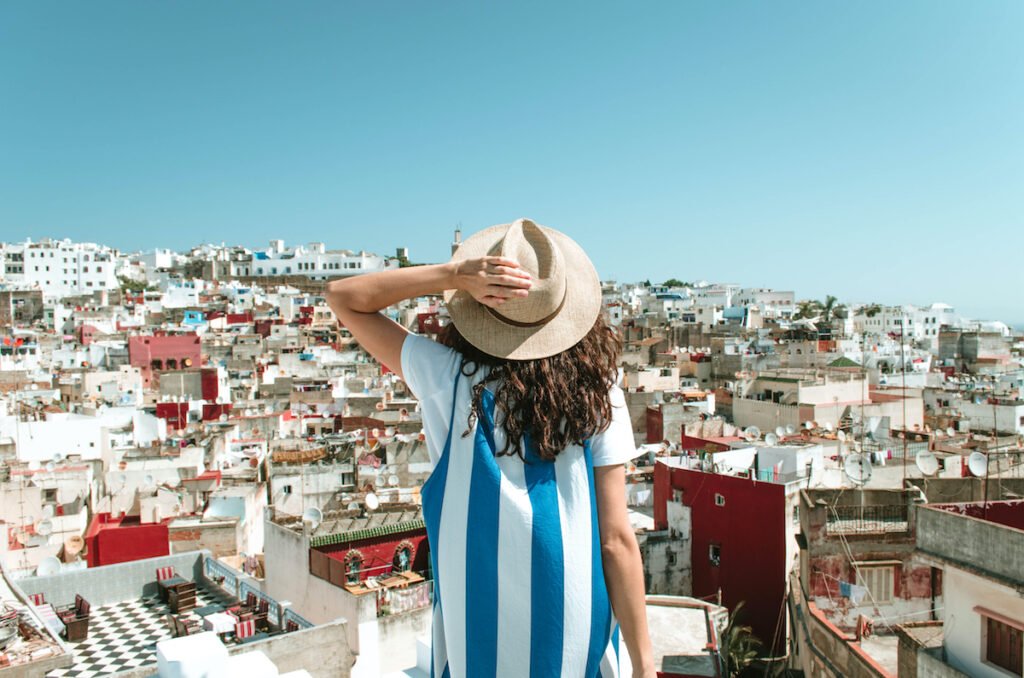 Once Morocco’s most disreputable city, Tangier has cleaned up its act big time. The gateway for many coming from Europe, its ancient streets are once again alive with the sound of art and industry. So why not linger awhile on the Mediterranean corniche and absorb the energy of Morocco’s most eclectic city?

A Tailor-Made Morocco Trip Experience Just For You

Where to Stay in Morocco

Best Locations to Stay in Morocco

Our Top Pick Hotels in Morocco

See all hotels in morocco (72)