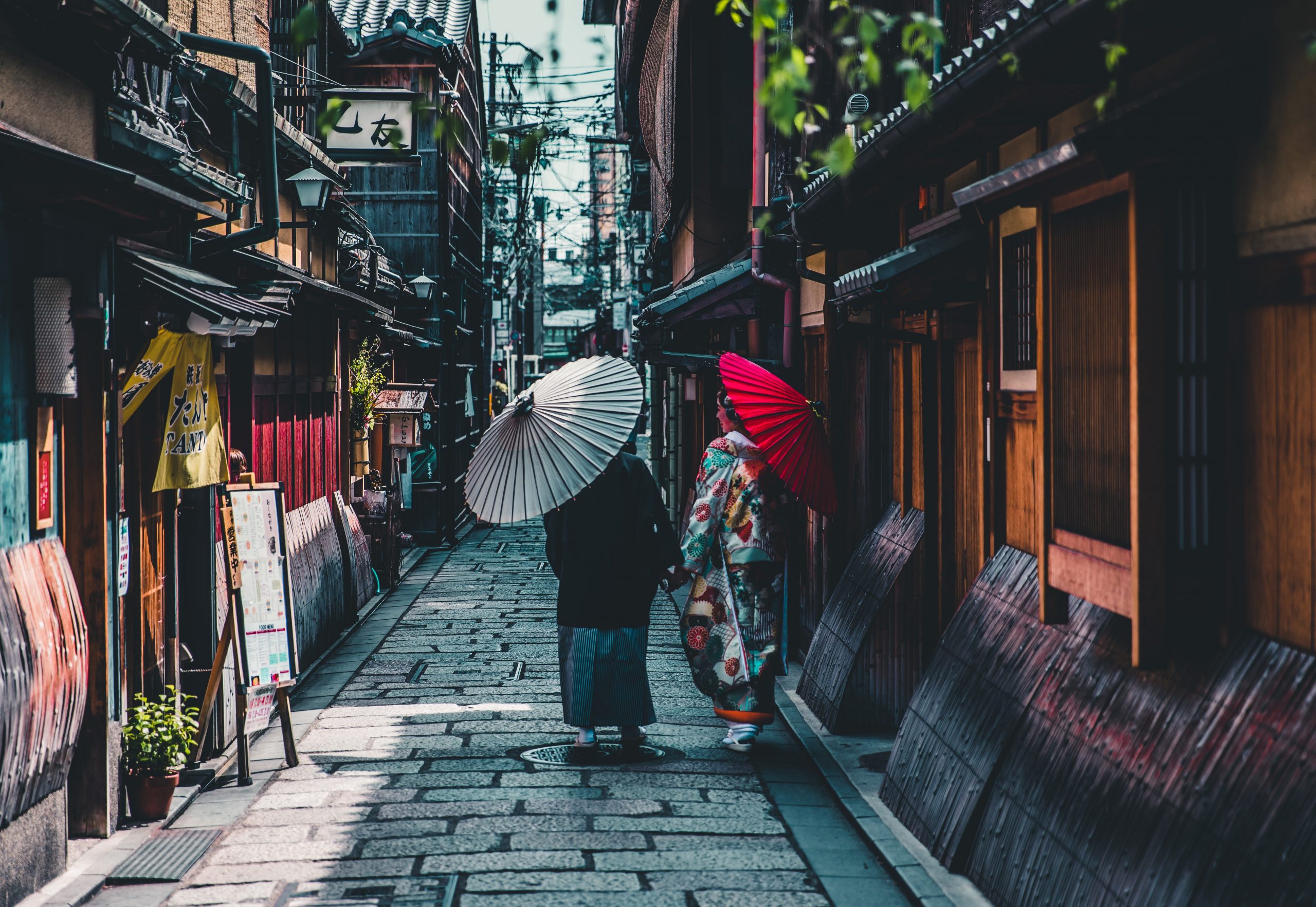 Kyoto, the ancient regal and and cultural mecca of Japan, is a world of restraint, a strong contrast to the bright lights of Tokyo, Osaka and many of the assumptions people make about Japanese cities. In Kyoto, traditional culture and pastimes reign in what was once the nation’s political capital, and now its rightful cultural capital.

The third most visited city in Japan, Kyoto welcomes millions of visitors every year who seek authentic Japanese culture. Kyoto is home to a bewildering number of temples and shrines, as well as some of the country’s most incredible natural landscapes.

Kyoto is located in the Kansai region of Japan, near the Osaka Prefecture. Based on the Chinese city of Chang’an (now Xi’an), Kyoto’s original grid layout still remains today. To truly explore all that Kyoto has to offer, you’ll need to venture outside the city limits. Part of the Yamashiro Basin, Kyoto is situated within the Tamba highlands with mountains surrounding much of the city, and Lake Biwa to the East.

What to do in Kyoto

Kyoto is buzzing with incredible travel experiences. Because of the plethora of things to do and see in Kyoto, it’s worth planning ahead, especially if you hope to beat the massive crowds. For in-depth insights into the city and its culture, we recommend joining an organized tour, for example, this one-day Kyoto tour or this half-day Kyoto tour, which allows for more time to explore the metropolis on your own.

Fans of Buddhist temples and Shinto shrines will love wandering this ancient city. Spend time in Higashiyama, one of the oldest and most preserved parts of the city. Walk along its historic streets, browsing in shops and buying local delicacies like Kiyomizu-yaki pottery, okashi (candy), pickled foods, and handicrafts. Visit the Ryoan-Ji Temple, a UNESCO World Heritage Site constructed in the 15th century. It houses a mausoleum of seven different Emperors from Japan’s history.

The most popular temples to visit are Kiyomizu-dera and Kinkaku-ji. The former is a Buddhist temple perched atop Mount Otowa on the Eastern edge of the city, while the latter is a golden-plated pavilion located within the Rokuon-ji Complex to the north. Though it’s nominally a shrine, Fushimi-inari Taisha is a truly unique one. An estimated 32,000 torii’s (traditional orange gates) line the gentle walk to the top of Inari mountain, making for an unforgettable hike. You might recognize it from the movie “Memoirs of a Geisha.”

If you’ve had your fill of man-made culture then head northwest on the train line where you will find the mystical Arashiyama bamboo forest. Thousands of bamboo trees reach up to the sky, creating a dizzying walkway for thousands of tourists at their feet. Come early if you want to avoid the crowds and allow for a few hours to explore the natural surroundings, quaint shopping streets, and picturesque Sagano Scenic Railway. Joining an organized Arashiyama Tour is ideal for those who wish to get closer to nature and visit this scenic part of Western Kyoto that is surrounded by mountains, lakes, and woodland.

These religious sites are where countless rituals and ceremonies have taken place in Japan for thousands of years, but there is another kind of tradition that is unique to Kyoto: the Geisha. Stroll around the entertainment district of Gion or the romantic Ponto-chō alley in the evening for the best chance to spot one of the country’s most famous (and most misunderstood) symbols. You can even join a “Spot a Geisha Tour“.

Those trying to see Kyoto within a day on a speeding Shinkansen from Tokyo will no doubt enjoy their day but will regret not giving the city more time. Kyoto and its thousands of years of history deserve much longer and the city moves at a slower pace than the rest of Japan, so allow for a few days at least. Consider basing yourself in Kyoto and exploring the Kansai region from here.