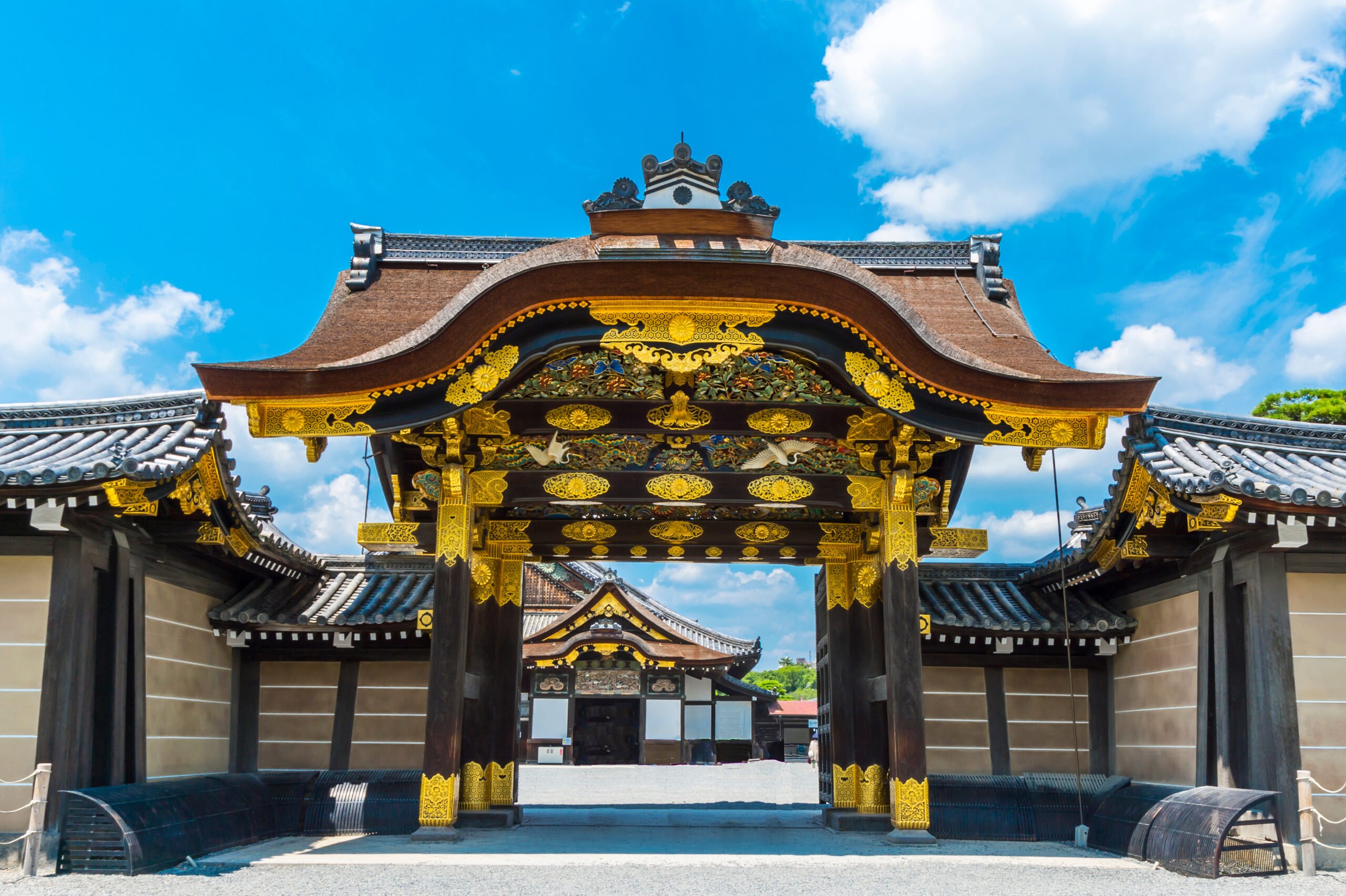 Kyoto is known for its traditional culture and way of life, which, of course, can be seen in the architecture. A relatively small city, Kyoto can be easily explored and offers an extensive collection of famous landmarks, traditional temples, shrines, and castles. There are some more modern structures situated throughout the city which create a powerful juxtaposition. Here are a few noteworthy buildings worth checking out to fully appreciate architecture in Kyoto. 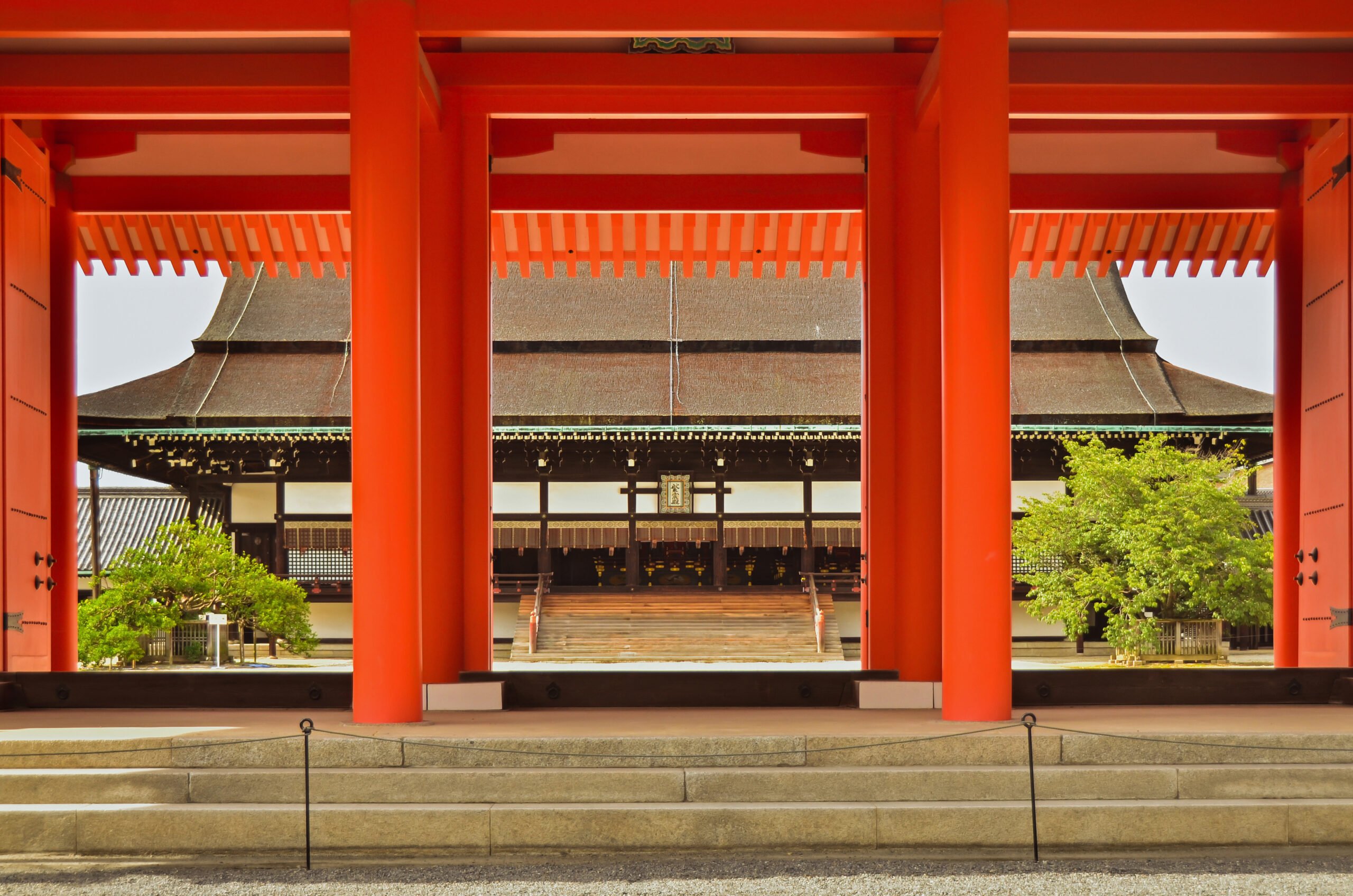 Whether visiting to admire the architecture or just the grandeur of the building the Kyoto Imperial Palace is a must-see for visitors to the city. The impressive compound houses several buildings, each showcasing the classical Japanese style in which they were built. The palace was once the home of the Royal Family as well as the Emperor of Japan and dates back to 794 when it was originally constructed, although the current palace is from 1855. Architecturally speaking, the Kyoto Imperial Palace takes notes and somewhat resembles the Heian Period Palaces as well as Chinese Tang Dynasty models. Each detail from the main gate to the surrounding gardens are aesthetically designed and showcase Kyoto architecture.
3 Kyotogyoen, Kamigyo Ward, Kyoto, 602-0881, Japan

An excellent example of Kyoto architecture, the Nijo Castle dates back to 1603, by the first Shogun of united Japan, the Tokugawa Shogunate, the castle was built to impress. The structure and layout of the building take notes from the Heian-era, more specifically mansions from that time, popular int he Muromachi period. Additionally, the castle showcases the style of the 17th-century Momoyama Period. Njio Castle is a UNESCO World Heritage Site, and preservation of time, offering a glimpse into the past. When visiting the Nijo Castle, while the castle itself it as an architectural wonder, the pond garden should not be missed.
541 Nijojocho, Nakagyo Ward, Kyoto, 604-8301, Japan

Opened in 1995, the Kyoto Concert Hall was built in commemoration of the 1200th anniversary of the foundation of Heian-kyō. A modern and sleek building, it was designed by Arata Isozaki and is intended to pay homage to a traditional Japanese garden in its shape and aesthetic. The modern building is the home of the esteemed Kyoto Symphony Orchestra. A collection of stone sculptures and bridges surround the structure, bringing to the life the concept of the garden. Both the inside and outside of the building are stunning designs and the Kyoto Concert Hall is situated adjacent to the Kyoto Botanical Garden at Kitayama Station, also worth paying a visit to when admiring Kyoto architecture.
1-26 Shimogamo Hangicho, Sakyo Ward, Kyoto, 606-0823, Japan

An impressive outdoor museum built in 1994, the Kyoto Museum of Fine Arts was created by Tadao Ando and is an architectural treasure in Kyoto. An open-air experience, the museum is both a garden and an exhibition of art installations both small and large scale. Amid the stark concrete construction, a waterfall creates a sense of calm and tranquility, pouring into a pond which is also a part of the building structure. The building itself is part of the art experience and a stunning look at Kyoto.
Shimogamo Hangicho, Sakyo Ward, Kyoto, 606-0823, Japan

A major part of transportation in Kyoto, the Kyoto Station Building is one of the biggest railway stations not only in Japan but in the world. The original station was burned down in 1952, and the newest structure, built in the nineties, is futuristic, striking and modern. A glass structure designed by Hiroshi Hara, was built, like Kyoto Concert Hall for the 1200th anniversary o the foundation of the Heian capital, Kyoto. Juxtaposed against the old temples, shrines and traditional buildings of Kyoto, the Kyoto Station Building is an exciting look at modern Kyoto architecture.
Japan, 600-8216 Kyoto, Shimogyo Ward

If you’re looking for more to see in Kyoto, check out the best contemporary galleries in Kyoto and the five most Instagrammable places in Kyoto