Deeply rooted in history, dating back to the Edo Period, Kabuki is a traditional Japanese dance-drama that is notable for its style both in performance and in the ornate decorations and makeup of the performers. Along with Bunraku and Noh, Kabuki is honored and categorized as one of the three classical theatre techniques and has been recognized by UNESCO as intangible cultural heritage. Stylized by detailed and decorated costumes, over-the-top wigs and embellished make-up, Kabuki is considered an art and requires a high level of production to achieve.

Dating back to the 17th century, Kabuki originated from Izumo no Okuni, a Miko (shrine maiden) who developed a unique style of dance. She started to dance in the dried out river beds of Kyoto experimenting with new techniques of singing, acting, and movement. Izumo no Okuni’s unusual dance-drama attracted the attention of bystanders and eventually led to a performance at the Imperial Court. 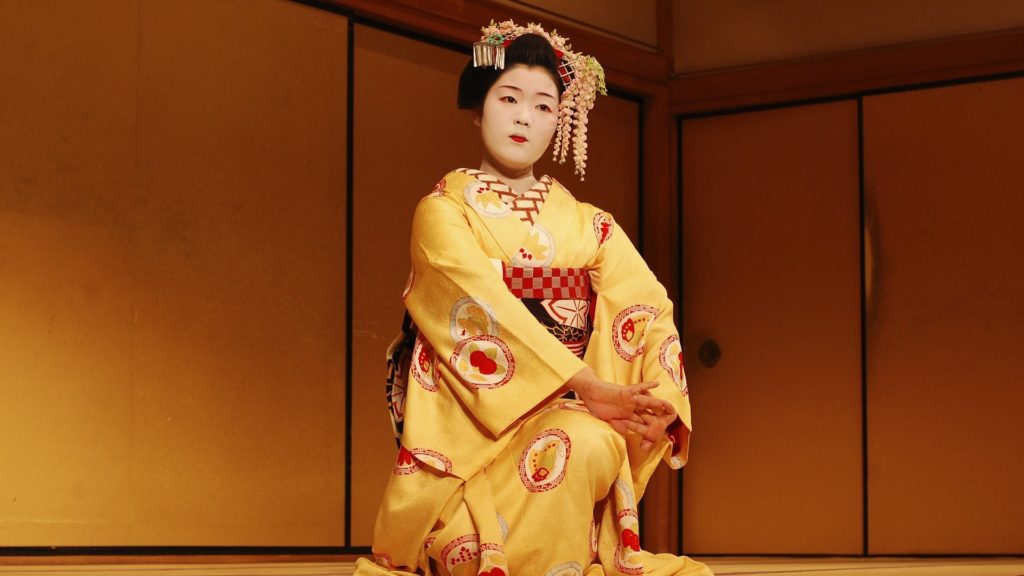 The Kabuki style quickly caught on and it wasn’t long until others followed this style, forming Kabuki dance troupes, performed exclusively by women. Due to the unusual movements and sexual suggestiveness of the movements, Kabuki quickly became a part of subculture appearing in the red-light district of Edo. Kabuki performances attracted an assorted audience of spectators and quickly became a trend for setting fashion and style based on the stage costumes. Each Kabuki performance showcased both new dance movement but also played a large impact on fashion and style trends.

Eventually, Kabuki was banned due to the sexual nature of the drama-dance. Beyond this, Kabuki became increasingly challenging to perform due to fires in the area that burned many theaters down, leaving no place to perform. Since there was a steady decline in Kabuki performances due to the lack of theater space, the Shogunate forbade the building of new theaters and pushed the drama-dance out of the area. The movement ended up in Asakusa until the Meiji Restoration period when Kabuki made a comeback to Edo.

During the time of the WWII Kabuki came under scrutiny again, and was banned until 1947 by the occupying forces. Kabuki had a resurgence and revitalization thanks to well-known actor Nakamura Senjaki who, along with director, Tetsuji Takechi brought Kabuki back into the light.

Today, Kabuki shows continue to take place in Tokyo and around the country in a variety of theatres. The shows are colorful, creative and dynamic. The stages often involve gimmicks and tricks to create illusions on stage and allow the actors more versatility in storytelling. Kabuki stages are known for having a hanamichi, a footbridge that brings the actors off the stage directly into the audience and also creates a sense of drama when actors enter or exit the stage.

The performances often follow love stories, incorporating historical elements and often include an element of tragedy or sadness. One of the highlights is admiring the costumes and make-up of the performers which honor the rich history of the past. 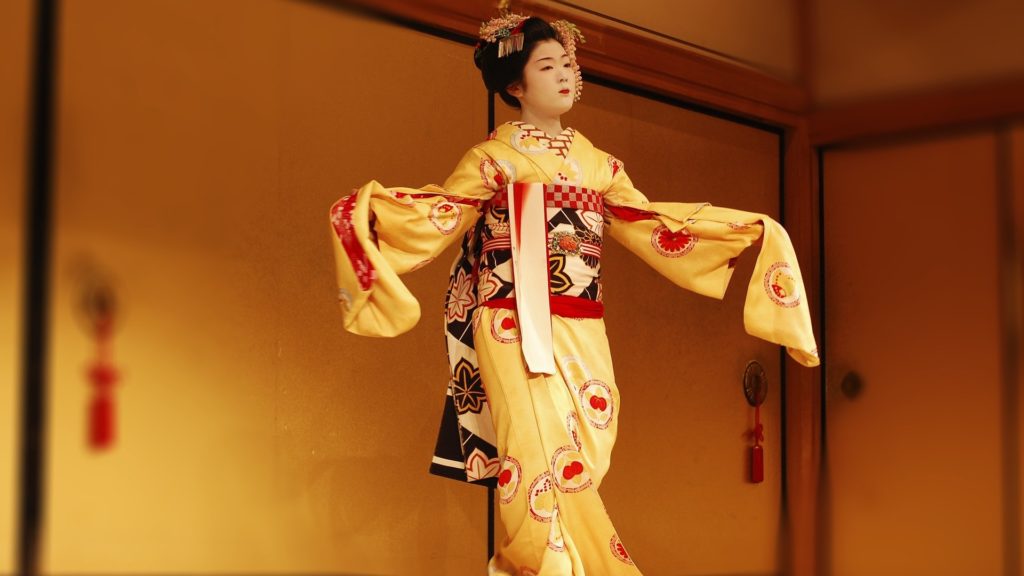 Where to see Kabuki in Tokyo

There are still a few Kabuki theatres in Tokyo that offer authentic performances of this unique drama-dance. Ticket prices range but if possible to see one of the shows, it is worth it!

Found in Ginza, the Kabukiza is the primary theatre for traditional Kabuki in Tokyo. One of the most popular places to see a Kabuki show.
4 -12-15 Ginza, Chūō, Tokyo 104-0061, Japan

The National Theater of Japan known for preservation of culture and arts in Japan and a traditional Kabuki theatre.
4-1 Hayabusacho, Chiyoda, Tokyo 102-8656, Japan

How to see a Kabuki Show in Tokyo

Always check in advance for tickets directly with the theater. The Kabukiza Theater offers an English schedule of shows. Tickets can be purchased online in advance, or on the day of the show.

In general, there is usually a matinee performance and an evening one. While the length of the show can vary, they tend to be quite lengthy and the entire experience can be about 4 hours. There are intermissions between the acts. Alternatively, it is possible to purchase a one-act ticket to only see one act of the performance. Single-act tickets cannot be purchased in advance, and can only be purchased on the day of the show.

Upon arrival at the theater, it is marked (and there is usually a line of people waiting) to purchase one-act tickets for the show.
It is recommended to show up early, as the entrance to the theater opens about 20 minutes before the show. For those looking to enjoy a more casual experience of Kabuki compared to the formal and full show, a single-act ticket is the best way to do so.

When viewing a Kabuki performance, it is forbidden to film or record the show. The actors do not amplify their voices with microphones so it is important to be as quiet as possible, turning off all phones and refraining from speaking during the show.

Watching a traditional and authentic Kabuki show is a great way to experience and understand Japanese culture. Beyond this, it is an impressive work of art, with detailed craftsmanship seen in the costumes, wigs, makeup and of course, the performances.