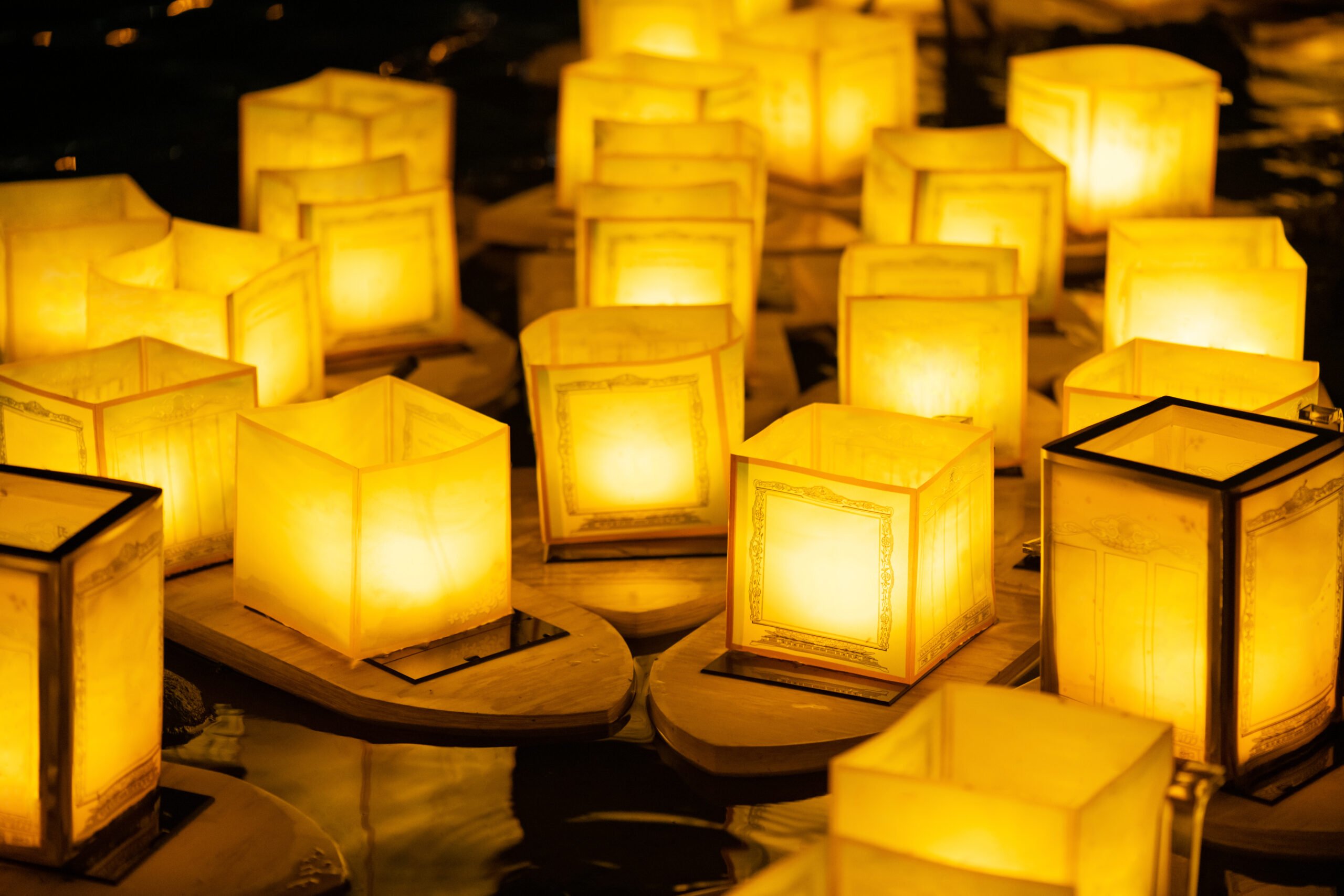 The first ceremony of its kind took place in Japan in 1946 and the tradition continues to live on today. Oftentimes, the Japanese Toro Nagashi festival will coincide with Obon, a Buddhist Festival honoring departed family members, and usually lasts for three days. Although thinking of ancestors who have passed away, Toro Nagashi is a joyous occasion and a time for celebration, rather than mourning lost loved ones.

Traditionally, during Obon, family members will visit and tend to the gravesites of loved ones who have passed. This is a ceremonial process of cleaning and during this process, it is believed that family members who have passed, visit their grave sites to visit those who are still in the physical world. This is a very spiritual and connective process, and again, is not focussed on mourning, rather on celebrating the return of ancestors spirits and visitations from the afterlife.

The concept of letting go of the paper lanterns lit with candles and allowing them to float onto the water symbolizes the manner in which spirits carry on in the afterlife and are remembered. To pay respect and show honor, Togo Nagashi festivals also take place in memory of tragic events that have occurred in the country. In honor and memory of lives lost in the bombing of Hiroshima and Nagasaki and World War II, lanterns are lit and sent down the river to remember those who are lost. According to Japanese tradition, there is a connection between human bodies and water, it is believed that the lanterns embody the lives of those who have passed, and returning them to water, allows for the bodies to return to their natural state.

How to celebrate Toro Nagashi in Japan

If you are visiting Japan in the summer months, be sure to visit the Sumida River that flows through Tokyo, the place where the Togo Nagashi will take place. A symbol of beauty and calmness experienced in the summer, lanterns are released either from Sumida Park Sinshui Terrace which is located near the Azuma-Bashi Bridge. Lanterns can be purchased if you want to partake in releasing a lantern onto the water.