From izakayas and microbreweries to convenience stores, Japanese beer in Japan is readily available and one of the most popular drinks across the country. There is a wide selection of Japanese beer that can be found, and with so many choices it can be overwhelming to pick. The four most common Japanese beers include Kirin, Sapporo, Suntory, and Asahi although there are many more to choose from. Here is everything to know about drinking beer in Japan to help choose the best beverage. Cheers!

History of Beer in Japan

Dating back to the Edo Period, the first beer appeared in Japan thanks to Dutch traders who brewed beer in Nagasaki. It wasn’t until 1869 when a Japanese brewery opened in Yokohama and began brewing Kirin beer by 1888. Around the same time in 1876, the Sapporo Brewery opened in Hokkaido. It wasn’t long after that the Osaka Beer Brewing Company and Asahi beer opened in 1889 and 1892, respectively. The introduction of Japanese beer sparked great interest, as beer quickly became the most popular drink in the country, surpasses Sake as the most popular alcoholic beverage. 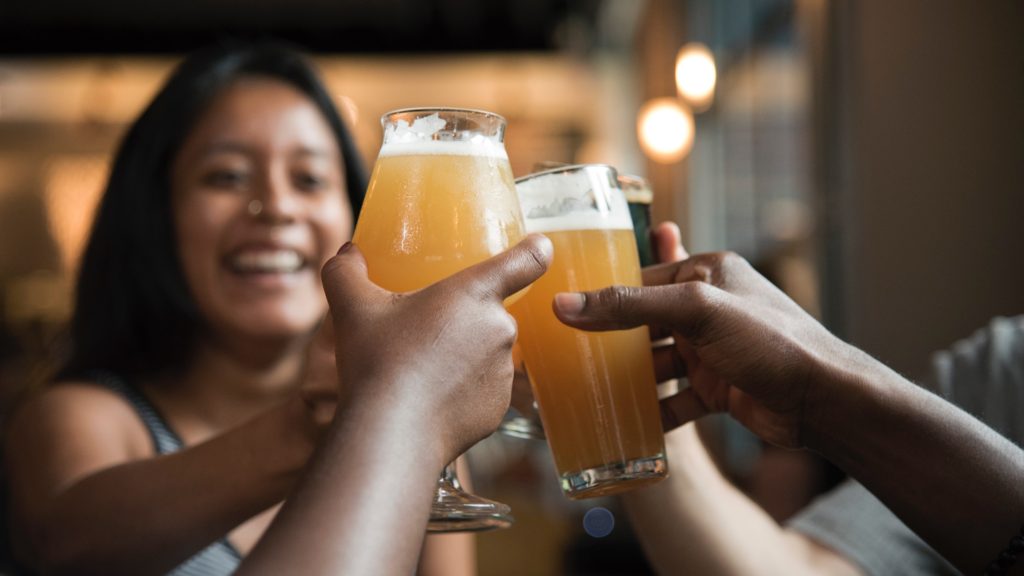 Beer in Japan can mostly be categorized into three areas, Malt Beer, Liqueur, and Happoshu. Malt Beer refers to any kind of beer with the average malt content. Happoshu beer is a low-malt beer content, usually less than 50%. Liqueur refers to drinks like beer that are carbonated but have little to no malt in them.

Introduction of Craft Beer in Japan

Like many other places in the world, craft beer has become very popular. Craft beer refers to locally made, smaller-batch beer that often focuses on quality and unique ingredients. Craft beer can be found all over Japan with microbreweries all over the country in Tokyo and Osaka, also in small towns near Onsens and more continued to appear in the mid-nineties when the government loosened the taxes, making it possible for smaller breweries to produce and sell beer.

Beer can be purchased in convenience stores and vending machines, most often in cans. Bottled beer is also available along with draft beer served on tap. Enjoying a beer in a bar, izakaya or club most often means either bottled beer or tap.
When ordering beer from a restaurant or Izakaya it is most often served in two sizes, a medium jug or a smaller glass, or in the bottle.

Of the major beer producers: Kirin, Sapporo, Suntory, and Asahi there are many varieties to choose from ranging from light lagers to dark malty brews. It can be fun to try a few types of beer to find which flavor is most appealing. Check out some of the best bars in Tokyo, best bars in Osaka and best bars in Kyoto for where to enjoy a cold, pint of Japanese Beer.

The major beer producers all have museums to showcase their history and technique, which can be a fun way to learn about the beer while also tasting.

Sapporo Beer Museum
Showcasing both the process of beer making and the vast history, the Sapporo Beer Museum in Hikkaido is a great place to learn about both.
9-1-1 Kita 7-Jo Higashi, Higashi-ku, Sapporo 065-0007, Hokkaido

If beer isn’t your drink of choice, read about Japanese Whiskey or Japanese Sake.