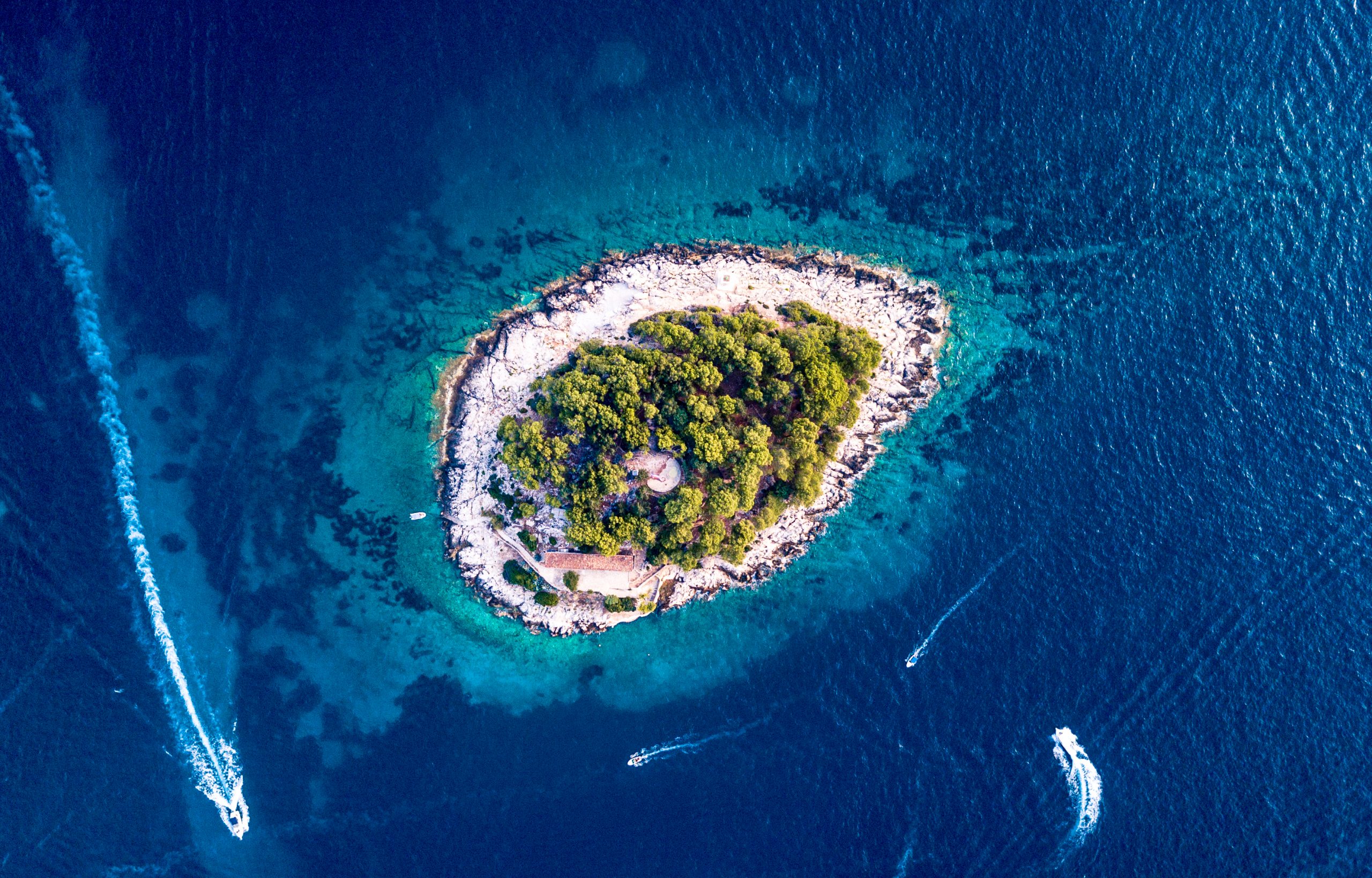 How to Visit Hvar Island, Croatia

Out of more than 1,000 islands, one stands out as Croatia’s most popular – and it’s not hard to see why! Hvar Island boasts stunning sea views and a luxurious atmosphere that is second to none. Along the coast, you’ll find tucked-away coves, swanky hotels, and elegant restaurants. Then, head inland to discover a countryside filled with lavender fields and vineyards. But how exactly can you get to this dreamy getaway? Whether you’re coming from Split, Dubrovnik, or another charming isle – here are the best options for how to visit Hvar Island! Once you’re there, check out our Hvar Island Guide for some inspiration!

How to Visit Hvar Island from Split

The easiest way to get to Hvar is by catamaran from the port of Split. Here, you’ll find plenty of catamaran services running year-round through various sea routes. So, if you want to stop in another picturesque island before reaching your final destination, its possible.

Jadrolinija is Croatia’s largest liner shipping company, offering the most sailing options to Hvar rom Split. They operate a daily route to Hvar Island year-round, adding additional services during peak travel season (June-September). The journey will take a little over one hour to reach Hvar, and continues on with stops at Vela Luka (Korcula Island) and Ubli (Lastovo Island). If you’ve been cruising around Croatia at your own pace, there are also options to bring your car along for the ride!

Alternatively, you can book your sailing journey with Kapetan Luka. This catamaran company runs daily routes between Split and Hvar throughout the day. They operates an additional line in the summer months from Split to Milna (Brac), Hvar Town, Korcula Town, Mljet and Dubrovnik.

If Hvar Island is the first stop on your Croatian adventure, fly into Split Airport directly or via Zagreb. From there, SplitExpress operates a catamaran directly from the airport to the port of Stari Grad (Hvar Island). This route, which operates daily between June 1st and September 15th, takes just under 2 hours, stopping at Bol (Brac Island) along the way.

How to Visit Hvar Island from Dubrovnik

Split isn’t the only port in mainland Croatia that runs boat services to Hvar Island! If you’ve landed in Dubrovnik or have just finished exploring this charming destination, you don’t have to go far to board a boat to Hvar Island. In the summer months, both Jadrolinija and Kapetan Luka operate lines that pass through Dubrovnik on the way to Croatia’s most popular islands, including Hvar. The journey will take you anywhere between 1.5-3.5 hours, depending on how many stops are made along the way. Alternatively, you can take the two-hour drive up to Drvenik where you’ll find several services running ferries between the port and Hvar Island in around 30 minutes.

How to Get to Hvar from Other Croatian Islands

Croatia is one of the world’s go-to destinations for island hopping. And you don’t need a private yacht to join the fun! You can explore the different islands using the country’s exceptional ferry services. In the summer months, both Jadrolinija and Kapetan Luka run several services that operate between Brac, Vis and Hvar Island – allowing you to travel along the balmy waters of the Adriatic Sea hopping from one dreamy isle to the next!