How to Use the Tokyo Metro

The Tokyo Metro might at seem overwhelming just like much of Tokyo, the largest city in the world. The Tokyo Metro is the easiest and fastest way to explore Tokyo is via the metro system. The Tokyo Metro connects visitors to the famous tourist attractions including Tokyo Tower and Tsukiji Market – newly opened as Toyosu Market. Now, at first glance the metro map may look chaotic and complicated but with a little know-how about how to use the Tokyo Metro, you’ll be zipping from place to place in no time.

There are two subway systems in Tokyo; the Tokyo Metro and the Toei Subway. The most important details to remember when using either network are the station name, number and line colour. Tokyo’s stations are clearly signified by overhead signs which direct commuters to the different lines.

Below are the subway lines with their specific colour codes. 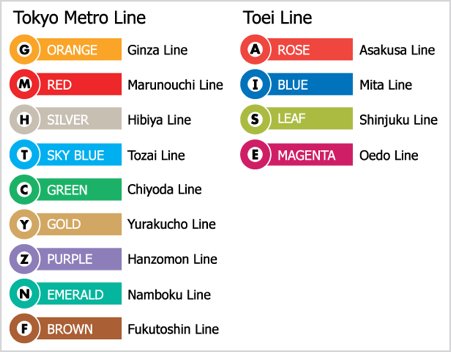 Tokyo ticket machines are easy to use and have translations in many languages including English. Ticket machines are located at every metro station. Rather than buying a ticket to a specific destination, tickets are purchased on the basis of the fare of the journey. Besides the ticket machine will be a fare chart detailing how much it will cost to reach your destination. Once you have found the correct fare, select it on the screen.

Like all subway systems, Tokyo metro trains offer limited seating. Trains are busy and most commuters will have to stand. There is priority seating for the elderly, disabled, very young children and pregnant mothers. These seats are identified by a priority sticker which is also written in English. Expectant mothers can get a special key chain from station staff to signify that they are pregnant. Passengers with this chain should be offered the priority seats.

Manners are very important in Japan and tourists are expected to respect them whilst on public transport.

Mobile phones should be kept on silent and should not be used whilst on the train, particularly during peak times.

Food and drink should not be consumed on any public transport as it is seen as rude. 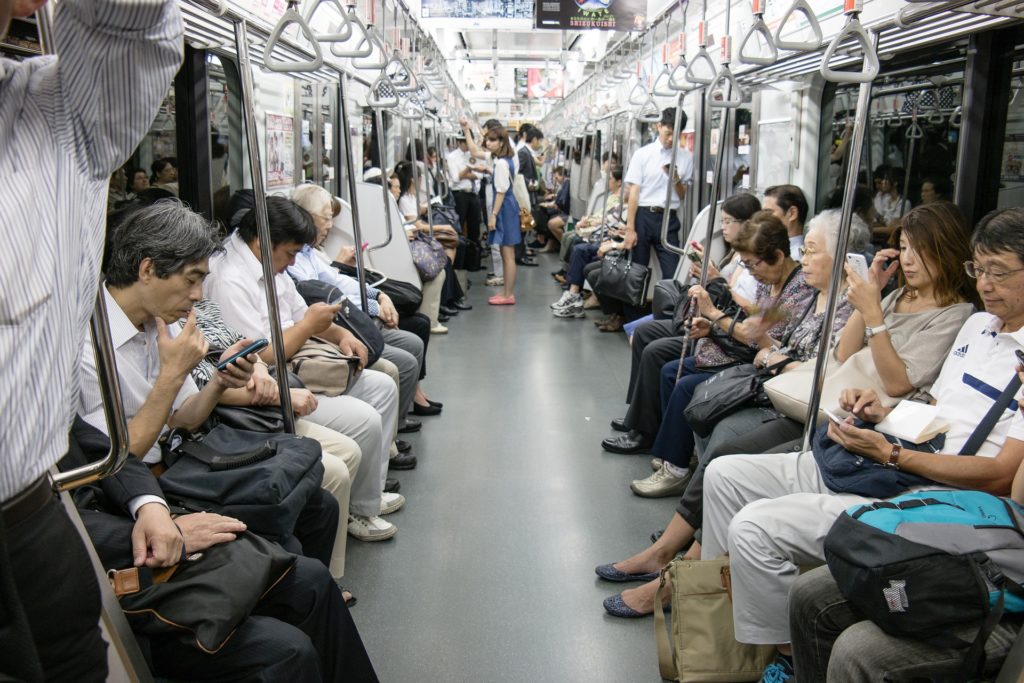 During peak times, there are specific cars where women can choose to ride. These cars are for women only and are clearly identified by a sign that is written in both Japanese and English. These cars are active before 9.30 in the morning for daily commuters.

WiFi in the Tokyo metro

If you need to access the internet whilst underground, all Tokyo metro stations have free WiFi. This is particularly useful if you need to find out where to go.

Visitors will find a Tokyo Metro Guide which is available at all metro stations. This guide includes discounts on tickets, a useful subway map and further information about how to use the Tokyo Metro.