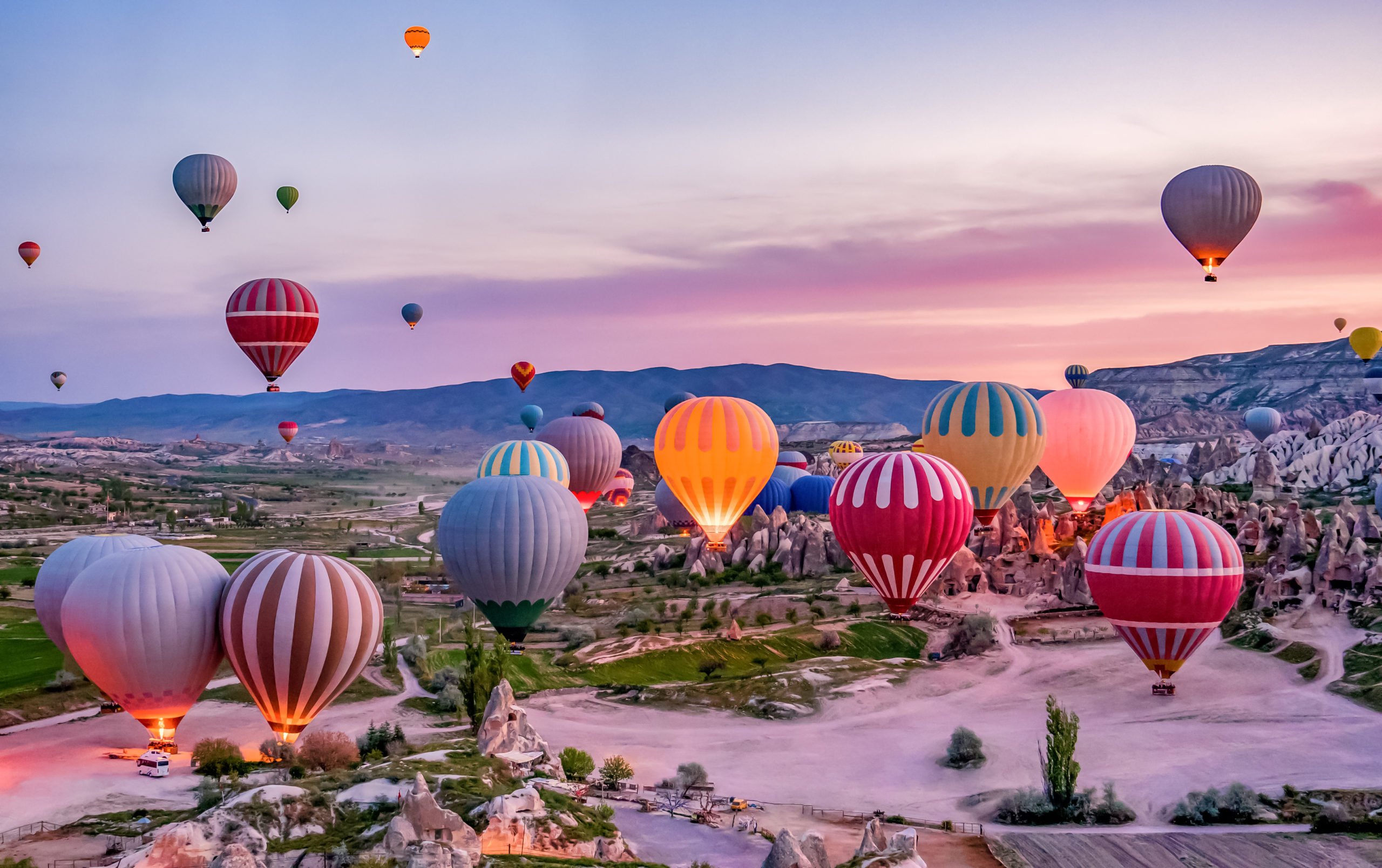 How to get From Istanbul To Cappadocia

Our guide below shows you how to get from bustling Istanbul to the peaceful and rugged land of Cappadocia. Cappadocia is an  Anatolian region in central Turkey, full of rolling hills and dramatic valleys. Cappadocia is located about a three hour drive south-east of Ankara. The region covers 40 square kilometers and stretches between five cities. Cappadocia is well known for its volcanic landscapes and dramatic natural rock formations,  which lie within the Goreme National Park, as well as the numerous outdoor activities, from riding Anatol ponies to hot air balloon tours. There are also a number of underground cities to tour.

Why Visit Cappadocia from Istanbul

The surreal volcanic landscape of the Cappadocia region was created ten million years ago.  Over the centuries, the landscape been weathered by the wind and rain, resulting in a surreal and stunning landscape that almost seems like a scene from a children’s story or a fairy-tale. The soft rock surrounding this area allowed ancient natives to carve into the mountains themselves, leaving behind a number of stunning cave dwellings, castles, chapels, and even entire underground cities. In 1985, Cappadocia was officially designated a UNESCO World Heritage Site.

How to Get to Cappadocia

Cappadocia lies 730km (454 miles) from Istanbul. There is a cheap overnight bus service but this takes 11-12 hours, and can be very tiring. There is the possibility to take a bus, hop on a train, and then take another bus, but this does not save too much time and is not very relaxing. The drive from Istanbul to Cappadocia takes about nine hours, and is a great option for those looking to discover the country more deeply. Rentals can be picked up at the airport or throughout the city from companies such as Hertz, Enterprise, and Europcar for approximately $45 USD per day.

Most people find that an internal fight is the  most convenient way to make the journey and it is surprisingly reasonably priced. Most of the flights go from Sabiha Gokcen airport – which is the closest to Istanbul. The easiest way to reach this airport is tyo jump on the Havabus from Taksim Square. The bus journey takes about 90 minutes.

The flights are operated by Turkish and Pegasus Airlines. There are several flights each day and most begin in Izmir and fly via Istanbul to Cappadocia. The main airport they fly to is Kayseri Erkilet Airport with its new modern terminal. This airport is situated 75 km from Goreme. There are also flights available to Cappadocia’s other airport, Nevşehir. There is no difference between either airport because at about 15 kilometers, they are both similar distances from Cappadocia.