How much does rail travel in Japan cost?

Travelling in Japan entails deciding amongst a bewildering number of choices and first-time visitors are always anxious to know just how much all this travel is going to cost. The short answer is: it varies – a lot. Rail travel in Japan offers everything from budget prices to VIP treatment, but at least there are plenty of options.

Follow this simple guide to understand how much rail travel in Japan costs and how much to spend in getting between some of Japan’s most famous sites and cities.

As a one-way ticket to Kyoto will set you back at least 10,100 Yen (ca. 101 USD), the JR Pass is worth considering for anyone on a longer trip. Order online and have it delivered to your home address or a hotel in Japan. Simply exchange this letter for your official tickets at any JR ticket counter and climb aboard. This allows for some spectacular savings, particularly for those with children; kids 6-11 years old are viable for a 50% discount.

The JR Central Pass is similar to the JR Pass (29,110 Yen, ca. 291 USD) but covers a more limited area. This seven-day ticket allows unlimited access on JR trains (including the Shinkansen) between Tokyo and Osaka, via the Hokuriku region to the north. You can reach Kyoto as well as popular locations such as Nagano, Kanazawa and Osaka for just 24,000 Yen (240 USD).

Another option is to use the Japanican website to get a special discount return ticket back to Tokyo. The two journeys must be completed within seven days and will cost 21,600 Yen (ca. 216 USD) but this also includes an additional one-day sightseeing pass around Kyoto.

Shinkansen trains are obviously an incredible way of travelling but are by no means the only trains possible in the ‘Land of the Rising Sun’. Within Tokyo and Kyoto are a staggering number of local train lines which criss-cross around, between and extend far beyond the city limits.

You can expect to pay a minimum of 160 Yen (ca. 1,60 USD) for a few stops on a single line, but prices go up the more transfers you make. There are plenty of pre-paid railcards such as the ‘Suica’ card that can be purchased in every station in the country and are a good option as they save endless time spent confused at the ticket machine.

Local trains can also be used to travel intra-city. Use www.hyperdia.com and de-select everything but ‘local trains’ to find a possible route between two cities. However, it is usually a tough journey; Tokyo to Kyoto takes around 8 hours one-way, involving a lot of changes and it won’t cost much less than the Shinkansen after all that. 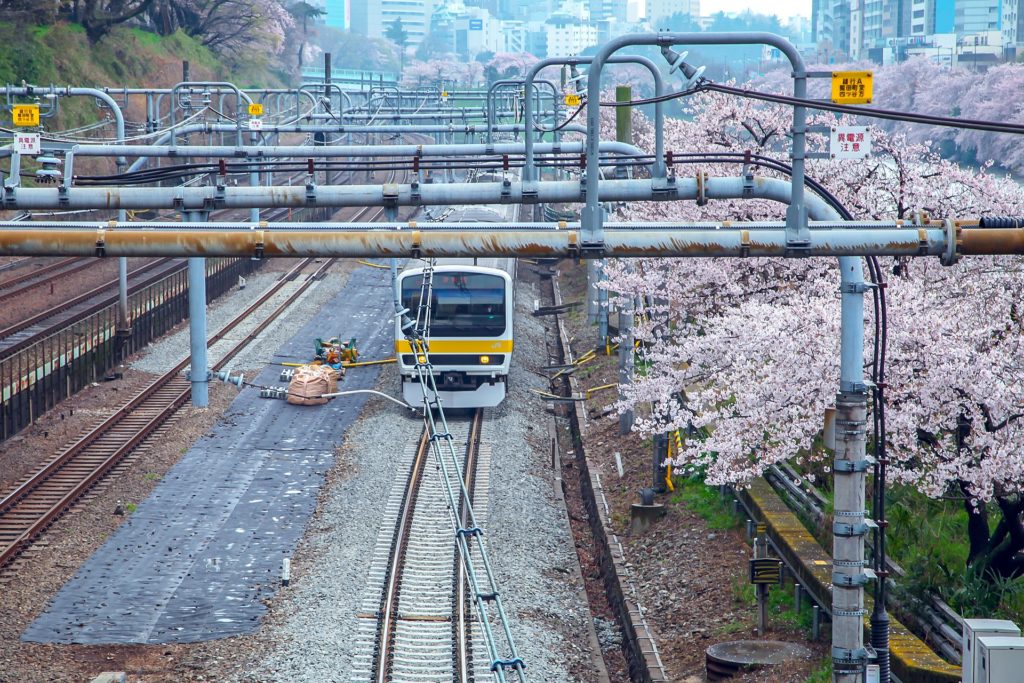 The cheapest way of travelling via local trains is to obtain a ‘Seishun 18 Kippu’ which is sold by JR and available periodically throughout the year (March 1st – April 10th, July 20th – September 10th and December 10th – January 10th). This 11,850 Yen (ca. 118 USD) ticket allows for 5 non-consecutive days of travel along any JR lines, meaning one day’s unlimited travel can be achieved for 2,370 Yen (ca. 237 USD).

For anyone travelling around Japan for an extended period of time and looking to save money, the best choice is to use the extensive bus network available through Willer Express. They offer various packages but the best-value options are a three day pass for 10,000 Yen (ca. 100 USD) or a seven day for 15,000 (ca. 150 USD).

How much does rail travel in Japan cost?

In comparison to a lot of countries, the average prices of rail travel in Japan are relatively cheap. It’s important to remember that even in the metropolises of Osaka and Tokyo, it’s very easy to walk between nearby stations by just following the tracks through the city.

This is especially worth remembering during rush hours as though they’re not nearly as bad as their reputation, busy trains here are really a level above anywhere else. Nevertheless, the commuter rush is something worth experiencing, perhaps only once though.