Millions of people around the world know the name Hiroshima, but not very many have had the pleasure of visiting the city itself. While not wanting to forget the terrible atrocity that took place in this area during World War Two, there is a lot more to the city than war and death.

The Peace Memorial Park is more popular than ever, attracting record visitors and as a result, thousands of tourists are discovering more of Hiroshima than ever before.

The history of Hiroshima is one of two very large defeats. The city was basically founded when daimyō Mōri Terumoto built Hiroshima castle in the area in the 1590s. The Terumotos were on the losing side of the fabled Battle of Sekigahara, which led to Tokugawa Ieyasu forming his imperious Shogunate, but the castle still stood.

That is, until the events of August 6th 1945. The castle, along with most of the city and thousands of lives, was lost when the world’s first Atomic bomb was dropped. It’s impossible to discuss the city, or visit it, without acknowledging the horrific event that has shaped the years since. 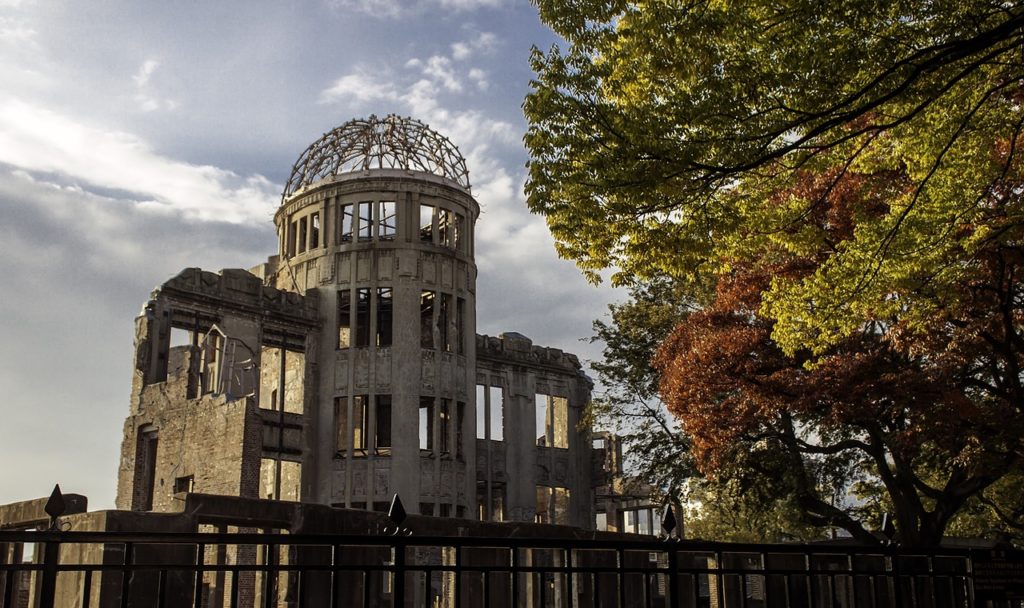 Hiroshima is home to the Peace Memorial Park and Museum, a poignant reminder and fascinating insight into the lives of those who perished on August 6th and the days that followed. The Hiroshima Prefectural Industrial Promotion Hall was directly beneath the point of explosion and thus, somehow, survived the blast.

Today, it is known as the Genbaku (A-Bomb) Dome and though it is unmissable when visiting Hiroshima, there is much else besides it.

What to do in Hiroshima

You can’t visit the city of Hiroshima without going to the Peace Memorial Park, and it is very much worth a visit. However, a much less sombre day-trip is the world famous Miyajima island. Officially called Itsukushima, the unofficial ‘Gateway to Japan’ is a highlight for many tourists. Just west of the main city centre, a ferry from the mainland awaits to transfer you across to this spectacular locale.

Hike up Mt Misen for a stunning panorama of Hiroshima and its surrounding islands, wander around the pristine Toyokuni Shrine or take a boat trip through the great ‘floating Torii’ that is said to be the barrier between the spirit and human worlds.

While not very large, Hiroshima city centre contains a recreation of the castle that was destroyed and now houses a history museum. Those with enough spare time should try and catch a Hiroshima Carps game at the MAZDA Stadium where you’ll see some of the most passionate baseball fans in the country. Celebrate a win, or commiserate a defeat in Hiroshima’s prime entertainment district, Nagarekawa. 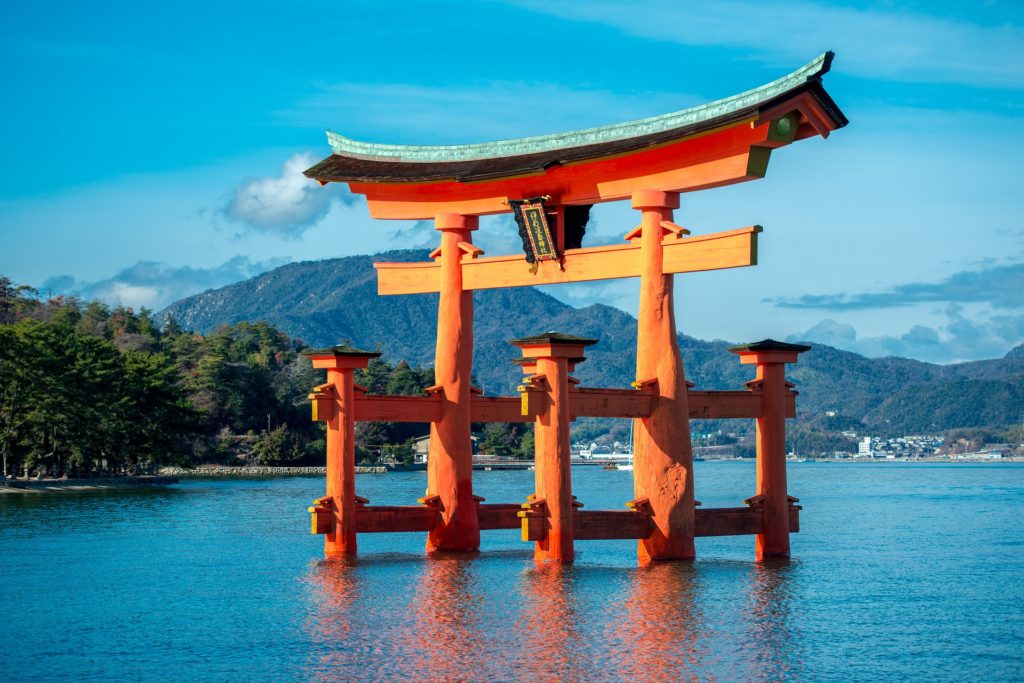 Hiroshima’s Chūgoku region may translate as ‘middle region’ in English but it is far from the centre of Japan. Located almost as far South-West of the Honshu island as one can go, Hiroshima would have been very difficult for ships to navigate to, possibly explaining its slow growth.

With the large islands of Shikoku and Fukuoka and the smaller ones of Kurahashi and Yashiro acting as natural barriers, one would have to successfully weave through dozens of even more islands before reaching Hiroshima Bay. These days, however, it is a much easier feat as Hiroshima can be reached by plane, train or boat.

How MUCH TIME to spend in Hiroshima

A full-day is really required to make the most of the delights of Miyajima and to ensure you see the floating ‘Torii’ at both high-tide and low-tide. The other attractions within the city centre are probably deserving of another day or so but tourists staying beyond that may not find so much to do within the city itself.

However, the Sandan-kyo gorge is a beautiful day-trip, just over one hour away, while the many islands spotted around Hiroshima Bay offer plenty more sight-seeing opportunities.