Traditionally, Hanamatsuri Festival, Buddha’s Birthday is celebrated across East Asia in a variety of different ways. It generally falls in the spring, but depending on where it is celebrated, it can be in April, May or June. It is believed that this particular date coincides with the birth of Siddhartha Gautama, a once Indian prince who would later become the Buddha. In countries like India and Nepal, this festivity takes place in May. Japan celebrates this holidays in April, as the country was switched to a Gregorian calendar in the 19th century, and this is the reason Japan celebrates the holiday much earlier than other East Asian countries.

In Japan, Buddha’s Birthday is referred to as Hanamatsuri which also means flower festival. This festival occurs on April 8th, and only Japan celebrates on this particular date.

To commemorate the celebrations, many Buddhist temples in Japan are decorated with flowers and the location of many HanaMatsuri festivities. One particular festive gesture is the pouring of a tea-like beverage known as ama-cha, over the Buddha statues. Some people will also drink and ingest ama-cha, which is made from hydrangea leaves. 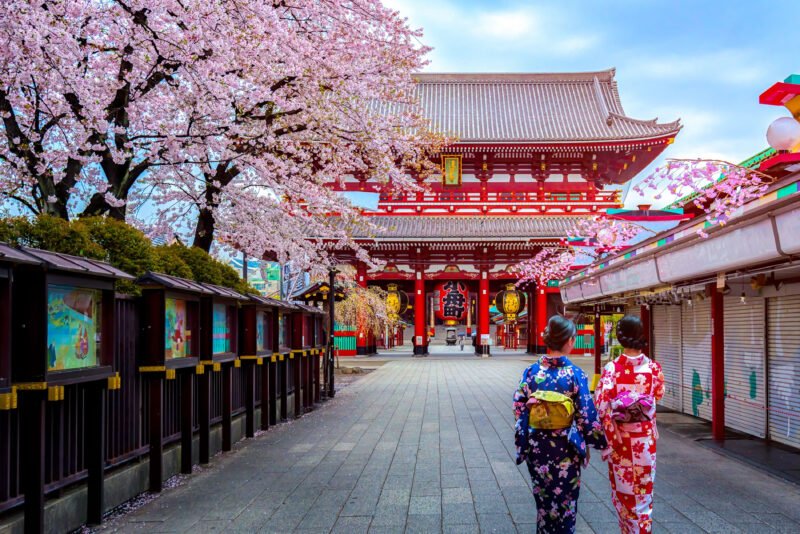 Given the time of year of the Hanamatsuri festival, it is also considered a celebration of spring. As springtime in Japan correlates to the cherry blossom forecast, oftentimes sakura trees and flowers are incorporated into decorations and celebrations.

How to celebrate Hanamatsuri festival in Japan

To celebrate this traditional holiday, many parades, parties, public gatherings, and child-centric events occur all throughout the country. As this holiday is deeply connected to Japanese culture, oftentimes celebrations will pay homage to the past and in turn, include a variety of costumes, music, dance, and plays, all connecting to the past and bringing the dynamic history to life.

Various Buddhist Temples will hold events and festivities, in particular, one of the most popular is at Senso-ji Temple, in Asakusa. Although it is a joyous event and time for celebration, in contrast to other festivals and ceremonies in Japan, Hana Matsuri tends to be ones of the quieter ceremonies. Although there may be crowds, they are much smaller compared to other festivals. If you happen to be in Japan during the Hana Matsuri Festival, be sure to visit Asakusa and stop at the Senso-ji temple to admire the flower displays and the people celebrating this traditional holiday.