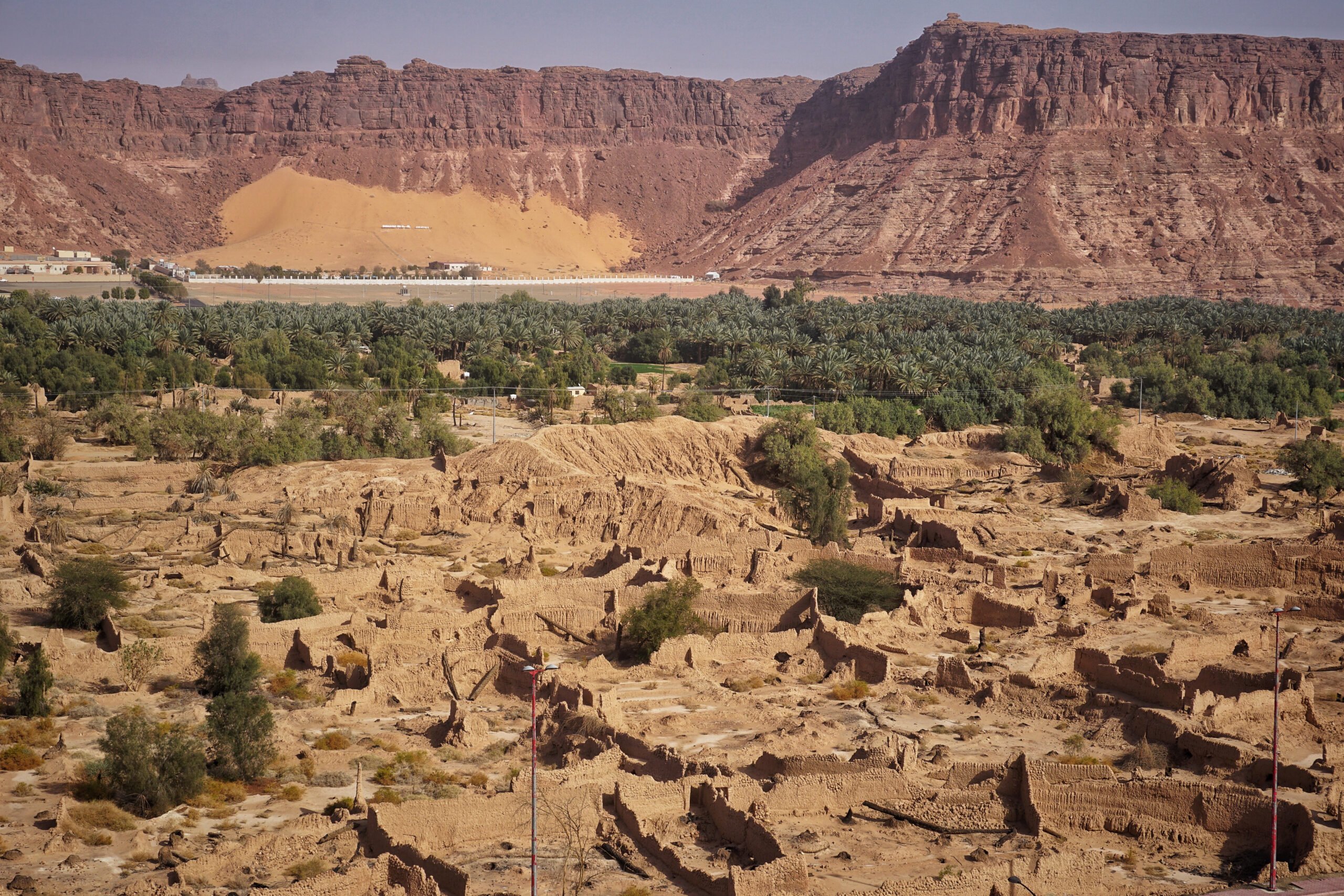 Guide to Visiting Madain Saleh and the Al Ula Valley

But it is also a region of great natural beauty. Who could resist the sweeping landscapes of Ekma Gorge and Jibal al Rukkab? Or the chance to watch elegant ibex escape the clutches of its desert predators at Al Tubaiq Nature Reserve? Once barely known by the outside world, today Al Ula is increasingly easy to explore. Whether your starting point is Jordan, Israel, or Saudi Arabia, we cover everything in our guide to visiting Madain Saleh and the Al Ula Valley. We also offer advice on how to get to Madain Saleh and the Al Ula Valley, and what to wear in Saudi Arabia.

Located in the north-west quarter of Saudi Arabia, Al Ula easy to reach from Jordan. From the Al Mudawara border post, it’s a drive of around four hours to Al Ula. This is the gateway point for Madain Saleh. The fastest and most direct path takes the quiet desert roads of Route 15 almost directly south to Tabuk. You then continue on along Route 80 for the rest of the journey.

The star of any trip to Al Ula is undoubtedly Madain Saleh. Organized tours to the site combine prearranged transport with the expertise of knowledgeable guides. We offer a 3 day tour, or if you’re visiting Israel first, a 13 day highlights of Jordan, Israel, and Saudi Arabia tour to see all of the Middle East. It’s a breathtaking series of two millennia old rock-hewn tombs carved directly into the sides of natural bedrock hills.

Madain Saleh is a treasure-trove that brings the region’s history to life. Often described as Saudi Arabia’s Petra, this is very close to the truth. The same Nabatean civilization is responsible for both, though Petra’s crowds far exceed those of Madain Saleh. Visiting the most important of the site’s 131 tombs, no tour concludes without the Al-Farid Tomb, or ‘Lonely Castle’. This marvel is cut in splendid isolation from a separate rock monolith and the poster-child for all Madain Saleh’s glories.

If you find yourself in Amman, the Jordanian capital, the road journey becomes a bit of trek. Flights that connect via Riyadh or Jeddah, described below in more detail, are a better bet. Flights begin at around $300 one way.

Transferring from Tel Aviv or Jerusalem to Eilat, follow the coastline of the Gulf of Aqaba into Jordan for a short stretch of highway until the Dourra border crossing into Saudi Arabia. Cutting across the desert towards Tabuk and then Al Ula is best done over a couple of days, breaking the journey at one or more of Al Ula’s sights along the way.

Starting your journey in Israel gives you the perfect opportunity to explore Al Ula more widely than heading solely and directly to Madain Saleh, however breathtaking its chiseled tombs may be. Having entered Saudi, this tour takes a stop at Al Tubaiq Nature Reserve for the chance to sight the country’s surprisingly diverse wildlife, including gazelle and wily desert foxes, before following ancient trade routes in frankincense and other spices to the UNESCO World Heritage Site.

Unfortunately, there are currently no direct flights connecting Israel and Saudi Arabia, however change is afoot in the kingdom, so keep an eye out for them in the near future. If arriving by air is a must, flights can be booked via a change of planes in the likes of Turkey, Egypt, and Dubai.

Al Ula is roughly three hours’ drive from both Tabuk in the north of the country, and Medina in the south, and can be easily reached by road from these cities as well as Jeddah and Riyadh. The roads in the kingdom are of a great standard, while fuel is relatively inexpensive and car rental an affordable option for anyone without their own transport.

Al Ula is more than a one hit wonder. Having taken in the magnificent architectural heritage of Madain Saleh, be sure to stick around to explore the region’s other wonders. Pass through the gateways in the ancient walls of Al Ula town to stroll down its ancient alleyways lined with mudbrick homes. Continue on to the temples of Dedan before glorying in the natural wonders of the Harrat Al-’Uwayrid volcanic fields and deep canyon landscapes around Ekma Gorge and Jibal al Rukkab.

The country’s national carrier, Saudia Airlines, flies directly to Al Ula’s domestic airport three to four times per week from Jeddah and Riyadh, placing you just 30 minutes from the heart of the action. Other nearby airports include that at Tabuk.

Getting to Al Ula Valley and Madain Saleh

Our guide to visiting Madain Saleh and the Al Ula Valley has it all covered. Whether you want a leisurely drive, quick flight, or tour throughout the Middle East, you’ve got plenty of choices. Don’t miss this stunning wonder before it wows the rest of the world. And learn the best times to visit Saudi Arabia to beat the heat!