While Ginza in Tokyo will have a familiar feel to it for some foreigners, it is still a truly unique area; mirroring Japan’s rapid rise from feudal empire to one of the world’s largest economies, purveyors of fashion and trend-setters. And whilst some visitors from Europe may ask why they would travel half-way around the world to visit somewhere that is modelled after their own streets and architecture, Ginza sure has a unique character. Shopping has been the main reason for coming to Ginza for almost one hundred years but it’s definitely not the only one.

Few would believe that Tokyo’s current capital of high-fashion was once a swamp. Ginza owes its position today in equal parts to the key shapers of modern Japanese history; Tokugawa Ieyasu and the Meiji Restoration. Shortly after Ieyasu moved to Edo to set up his legendary Shogunate, he established a new silver-coin mint in what was formerly just marshland, with ‘Ginza’ being the organisation’s name.

Even after the group moved, the name remained because of the great prosperity it had brought to the area. Following the fire of 1872 that devastated so much of the region, the Meiji Government decided to rebuild Ginza upon thoroughly modern lines; using brick instead of wood, and constructing wide European-style boulevards. These architectural changes, along with social-commercial ones such as changing shop layouts, meant that Ginza became the first truly Westernized place in Tokyo. 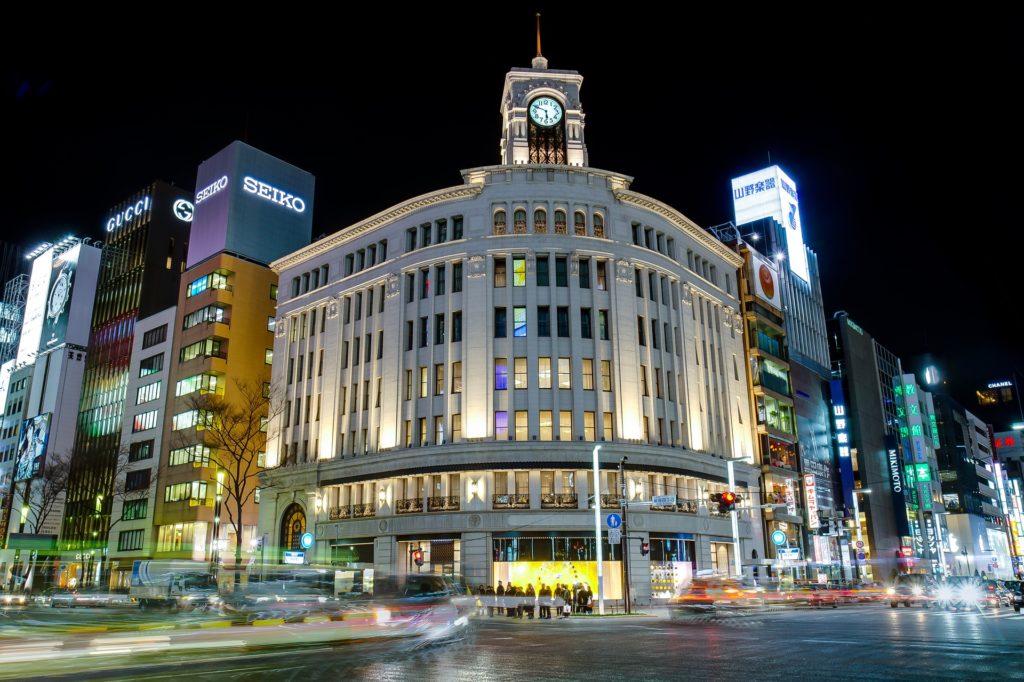 Tucked between the historic Imperial Palace on one side and the alien-like landscape of Odaiba and Tokyo’s other artificial islands, Ginza embraces both Tokyo’s past and its future.

The opening of Matsuya in 1924, Tokyo’s first department store, was a watershed moment for Japanese commerce and as any casual visitor will notice, there are a lot of department stores here now. The central Ginza area is based around Ginza and Higashi-Ginza stations but also includes nearby Yurakucho.

What to do in Ginza

Besides shopping (or window-shopping), Ginza offers plenty for everyone and even those not interested in purchasing some designer articles should still have a wander around one of the many opulent department stores along Chuo-dori. Both the young and the young at heart will marvel at the grand displays of Hakuhinkan Toy Park, a perfect place to pick up some uniquely Japanese toys.

Nearby is Ginza Lion, one of Tokyo’s best and most memorable bars. A Japanese-German influenced pub sounds like a gimmick but was actually Japan’s first beer hall and retains an incredible style and look today.

Those looking for something a little more highbrow also have the best place in Tokyo to see Kabuki Theater at Kabuki-za, with some tickets often being available for as little as ¥1,000. If all the shopping has you feeling hungry then the hidden restaurants under the Yūrakuchō train tracks are just a short walk away and the perfect end to the day. 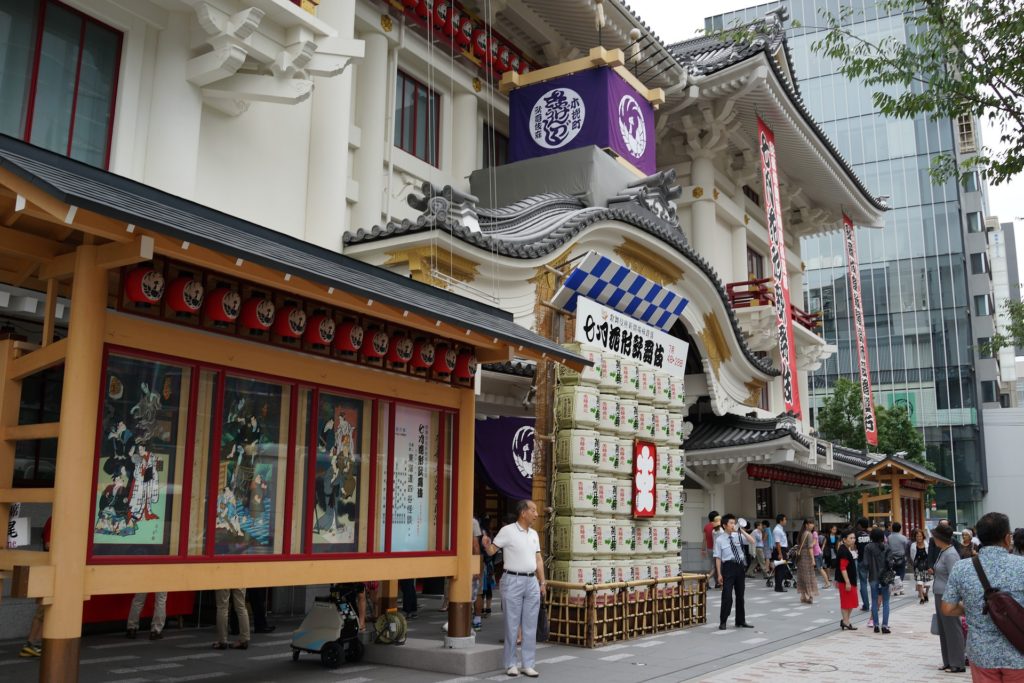 How to visit Ginza

Staying in Ginza is, like everything else here, a little expensive but it’s a very well-connected district so easily reached from anywhere in Tokyo. Try to time your visit between noon and 18:00 on a weekend to catch Ginza at its best, when the large open-streets are closed to cars.

The atmosphere is remarkably different, turning one of Tokyo’s busiest commercial areas into a weekend haven of peace. This is actually called ‘Hokousha Tengoku’ and is a practice that dates back to 1970. You could also precede your visit by having a tour of the Imperial Gardens.

Still a remnant of Meiji-era Japan and the western-stylings which that era wished to replicate, Ginza is a fascinating museum of pre-war Japan. Yet it has also moved on immensely since then, particularly in terms of forward-thinking design.

The gold-plated walls of the Cartier building are already well-known but the coming years will see the renovation of the Tsukiji fish market and the Sony building’s transformation from a towering monolith to an open space. With plenty to do, and plenty to look at, Ginza makes for a thoroughly enjoyable day out. 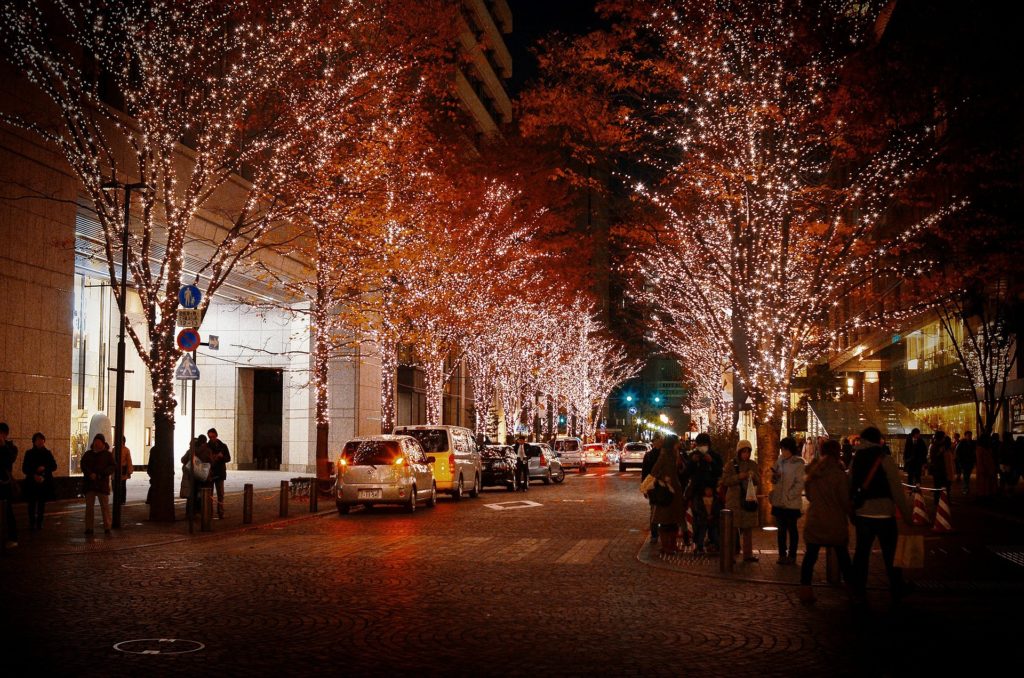