How to get from Osaka to Kyoto

Travelling from Japan’s second largest city of Osaka to its second most popular one of Kyoto, may sound like a big journey. Though very different places in terms of culture and atmosphere, they lie only 50km apart. To put this into perspective, you can travel for well over 50km in a straight line and never leave Tokyo’s city limits.

Both cities have been historically significant since at least the 6th Century and have grown gradually ever since. Today, they are not only physically very close but are both part of what is essentially one mega-city; the Keihanshin Metropolitan Area that also includes Kobe. The Keihanshin area is now effectively the same rail network and as such, there are countless ways to travel between Osaka and Kyoto on the train.

How to get from Osaka to Kyoto by Bus

As a result of these unparalleled train connections, there are very few bus services between the two cities. The only bus routes that do exist leave from the two airports near Osaka. Itami airport is closer to both Osaka and Kyoto, while Kansai airport is much further south along Osaka Bay. The ‘Osaka Airport Limousine’ company offers buses from the former that take 50 minutes (1,310 Yen, ca. 130 USD) and from the latter that take 90 minutes ( 2,550 Yen, ca. 255 USD).

Using the Train to get from Osaka to Kyoto

A glance at the local train network map may seem confusing as there are dozens of lines that criss-cross between the two cities. In reality, it is much simpler as there are three slower options and one much faster one.

The fastest option is, of course, the shinkansen. Run by the JR company, the Tokaido Shinkansen that travels between Osaka and Kyoto is the oldest and one of the most used bullet-trains in the world as it connects the Keihanshin area to both Nagoya and Tokyo/Yokohama. This particular journey takes just under 15 minutes and costs  3,020 Yen (ca. 300 USD).

The only (slight) problem is that it departs from the rather northerly station of Shin-Osaka, a minimum 5-10 minute train ride from the centre of the city. Just 15 minutes after departing, however, you will arrive in central Kyoto. A cheaper alternative for the same route is the JR Kyoto Line Special Rapid service which takes 24 minutes but costs only 560 Yen (ca. 5 USD). This exact same journey can also be achieved by leaving from Osaka Station, costing the same.

There are two slightly cheaper options available if you wish to save some money. Hankyu Limited Express trains go between Umeda station (next to JR Osaka) and the central Kyoto stations of Karasuma and Kawaramachi. These trains take 40 minutes but cost just 400 Yen (ca. 4 USD). They also run to the popular Arashiyama Bamboo grove in north-western Kyoto, directly from Umeda.

If you want to depart from an easier location, the Keihan Main Line departs from several stations in central Osaka, including Yodoyabashi, and gives you the option of several easterly Kyoto stations. The most popular of these is Sanjo. This journey is about 50 minutes long and will set you back 410 Yen (ca. 4 USD).

Keihan also offer a range of discount passes for the area. The ‘Kyoto-Osaka Sightseeing Pass’ can be bought a one day offer for 700 Yen (ca. 7 USD), or a two day offer for 1000 (ca 10 USD). Both passes include unlimited travel (Keihan trains only) between the two cities.The pass can be bought from many hotels in the region, tourist information centres, or online.

Fom Osaka to Kyoto via a Tour

Guided tours are of course available, departing from Osaka in the morning and returning the same evening but expect to pay in the region of 15-20,000 Yen (ca. 150-200 USD) for the privilege.

How to get from Osaka to Kyoto using a Car

Walking from Osaka to Kyoto

While walking from Osaka to Kyoto is not the most popular thing to do, walking the reverse route is. The Kumano Kodo trail is a famous pilgrimage that dates back to the 11th Century and is still done today. Though the full route is much longer, guided walks over part of the course from Arashiyama in Kyoto to Osaka can be found online. 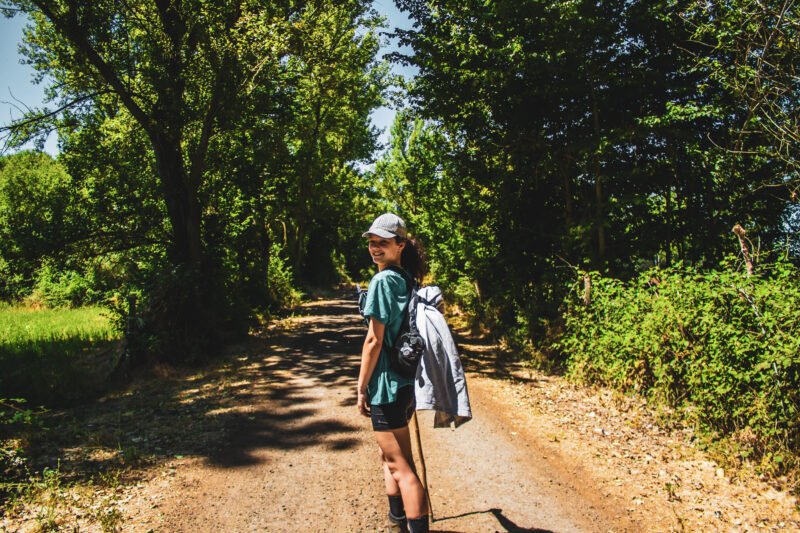 From Osaka to Kyoto by bike

Cycling between the two cities is also an option, and can actually be achieved on cycle paths the whole way so you won’t have to contend with too much traffic. Bikes can be rented in both Osaka and Kyoto and the route should take between 3-5 hours.

Best way to get from Osaka to Kyoto

The journey between Osaka and Kyoto offers plenty of choices, but nevertheless it should be a pleasant trip and will feel as easy as an inner-city journey. Taking the train is definitely the most efficient way of  getting there. Choose the Keihan 1 Day Sightseeing Pass if you wish to go and come back in the same day but consider taking the Shinkansen if you’re making a one-way journey, as it’s an affordable opportunity to experience one of Japan’s most famous exports.