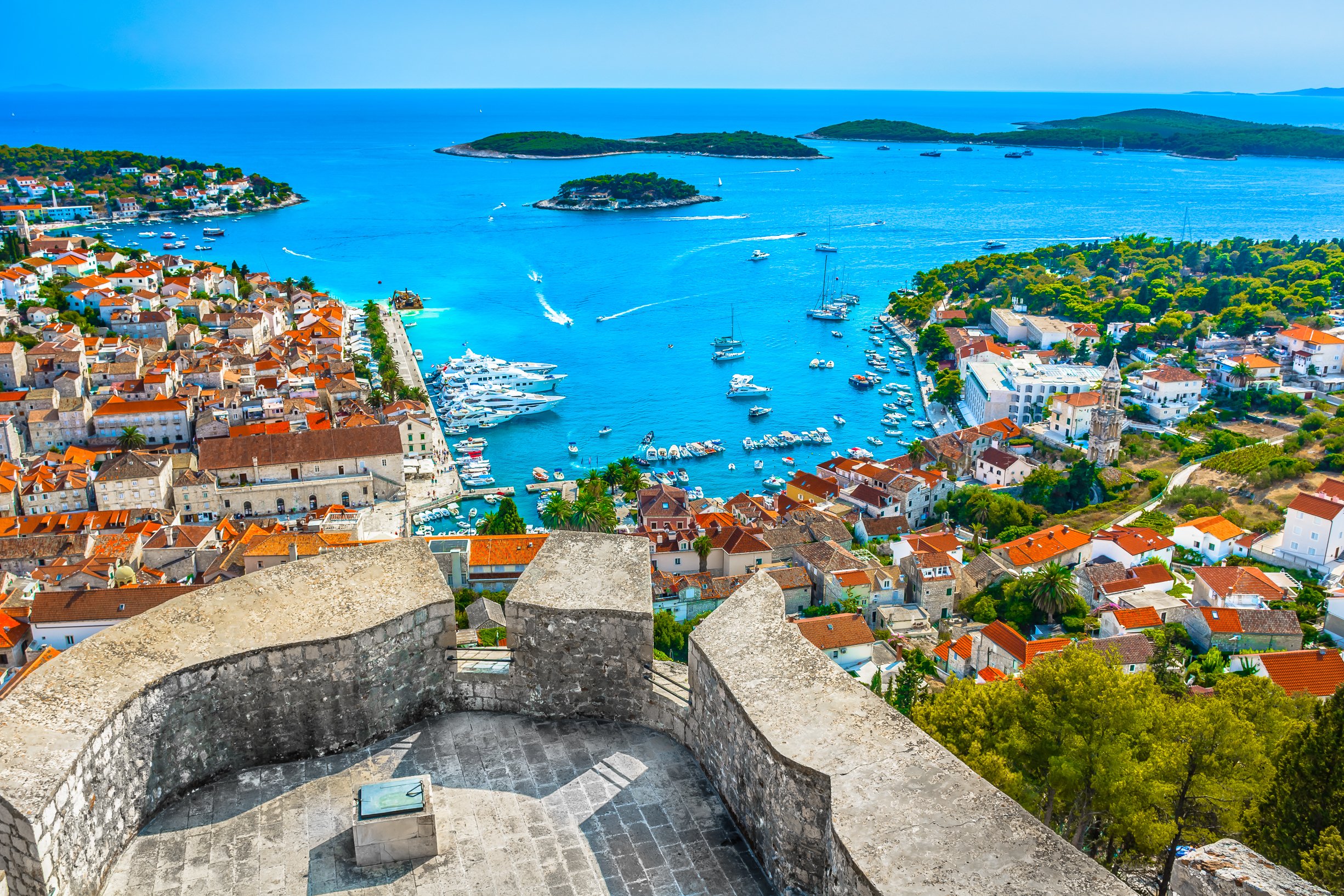 Croatia has a rich history which can be discovered throughout its cities, islands, interior villages and lush countryside. Most visitors to the country spend the majority of their time in the cities of Dubrovnik and Split. And it’s no wonder why – with medieval fortresses, ancient harbors, incredible shopping and dining these cities cater to all. Then there are Croatia’s islands, all 1,200 of them, each unique, with unspoiled beaches, vineyards and olive groves. Away from the coast, dark emerald forests are a haven for wildlife and truffle gathering. Turquoise, travertine lakes attract those wishing to reconnect with nature. In this delightful Balkan country, there are activities to suit everyone, uncover the best things to do on your vacation in this Croatia travel guide.

Spend a Day Truffle Hunting in the Motovun Forest

Istrian Truffles are revered by foodies everywhere, and many say that truffles gathered from Motovun Forest in Istria are amongst the best in the world. The best way to unearth these delicious treasures is by going on a once in a lifetime Truffle Hunting Tour. The tour begins in the hilltop medieval town of Motovun, home to a fortress and the 17th century church of St. Stephen. The church contains beautiful artwork, marble statues and a painting of the Last Supper, created by an unknown Venetian painter. Following your historic tour of Motovun, drive to the ancient forest nearby. The area, encompassed around 10 square kilometers, is abundant with wildlife and famed for its prized black and white truffles. Once here, you join a professional truffle hunter and their specially trained dogs to help you uncover the culinary gems. When you have collected your truffle heist, head back to the town for a traditional Istrian luncheon accompanied by Teran and Malvasia wines from the cellar.

Get back to Nature at Plitvice Lakes National Parks

You’ve explored beautiful medieval cities, relaxed on golden sands and chartered boats to unspoiled islands, now it’s time to reconnect with nature in all its glory at Plitvice Lakes National Park. A short drive from Zagreb, this forested national park features 16 jade crystalline travertine lakes which appear to merge with each other via spectacular cascades and waterfalls. With 18 kilometers of wooden footbridges and pathways to navigate, you can spend leisure time exploring the flora and fauna of this magnificent landscape. Afterward, enjoy majestic scenery from a different perspective on a serene boat ride and enjoy lunch or drinks by the lake.

Pula is one of Istria’s most fascinating cities. Nestled on the Adriatic coast, it boasts a rich Roman heritage which can be seen in the city’s triumphal arches, mosaics and impressive Roman amphitheater. On a historic walking tour, you follow in Roman footsteps to explore the underground arena and Roman amphitheater overlooking the harbor. Imagine life as it was in Pula 2,000 years ago, when gladiators stood in narrow tunnels, listening to the crowd’s roar before arena games began. Enter the city through the triumphal columned arch, admire mosaics and Venetian castles as you delve deeper into Pula’s history. For the perfect end to your day in Pula, unleash your inner foodie by sampling delectable Istrian olive oils, wines and cheeses.

Famed for its crisp white wine, enchanting pine forests and secluded beaches, the island of Korčula is exactly what the doctor ordered for those seeking an offshore escape. While not as glamorous as Hvar and Brač, which cater to the jet-set lifestyle, Korčula is authentic, with medieval hamlets, vineyards, olive groves and traditional fishing villages tucked away by the water’s edge. There’s culture too, the main town center overflows with rustic charm and in the shadow of St. Mark’s Cathedral, palm-lined streets with pavement side cafes and restaurants await with local delicacies. Spend a few hours exploring the museums, snorkeling, or birdwatching before driving into the countryside for a delightful wine-tasting tour at one of the island’s many vineyards.

No Croatia travel guide is complete without a nod to Game of Thrones fans. Not only were many scenes for King’s Landing, Qarth, Braavos and Meereen filmed here, but the show also provides a great way to get to know various city landmarks and their history. Dubrovnik is home to many of those locations seen on screen. The Old City boasts Minčeta Tower – the location for Qarth’s House of the Undying in season two, St. Dominika Street where Cersei completes her walk of shame and Lovrijenac Fortress which portrayed the Red Keep. Discover all filming locations in the city on a 3-hour Game of Thrones walking tour. After your excursion, follow up with a visit to Trsteno Gardens and Arboretum, just 18 kilometers outside Dubrovnik. This was the filming spot for Tyrell High Gardens, which offers incredible vistas over the Croatian coastline from the pavilion.

Šibenik is Croatia’s oldest town on the Adriatic coast. It’s a UNESCO World Heritage Site fringed by a picturesque harbor and ancient sites such as St. Michael’s Fortress and St. James Cathedral (which was featured as the Iron Bank in Game of Thrones). The city is not as tourist driven as Split, Dubrovnik and Zadar, and offers a glimpse into what Croatia is like for the locals. If you’re traveling with children, Šibenik boasts an Aquarium Terrarium filled with tropical fish, a nearby aquapark and a medieval falconry center. It’s also close to Krka National Park, a great alternative if you can’t get to Plitvice Lakes during your stay. This green park is peppered with striking waterfalls and forested riverbanks, plus unlike other parks it’s possible to swim in lakes beneath the cascades, so don’t forget your swimsuit!

To say that Croatia offers a wide range of vacation activities and spots would be an understatement. You could spend a month in Croatia and still not see everything. To make the most of your trip follow our Croatia travel guide and be sure to pack comfortable walking shoes.