No two countries celebrate Christmas the same way, and though Japan is a recent convert to the tradition, the country has begun to embrace it more and more. With a very small percentage of Christians in the country, Christmas in Japan is not a religious time of year so there won’t be many people going to church or remembering the pious reasons for celebrating the holiday.

There are records of some Jesuit monks performing services on Christmas Day as long ago as the 16th Century but the heavy oppression of Christianity in the following years meant that their work never spread very far. The largely homogenous history of Japan and its penchant for isolationism meant that even following the Meiji Restoration, there were very few foreigners living in the country.

However, Japan has slowly established its own traditions, some of which may seem familiar to foreigners and some of which are very distinct. The Buddhist God of Happiness is known as ‘Hotei’ in Japan, but more commonly referred to as the laughing Buddha elsewhere in the world. He bears a slight resemblance to another jolly fellow that brings joy to children in the rest of the world, and as such, the traditions of Hotei and Santa Claus have slightly merged. 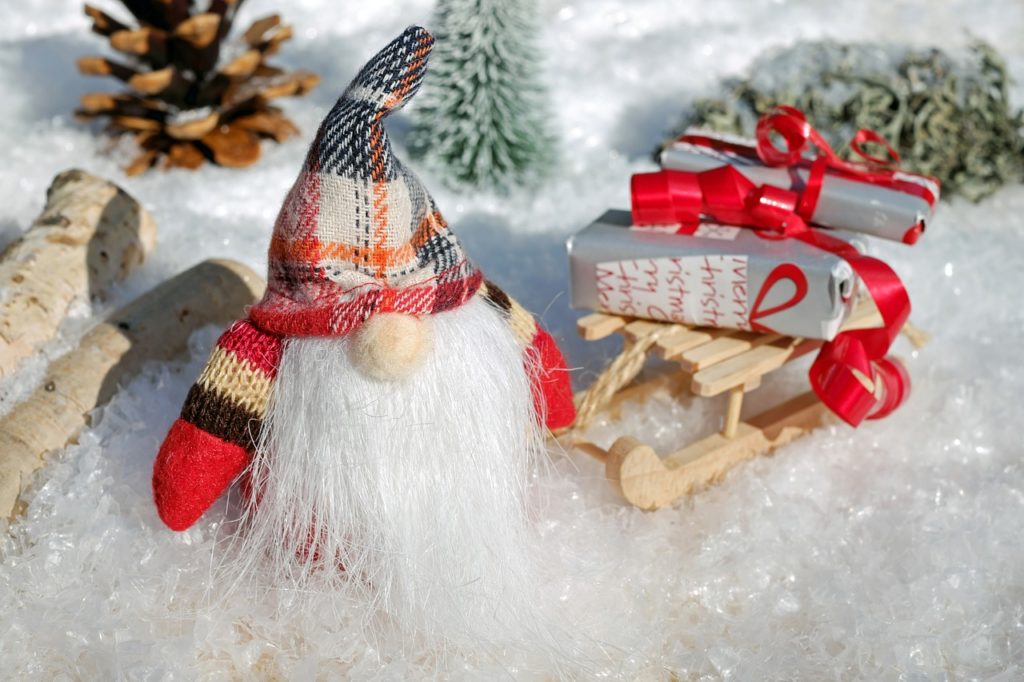 This may have allowed for a smoother transition for certain elements of Christmas for though you aren’t likely to see any manger scenes, the commercialism of this holiday has been fully embraced. Many people give gifts over Christmas and while it’s not a national holiday, it’s often treated as one by parents with small children. Christmas Eve has become almost a second Valentine’s Day as a day for romance and gift exchanging between couples. While Christmas Day is largely absent from tradition, the ever-powerful companies in Japan stepped in to fill this void.

Shortly after first opening in Japan in 1970, KFC sought to invent their own Christmas tradition by promoting buckets of fried chicken using the slogan ‘Kentucky for Christmas’. KFC is relatively busy year-round here but on Christmas Day it is hugely popular as millions of people have adopted this option for their own families.

The face of KFC, Colonel Sanders, is advertised widely to achieve this and his similar appearance to Santa Claus has greatly helped spread the idea that Christmas is synonymous with KFC. After eating a bucket of KFC, many families will eat Christmas Cake and though this is usually very different for each country, in Japan it usually means eating a strawberry shortcake.

While fried chicken for Christmas dinner and no holidays may seem very different, the overall appearance of many Japanese cities will seem familiar to lots of visitors. Christmas trees have been put up since as long ago as 1910 and continue to be today in all shopping centres and department stores.

Around Christmas time, Tokyo is host to dozens of different ‘Winter Illuminations’ and lights shows around the city which are comforting and spectacular in equal measure. Lots of cities will also put on special Christmas markets, selling Yuletide snacks and gifts from around the world. Furthermore, due to its northerly longitude and mountainous surface, many regions of Japan many also experience snow in winter, which will make many feel even more at home.

Christmas in Japan is truly unlike anywhere else in the world, but the overall mood and atmosphere, particularly in the larger cities with their bright lights is one to be enjoyed and savoured. Tokyo is probably the best place to witness this and those with children should consider making the day an extra special one with a trip to Disneyland which hosts a variety of Christmas-themed performances and fireworks shows.