Found in Okinawa, on the most northern tip of the island, Cape Hedo, also known as Hedo Misaki offers some of the most beautiful views. The point overlooks both the South China Sea and the Pacific Ocean making it a unique and memorable lookout for both locals and tourists alike.

Cape Hedo has a long history and appears in land maps dating back to the Edo period. Cape Hedo also plays a prominent part in the regional history of Okinawa as it is believed to be the last place that the King of Okinawa, King Gihon lived prior to his throne abdication in 1260. As the story goes, once the King left the throne he vanished into the surrounding forests and was last seen at Cape Hedo. 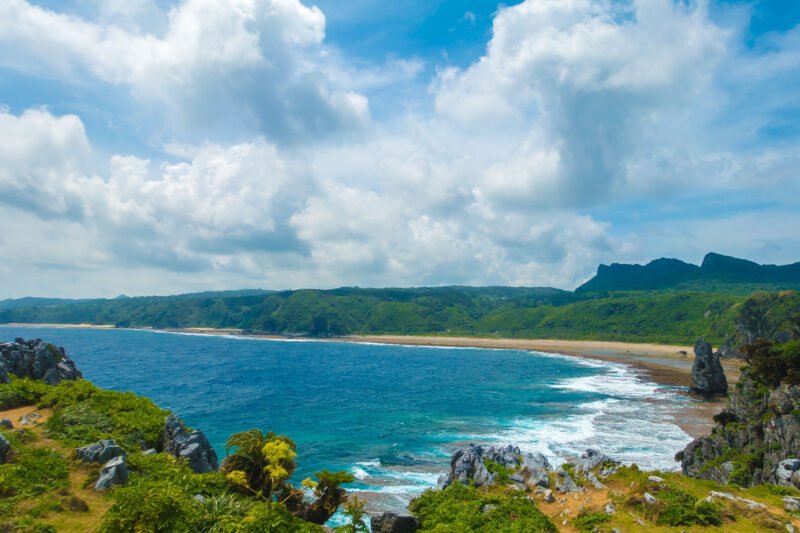 What to do at Cape Hedo

The picturesque point at Cape Hedo attracts both local and international tourists. It is both appealing given its unique location and a due to a commemorative monument that is situated in the area, which draws many international travelers to the area. The monument pays tribute to the end of the US Occupation of Okinawa. Since Cape Hedo has attracted such an international crowd, the area continues to develop with restaurants, cafes, shops and other amenities in the area making it much more enjoyable for visitors to the area.

The main attraction at Cape Hedo overlooks the west coast which is situated between the cape itself, and Nago. In this area, there are hiking trails which grant access to the Hiki Waterfall. For travelers looking to veer off the beaten path, there is also access along the eastern coast. Since this area is less explored there is a multitude of natural beauty and untouched scenery. Due to the remote access, the east side can only be reached using a private car or rental car.

How to visit Cape Hedo

The most northern tip of Okinawa Honto, Cape Hedo, or Hedo Misaki is approximately 115 kilometers from Naha. The area can be reached by public bus from Naha to the Nago Bus Terminal. For that are traveling by car, there is a scenic drive starting from Route 58 down to Higashi.

Since the area is seeing more tourists than ever, it is easy to spend some time in the area enjoying the variety of cafes, shops, and facilities. For one of the best views not only in Okinawa but in all of Japan, a visit to Cape Hedo is a must.