The Byodoin Temple, a Buddhist temple found in the Kyoto Prefecture in the southern city of Uji, dates back to the Heian period and was not originally built like a temple. The Byodoin Temple is connected to both the Tendai-shū sects and Jōdo-shū. The Byodoin Temple stands as an architectural example of Buddhist Pure Land, also known as Jodo or Jodo Buddhism.

History of the Byodoin Temple

Originally built in 998, Byodoin Temple was once a villa for Fujiwara no Michinaga and was not utilized as a temple. It was not until the son of Fujiwara no Michinaga turned the building into a temple and constructed the Phoenix Hall, one of the most unique attributes of the building. Because of this special structure, the building was actually given a new name of Hoodo, “Phoenix Hall”. The name also stemmed from the phoenix statues that were placed on the roof.

Due to a series of fires the Byodoin building underwent a series of changes and constructions. Amid the destruction, the Phoenix Hall was never affected and is a shining example of wooden structures from the Heian Period (one of the few original buildings still standing). 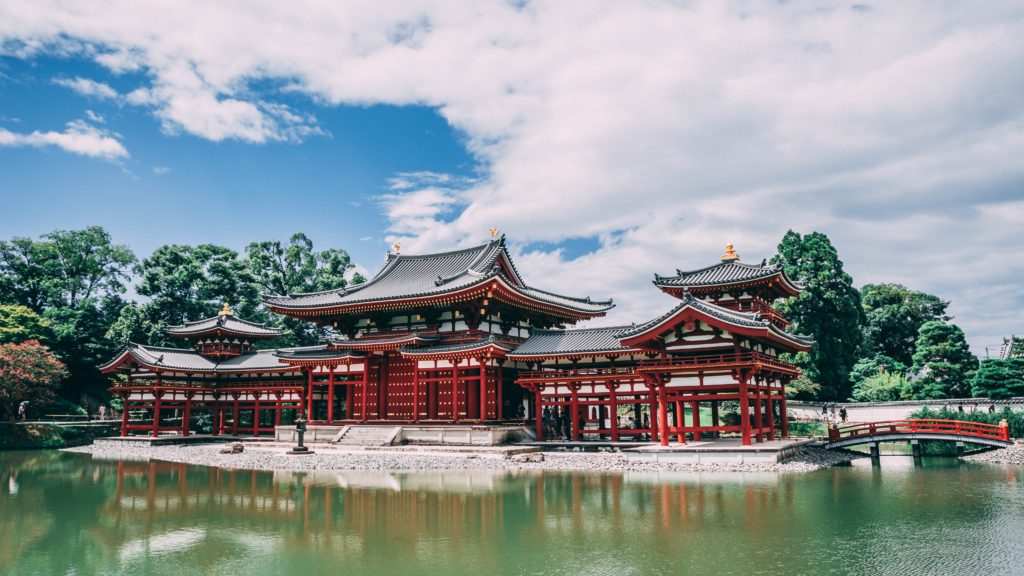 What to do at Byodoin Temple

When visiting the Byodoin temple, visitors may explore and admire the Phoenix Hall, a gateway to the past and an example of a well preserved wooden structure. Inside the Hall, the Amida Buddha is also noteworthy. Within the temple, there is also an underground treasure house which showcases artifacts, gems, and mementos from the temple.

The Phoenix Hall is also seen on the Japanese ten yen coin.

How to visit Byodoin Temple

To visit Byodoin Temple in Kyoto, the JR Uji Station and Keihan Uji Station both provide access. Visitors should expect to walk from either station for about 10-15 minutes until they arrive. Visitors can explore the grounds and enter the Phoenix Hall on a guided tour which operates every 20 minutes starting at the entrance. The address is: