Once a common form of entertainment among commoners dating back to the 17th century, Bunraku refers to the traditional puppet theater of Japan. Founded in Osaka during the Edo Period, Bunraku also known as Ningyō jōruri is a recognized UNESCO intangible cultural heritage along with Kabuki and Noh.

Dating back to the 16th century, Bunraku Puppet Theater has a long-standing history in Japanese culture, even appearing earlier in the 11th century. Among street performers during the 11th century, puppets became a part of the show and the performers were known as kugutsumawashi. The idea of Bunraku became more popular later thanks to the work of Chikamatsu Monzaemon a playwright who worked together with Takemoto Gidayu, a well-known chanter and the establishment of a puppet theater in 1684. 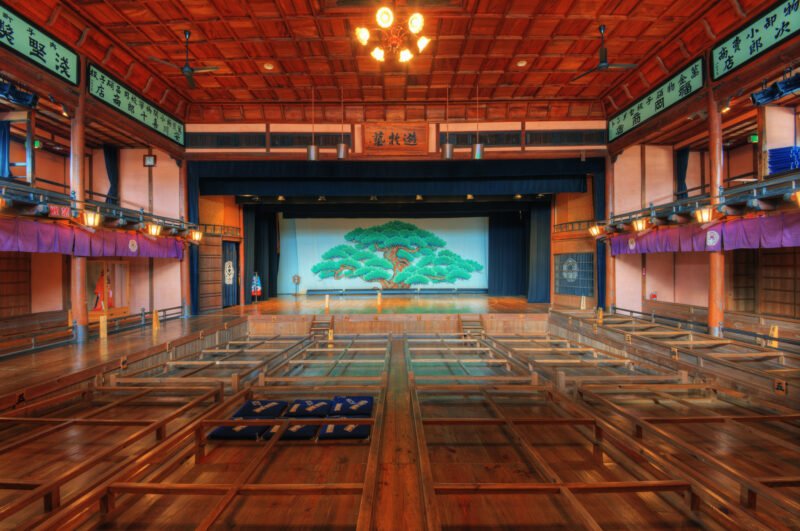 What are Bunraku puppets?

Bunraku puppets have very specific designs and elements including their size and form. Traditionally, the Bunraku puppets were much smaller but today they tend to be larger. Puppets are controlled by three puppeteers at a time that works together collaboratively to bring the puppets to life. The principal operators control the main body portion of the puppet while two assistants manipulate the arms and legs. Rather than hiding behind a screen or using strings, the puppeteers are on stage in plain view, but they are dressed in black, even covering their faces to appear invisible. The puppets are very lifelike, with flexibility and can move their faces giving realistic expressions and movements.

Like Kabuki, oftentimes the stories told by Bunraku puppets are historical with deeply rooted traditions or involve love stories with sad elements and tragedy.

Where to see Bunraku in Tokyo?

Bunraku can be found throughout Tokyo in a variety of theatres. Like Kabuki, there are two shows in a day, a matinee and an evening show. Each show is separated into further sections and it is possible to view these. Tickets are sold per segment (not the entire act, although this is also possible to view). English headsets can be used during performances, although they are not always necessary as the puppets act out the story very clearly it can also be understood, even without understanding the language.

A center for traditional Japanese arts and culture with Kabuki and Bunraku performances. Although shows are not available year-round, the National Theater hosts Bunraku performances throughout the year.
4-1 Hayabusacho, Chiyoda, Tokyo 102-8656, Japan

Found in Osaka, the National Bunraku Theater hosts many performances and is the best place to view Bunraku in the most authentic way.
1-12-10 Nippombashi, Chuo-ku, Nippombashi, Chuo, Osaka 542-0073, Osaka Prefecture