The huge range of things that one can do in Japan often acts as a hindrance in terms of promoting it to tourists. Everyone knows Japan is home to future-like cityscapes, ancient temples and luscious mountain ranges but amongst all this, many forget about the country’s coastline.

Japan’s international reputation as a hard-working nation and its cold winters mean that few realise just how many beaches there are here. The Pacific island of Okinawa is the most famous beach getaway in this part of the world, but the main islands also contain some beautiful beaches. Here we take a look at some of the best beaches in Japan.

Besides the artificial beach on the fake islands of Odaiba, one has to travel well outside the Tokyo city limits to find a beach. The closest, and most visited, are located to the south-west along the Shonan Coast, near the picturesque day-trip spot of Kamakura. 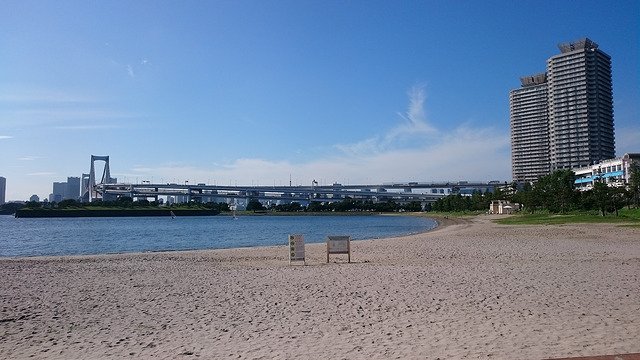 The long stretch of coast here is made up of several different beaches with Kamakura, Zushi and Enoshima being the most popular. Slightly further afield lies the Izu Peninsula and with it, many sparsely populated beaches along both its east and west coasts, particularly around the cities of Atami and Shimoda.

If you’re staying in Tokyo and want to experience the culture and atmosphere of the Pacific islands but don’t have enough time (or money) to reach Okinawa, then the Ogasawara Islands are a great substitute. Reached via a day-long ferry, this series of islands is host to a huge number of quiet and stunning beaches on some barely-inhabited islands. Some pristine island beaches are even closer at hand on the Izu islands which can also be reached by ferries from Tokyo.

Writing about the beaches of Okinawa is enough to fill an entire website with information but here I will just note a couple. The mainland of Okinawa may be the most populous but the most sought after beaches are located on some of the harder to reach islands.

Yonaha Maehama beach on Miyakojima Island is often listed as the finest beach in the country with its white sands and clear waters. On the same island is the scenic Sunayama beach which has an iconic natural stone arch along its shore and several other beautiful alternatives. The winner of Tripadvisor’s Travellers’ Choice Best Beach for 2017, however, was Nishihama beach which is on Hateruma island, a little over 200km from Taiwan (and five times that distance from mainland Japan). 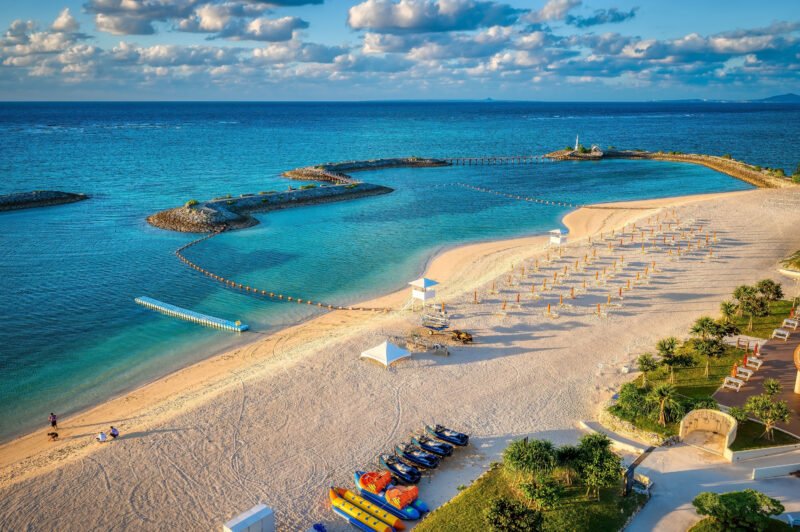 Other beach highlights in Japan

Ibusuki on the tip of Kagoshima Prefecture may not have the most pristine looking beach but it is very popular for its black sand and the luxurious sand baths that many visitors take when they come. Another peculiar beach activity can be seen on Naoshima Island in Kagawa Prefecture, within the Seto Inland Sea.

There are some gorgeous beaches here but the primary attraction is the copious amounts of art as museums, statues and sculptures are dotted all over the beaches and towns of Naoshima Island.

Visiting the Best beaches in Japan

Going to the beach in Japan is no different than anything else in this often mystifying country; people will follow the rules precisely. The annual ‘beach season’ when lifeguards are on duty begins on a specific date in early July and finishes on August 31st.

During this time, the beaches will normally be very busy but outside of these dates, almost no-one goes. This can be very confusing, as is often the case, when June or September is very hot yet the beaches will be deserted. So keep this in mind when visiting any beach in Japan; just because it’s empty, doesn’t mean it’s not worth seeing.