Most Beautiful Gardens in Japan

Japanese gardens are rooted in Buddhism and offer a tranquil place to relax and unwind. Japan is also home to some of the most renowned landscape gardeners in the world and so it is no surprise that the nation is brimming with beautiful gardens.

From vibrant cities to more remote locations, these gardens can be found across Japan and are a wonderful way to while away a couple of hours. But – which are the most beautiful gardens in Japan?

The History of Japanese Gardens

It is no secret that Japanese garden designers have been perfecting and developing their skills for well over 1000 years. In fact the Japanese garden is more than a pretty place to visit; it is rooted in traditional beliefs and has been used for a variety of purposes.

In the late 14th Century, the samurai used gardens to reinforce their discipline and control by undertaking repetitive tasks that required the samurai to be in the moment. This philosophy was taken from Zen meditation and is still used by Buddhist monks today. Raking is a good example of this practice and many Buddhist gardens will feature gravel that has been raked in a variety of shapes and patterns. Alternatively, during the Edo Period, Japanese nobility had gardens created within the grounds of their own homes to provide somewhere to relax.

Today Japan’s gardens combine both the idea of relaxation and the Zen Buddhist style of garden to create something that is altogether very different from internstional gardens.

The Most Beautiful Gardens in Japan

Located in the city of Kanazawa, Kenrokuen is regarded as one of the most beautiful gardens in the entire country. It was once set within the grounds of Kanazawa Castle and has acted as a public garden since the late 19th century. The name Kenrokuen refers to six key components; seclusion, artificiality, water, views and space, which is all apparent in the garden’s design. 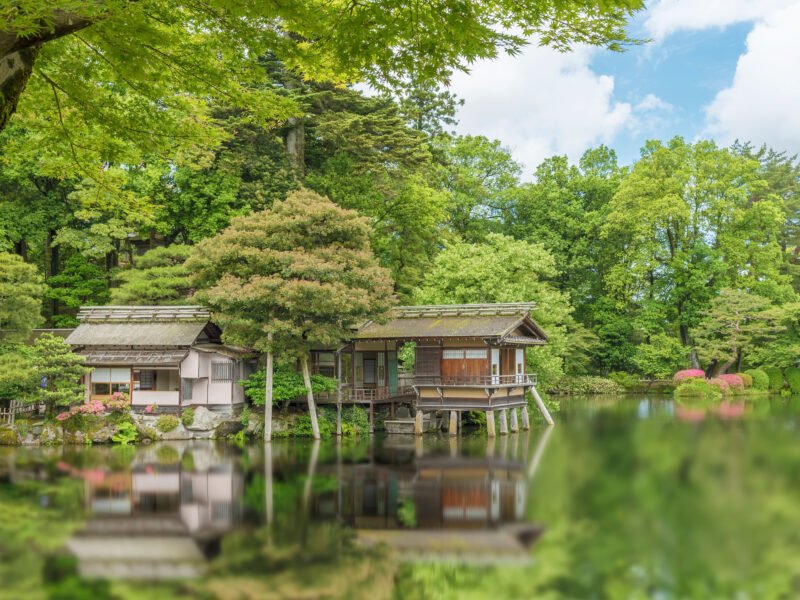 An ancient river flows through Kenrokuen and the garden itself is home to a wide variety of plants and trees, providing each season with a distinct look. There is plenty of walking trails and a number of teahouses where visitors can unwind. Early April is particularly busy when tourists flock to see the cherry trees in full bloom. Autumn also offers a foliage of maple trees and the winter season sees the garden covered in a blanket of snow.

Tokyo may boast innovative technology, quirky subcultures and an unparalleled nightlife but it also offers plenty of places to rest. Rikugien Garden is a charming city garden that offers a romantic atmosphere and a magnificent light display in the evening. 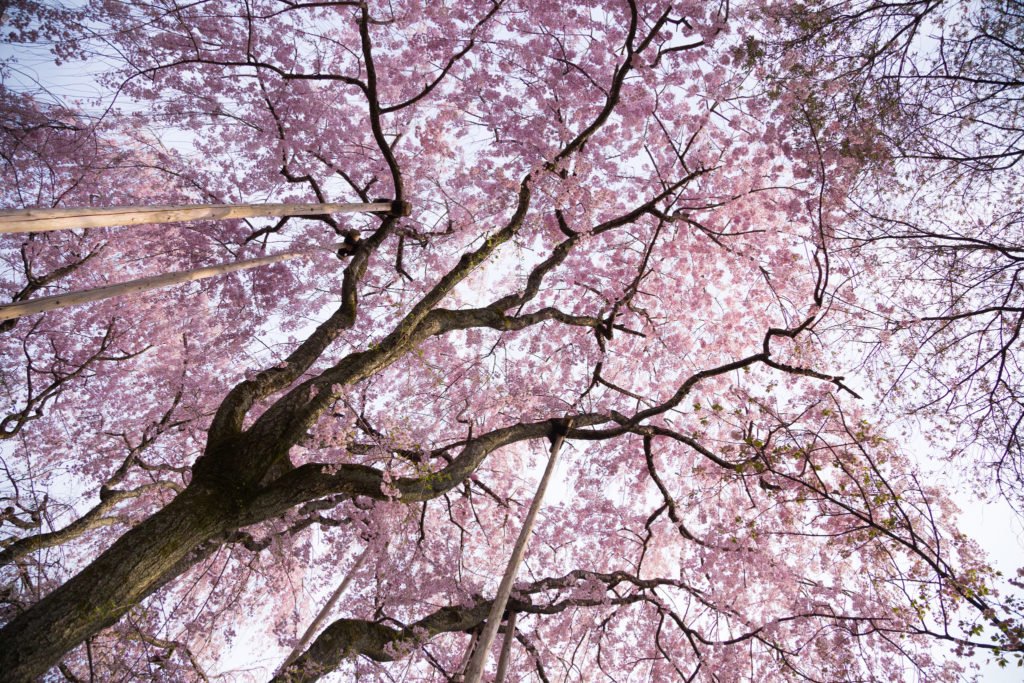 Nestled within the historic city of Kyoto is Royanji Temple; a former aristocratic villa that is home to an incredible Buddhist garden. This garden is popular for both its unique rock formation and mysterious designer who remains unknown. There are 15 rock formations in total which can been interpreted in many ways and offer an artistic element to the garden. Ryoanji is a thirty minute bus ride from Kyoto Station or a short walk from the Golden Pavilion.

Shugakuin Rikyu Imperial Villa is tucked away in the rolling hills of rural Kyoto. Though the Imperial villa is not accessible to the public, the gardens certainly make up for this. Visitors can only enter with a private tour group so there are far fewer crowds than most gardens in Japan. The picturesque gardens boast unique Japanese designs, hilly walks and an idyllic rural atmosphere.