Tokyo is the world’s largest city, with a population larger than Canada, a GDP equal to India’s and an annual electricity usage greater than Vietnam, Indonesia and the Philippines combined; Tokyo is (almost) a state enclaved within Japan.

An iconic city known around the world, Tokyo has become, over the past 40 years, a major financial and commercial center, as well as a city with world-famous style, culture, design, and cuisine.

Tokyo has gone through several population rises and falls due to war, earthquake and fire but started out as a simple fishing village, known as Edo. It would have remained this way if Tokugawa Ieyasu had not chosen it as his base in 1590. The greatest Shogun Japan had ever seen, his family ruled the country from Edo until Emperor Meiji moved from Kyoto and reclaimed power. Thus, the city was christened Tokyo, meaning ‘Eastern Capital’ from 1889.

Tokyo’s incredible population growth is also due to its relatively flat area, compared to the rest of mountainous Japan, and easy access to Tokyo Bay and the Pacific Ocean. Its location in the Kantō region on the East coast of Honshu island means it’s perfectly placed as a starting point for all trips to the Land of the Rising Sun. Train lines link Tokyo to all major cities on Honshu and is serviced by two airports – Narita and Haneda – to reach the other islands of Japan. 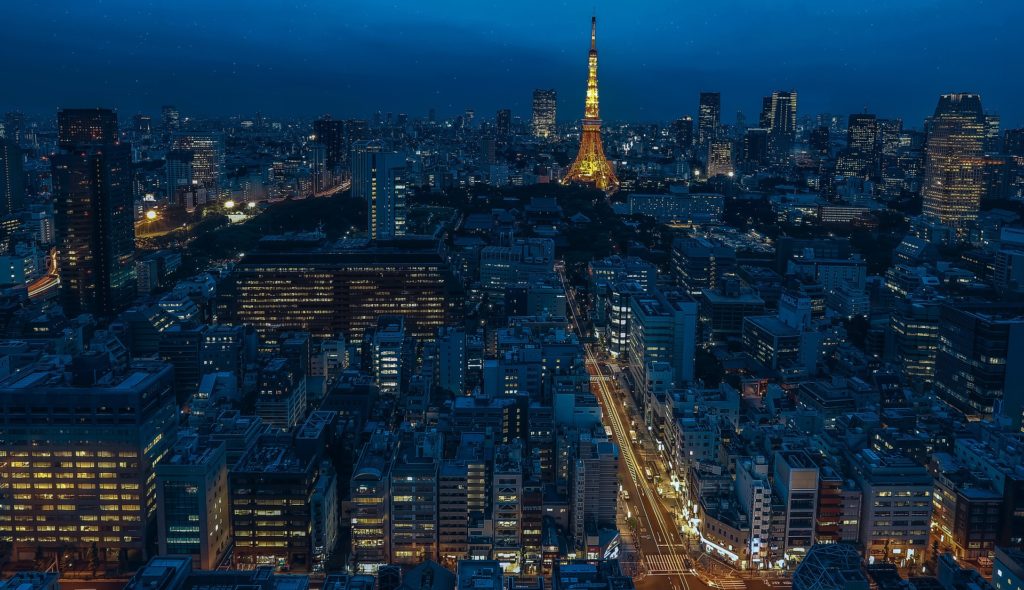 What to do in Tokyo

Visitors to modern-day Tokyo will find no shortage of things to do and see. The old-city was based in the East, while much of the modern developments have emerged in the West. Tourists looking for reminders of the ancient city should head to Senso-ji Temple in the Asakusa district, the Imperial Palace in the heart of the city or the home of designer shopping from the 1920s, Ginza. The legendary Tsukiji Fish Market shifted from its iconic location on the Sumida River to the hyper-modern man-made island of Toyosu and has now reopened as Toyosu Market. The best way to explore the market is with an organized tour, for example this Market Tour & Sushi Making.

For bright lights and ‘crazy Japan’, go to the hubs of Shinjuku, Shibuya or Ikebukuro in the West, or the manga-mad Akihabara in the East. A combination of both old and new, and the best park in the city, can all be reached at Harajuku, which can be explored by joining a Harajuku Tour. With the grand Meiji-Jingu Shrine, the relaxing Yoyogi Park and the ‘kawaii’ centre of Japan, provides something for everyone. While in the area, don’t miss the chance for a spectacular (and free) view over the metropolis itself by going up the Tokyo Metropolitan Government Building in the skyscraper district of Nishi-Shinjuku. 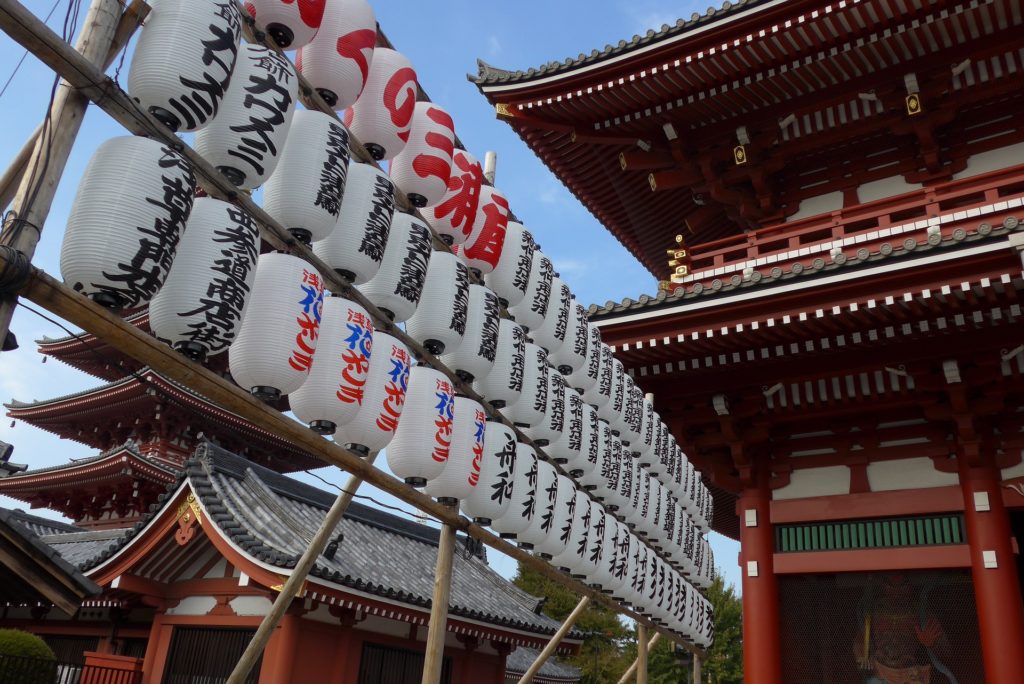 Food, Drink, and Nightlife IN TOKYO

While tourist sites are a key part of any Tokyo itinerary, you cannot leave without sampling some of the capital’s indelible cuisine and nightlife. Nishi-Shinjuku acts as an excellent microcosm of the city’s wider delights, while admittedly being a little more expensive than the usual. Both Shinjuku and Shibuya offer the widest selection and the best value for money, just don’t be too overwhelmed by the sheer number of options.

For the freshest sushi on the planet, navigate the warren of alleys that surrounds the Tsukiji fish market and choose at random, safe in the knowledge that they’re all good. Shinjuku’s ‘Omoide Yokocho’ is the best spot for Japan’s favourite beer-companion, Yakitori skewers. Just don’t be alarmed by its affectionate nickname of ‘Piss Alley’. A slightly larger, but equally charming retreat is the Ebisu Yokocho which has countless restaurants tucked together under one roof. Ever wanted to eat and drink while trains roar over your head? Well this can be achieved in either Koenji in the west or Yurakucho in the east.

There are limitless places dotted throughout Tokyo to get a drink but the two most memorable lie in its twin mega-cities. Shibuya contains the quaint ‘Nonbei Yokocho’ (or ‘Drunkards’ Alley’) but if you have just one night, look no further than the Golden Gai in Shinjuku: Home to over 200 unique bars in an area no bigger than a football pitch, each night in the Golden Gai promises to be completely different than the last.

In order to dive in deeply into Tokyo’s food culture, we recommend to join a guided tour, such as this Tokyo Food Tour. 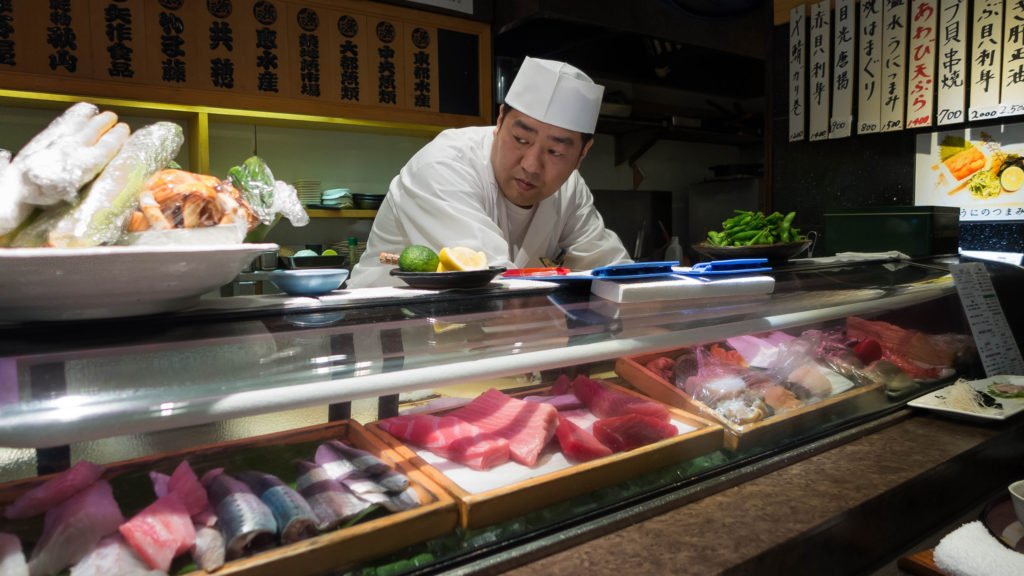 How to visit tokyo

You can visit Tokyo in a weekend and see much of what it has to offer, but to really do it justice and to allow yourself time to soak it all in, three or four days is probably required. To help yourself maximise your time there, download railway maps and use Japan Transit Planner to plot your route through Tokyo’s dizzying transport system.