Spending 24 hours in Osaka, the third largest city in Japan is rather unique. Osaka boasts a distinct personality which sets itself apart from nearby Tokyo and Kyoto. Osaka may not be the most picturesque city but this is made up by its colourful décor and fantastic foodie scene. Osaka is famous for cooking up great tasting food and its slogan is ‘eat until you drop’.

Though you could easily spend a couple of days eating your way around Osaka, it is still very possible to discover the city in just 24 hours. From delicious delicacies to riverside walks, we have those 24 hours in Osaka covered.

After waking up nice and early, one of the quickest and most scenic ways to get around Osaka is by bicycle. Whether you choose to take a cycle tour or hire a bike and explore the city independently, Osaka is an easy city to navigate.

The castle is a gorgeous structure surrounded by a stunning garden that offers a wonderful setting during the cherry blossom season. Osaka castle itself boasts an interesting history that dates back to the 16th Century when the nation experienced an intense military period. After a few reconstructions, the castle now stands in all its glory and is an important site throughout Japan. With 600 cherry blossom trees, this is also one of Osaka’s most famous parks and it has a separate entry price which is worth every penny. 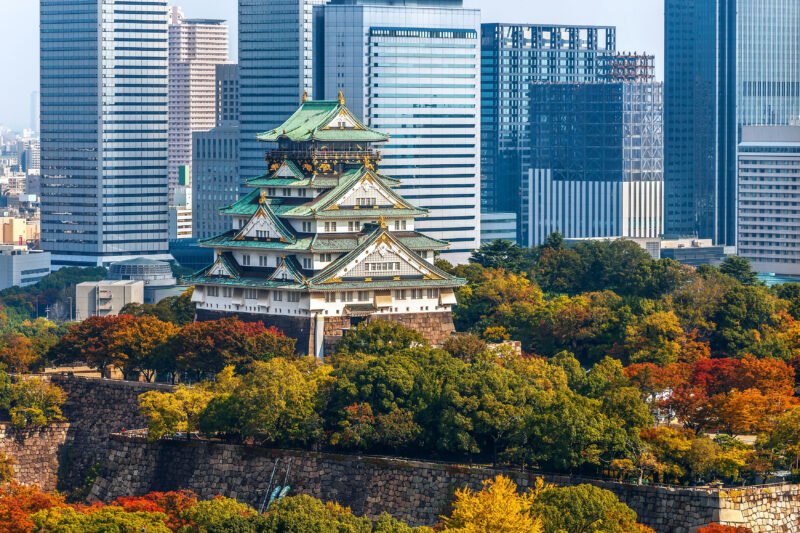 Osaka is Japan’s foodie destination and wherever you eat, it’ll be hard to go wrong. In order to save time and experience local cooking, the best option is to visit a street food market. One of the city’s best loved food markets is Kuromon Ichiba Market. Located in the Chuo Ward, this market is famous for its deliciously fresh seafood which is distributed to the city’s finest restaurants.

Just a short metro journey away from Kuromon Ichiba Market is Sumiyoshi Taisha, also known as Sumiyoshi Grand Shrine. Sumiyoshi Taisha is a Shinto shrine that was discovered in the third century and is dedicated to the Shinto Gods. The four buildings that make up Sumiyoshi Taisha are unusually positioned compared to most shrines in Japan, which makes it even more interesting. The grounds include a prayer hall and a beautifully designed bridge that arches above a pond.

What sets this building apart from other sky towers is that it is constructed using two skyscrapers that connect via an open rooftop. Umeda Sky Building is 173 meters tall and offers a unique architectural design along with fabulous city views. The Floating Garden Observatory connects the two buildings together via a beautiful open top garden.

There is no doubt that an evening in Osaka should be spent sampling the city’s array of local dishes. Dotonbori is a bustling district that is brimming with restaurants and street side stalls. From street food snacks to fine dining banquets, there are options to suit all tastes and budgets.

Although Osaka boasts a vibrant nightlife, a much more cultural experience is on offer at the National Bunraku Theatre. Bunraku is the term for a traditional form of puppetry that was particularly popular during the Edo Period. Osaka’s National Bunraku Theatre is one of the only places in Japan where the Bunraku art form can still be enjoyed. The puppets are beautifully crafted and it takes three puppeteers to move one puppet.  The shows are wonderful to watch and offer an alternative way end the day. 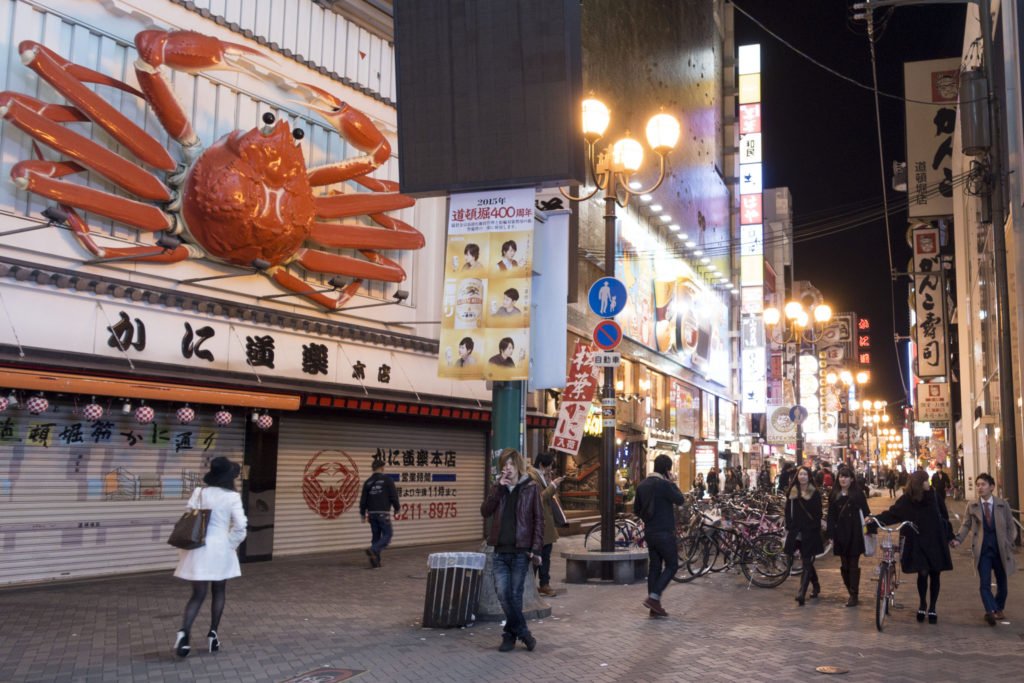